I’m not going to lie, but 2010 was a pretty good year film wise. Of course it started off pretty weak, got a little bit better in the summa time, and then come the fall to winter season, it was just simply bangin’! I had a great time with watching films this year, and these were probably my 10 favorite, even though I almost enjoy all visits. Don’t forget to click on the titles to get the full reviews.

P.S. Sorry that this is so so so late, I just needed more time to watch the very good movies of the year. 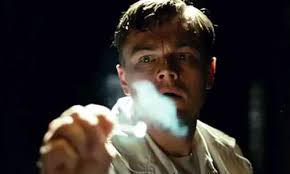 A film everybody disliked because it wasn’t a masterpiece like everybody was expecting from Scorsese. Still very mind-boggling at times, and shows you that Scorsese really can do it all!

One of the more entertaining films of the year, about a guy in a stuck between a rock. Never though Danny Boyle could have pulled it off, but he does, and with Franco there, it’s even better.

Much like 127 Hours, very entertaining even though it takes in one place. Kept me on the edge of my seat the whole time, and proves that Reynolds could also be a force to reckoned with when it comes to dramatic acting.

Shows that Ben Affleck is not just a flash in the pan when it comes to directing. When it comes to the well-picked ensemble, and awesome heist scenes, this film is a reminder why “cat-and-mouse game” films are so fun to watch.

Completely messes with your mind, mainly because of the tense direction from Darren Aronofsky. Also, Natalie Portman plus Mila Kunis lesbian action! What’s there not to enjoy.

Basically the total downer of the year, but Williams and Gosling make it worth your while. Definitely not the perfect date movie however.

One of the more entertaining times I had at the movies this year, mainly because this was my Christmas treat this year. But it’s the ensemble that shines, and Bale will hopefully finally get that Oscar he has deserved for a long time.

I know everybody will be shocked to see this isn’t my favorite of the year, but it still is an amazing film. Perfectly acted, directed, and written, and made me feel pretty guilty about using a site that has become second-nature to me.

One of the more original and thrilling films of the year, and proves that Christopher Nolan is one of the perfect minds in film right now. Also, one of my favorite posts of the year, as it was my most read, and I also had a great time writing it.

The only 10/10 this year, and down right deserves it too. It brought me back to the good old days of watching the first two, as well as playing with my toys, and those last 10 minutes had me crying like the big baby that I’am. Loved it so much, and will always keep a special place in my heart.

Other Films To Mention

A film that not many liked, but I took it as what it was, and was totally surprised with everything I got. Deserves everybody’s attention, and has a hilarious double performance from Norton.

I Love You Phillip Morris

Should have been released like 5 years ago, but it came out this year, and was I ever so glad. Jim Carrey gives one of his best performances of his brilliant career.

Date Night
One of the bigger surprises of the year, and although not many others enjoyed it as much as I did, this still provided plenty of laughs I needed so early in a year like this.

Well everybody, that was my top 10 in the year of 2010. Some may hate me, some may love me after they read this list, but either way doesn’t matter to me because I still had a great time. I want to say thank you to all of you out there, who have always taken time out of your day to either comment or read my reviews. I know my writing may not be the best, and I know that I’m not the most coherent reader of all-time, I just enjoy writing, and watching. Thank you all for this year, and here’s hoping that 2011 is even better!

So long every0ne, and remember, always read and comment! Thank you!