Well, well, well. 2016. What a year. Perhaps one of the more controversial ones in recent time, where we not only elected a reality star into office, but saw the deaths of one too many beloved figures. That said, it was also a year chock full of, surprisingly, really good movies. While 2016 did see me grow up a tad bit and start to look at movies in a far more subjective manner than I used to, much to my surprise, I still found a lot more movies to love this year, than probably since 2012 (meaning, that it was harder to actually choose just ten, this year).

Enough said, though. Here’s my Top 10 for a pretty remarkable year, if only for the movies listed here: 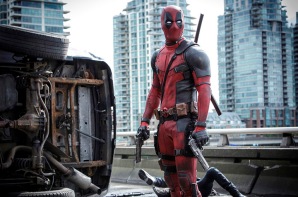 10. Deadpool
In the years since Iron Man, there’s been an awful lot of superhero movies to bite on – perhaps more than is necessary. And because of this, most of them tend to be just “fine”, or “okay”, almost to the point of where it seems like average mediocrity will continue to forever and always be the norm when it comes to the superhero genre, so long as the people are still buying tickets and merchandise. And that’s why something like Deadpool is so lovely, magical, and well, rare – it’s the kind of superhero movie that’s so crass, so odd, so unique, so original, and so in-your-face, that it basically challenges all of the others against it. While there is no doubt in my mind this may bring on some lame copycats within the genre, just know this: Deadpool is a great movie in its own right and it may be one of the better superhero flicks, ever. Yup. Said it. Not going back, either. 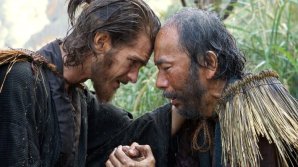 9. Silence
As far as passion projects go, Silence is one of the better ones to have ever come out. It was Scorsese’s dream to make for the past three decades or so and by the time he finally got a chance to fulfill that dream, well, it really did pay-off. Sure, is it slow? Yep. Is it a little vague on its meaning? Perhaps. But is it emotional, compelling, affecting, and felt on such a deep and personal level, that you can almost hear Marty sobbing behind the camera? Definitely. And that’s why Silence, while not a perfect movie, is still a stunning one: It shows us that a master like Scorsese, someone who doesn’t have to prove anything more to the world, still has stories to tell and will continue to do so until he can’t even see anymore. And who knows if he’ll even quit then, quite frankly. 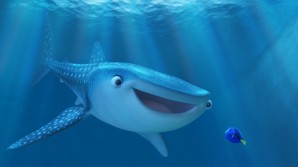 8. Finding Dory
Sure, Finding Dory probably won’t go down as Pixar’s best movie, ever, but then again, which one can we really say is? Up? Toy Story? Toy Story 2? Toy Story 3? Finding Nemo? Wall-E? Inside Out? There are so many options to choose from that even a movie a like Finding Dory, where it’s clear that it’s following a pretty familiar thread, can still hit one out of the park. It’s the rare sequel that I didn’t care much for, going into, then I saw it, cried my eyes out and realized that yes, we did need this tale to be told and guess what? I wouldn’t have a problem if they continued to do on with Dory, Nemo, and Marlin. So long as Pixar keeps itself on the right track. (Also, bonus points for the best Sigourney Weaver cameo of this year) 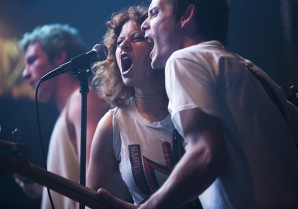 7. Green Room
Absolutely, positively and without a doubt, not just one of the most brutal movies I’ve seen this year, but in perhaps the past five or six, or maybe even more. I don’t know. What I do know is that very so often does a movie as gory, as brutal, as painful, and as grueling as Green Room come out, without it feeling like it’s taking cheap-shots. Most of the time, we’ll get these low-budget horror flicks, that just love and crave the attention of being as torturous and as nasty as they can be, but there’s no rhyme, there’s no reason, and there’s sure as hell no cause for it all. In Green Room, the rough, the ragged and the honest-to-God brutality is expected and it goes over so many borders and edges that, after awhile, you sort of just give in and let it do it’s thing. If anything, Green Room didn’t just remind to never step foot in a Nazi club in the first place, but to never, ever forget the name “Jeremy Saulnier”. Man, that guy’s going to do some great things. Can’t wait. Also, RIP Anton Yelchin. A talent gone way, way too soon. 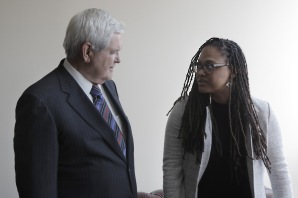 6. 13th
With the year we’ve had, you’d think that a documentary like the 13th, that’s about the racism and imprisoning of any and all African men and women in the United States, would be too much, but man oh man, did we need this. It’s already dealing with such a hot-button topic in the first place, but what Ava DuVernay does, as a director, is tell each and every side to this story. That means that not only do we get to hear from the people that support what sort of angle she may have, but the opposite as well. Sure, it sounds simple and obvious that any documentary should do this, but so rarely, do we ever get it as present as it is here; after all, DuVernay herself takes a bite out of Trump, but also doesn’t forget to nibble at other political persons just like him, like the Clinton’s, the Bush’s, or even the Reagan’s. Definitely a must-see and hey, it’s on Netflix. So getsa streaming!

5. Manchester By the Sea
As a writer and director, Kenneth Lonergran hasn’t done much for me. Both of his movies (Margaret, You Can Count On Me), while are both entertaining and well-done, still didn’t quite connect. They didn’t seem funny, dramatic, or even tragic enough to really go deeper than perhaps Lonergran himself wanted them to. But it all came together so perfectly well with Manchester By the Sea, the movie where it seems like everything Lonergran has ever wanted to do, finally pays off. It’s the one movie where, one second, you’ll be belly-laughing till it hurts, and then, the next scene, bawling your eyes out as if a dog died. The performances are all great and sure, Casey Affleck will probably win the Oscar, but the way I look at Manchester By the Sea, isn’t an actor’s showcase, but a showcase for a writer/director who may finally get the chance to break out of the indie-world and really tear out our hearts some more. 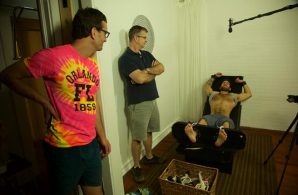 4. Tickled
I know that I’m probably going to get some heat for this choice, but so be it: I’m putting the documentary about underground, competitive tickling higher on my list then 13th. But here’s why: While 13th is a solid piece with facts, upon facts, upon facts, and then some more, Tickled is much more of a movie, in the sense that we get a story, a start, an end, a conflict, a cast of colorful characters, and guess what? It’s all real life. The movie starts out as a simple look into this weird world of competitive tickling that probably no one has a clue about, but about half-way through, it all changes into something far more strange, with tension, controversy and suspense everywhere you look. It’s the rare kind of documentary that literally unravels before your very eyes and because of that, it’s hard to ever get bored. Tickled does bring up some fair and honest points about the internet, what constitutes privacy, and just how far some people will go into this world to achieve any and all sorts of power that they can hold, but it’s also a ride and an adventure that I’ll soon never, ever forget about. 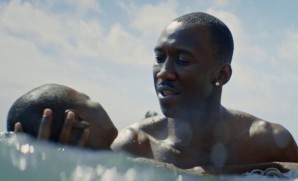 3. Moonlight
One of the more unique and emotionally draining movies I saw this past year and man oh man, I have not stopped thinking about it since. Sure, a good portion of this pick has to do with the fact that it’s become so loved and adored by critics, audiences and even Oscar-voters, alike, but you can’t blame me – movies like Moonlight often go under-the-radar and are only ever heard from hardcore cinephiles, or addicts to Netflix. It’s a small, subtle and absolutely raw look inside the life of a person we never thought we wanted to know more about, but by the end of the two hours, you’ll absolutely want to see what happens in his life next. Honestly, would have been a tad higher had it not been for Naomie Harris’ performance. Why I’m the only person to have a beef with the way she played her role, must just be my own personal issue. Oh well. Still a great movie and yes, Mahershala Ali deserves that Oscar. 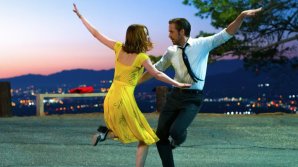 2. La La Land
In a year like 2016, trust me, we needed La La Land. It was one of the sweetest, most enjoyable, loveliest, and most exciting movies of the year, but it also didn’t wear out its welcome, like most musicals so clearly do. In a way, too, it’s also the very rare musical where, yes, there is a compelling story to accompany all of the tracks and tunes and yes, you do want to see how it plays out. I’d say more about this, except I think I bruised my fingers typing about it in my review, so if you want to know more of why I loved it so very much, just check that out. 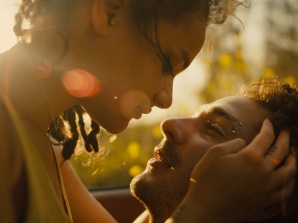 1. American Honey
No matter how many years go by and how many more great and exceptional movies I see, I’ll never forget American Honey. Just going into it, knowing the cast, the crew and the run-time (164 minutes), I had no idea what to expect, yet, at the same time, didn’t really know if I wanted to be sitting, watching what I was about to watch. Then, the most enjoyable, most exhilarating, most emotional and most compelling near-three hours of my life occurred and I had no clue what to do, think, or feel. Seriously. I hate sounding this corny and melodramatic, but honestly, American Honey did a number on me. It made me want to go out and explore the world some more; meet all sorts of wacky, wild and interesting people; fall in love with something that wasn’t my laptop; and dammit, man, it made me want to hang-out with Shia LaBeouf. Seriously. This doesn’t happen to me often, people and you know what? It may never happen to me again. That’s why American Honey isn’t just my favorite of 2016, but my favorite in the past couple of years or so. See it. Please. Just see it.

And there you have it, folks. Two movies I really dug this year and forgot to include (Captain America: The First Avenger, the Invitation) were pretty great, too, but honestly, there just wasn’t much room. Either way, see them, in addition to the other ten here and consider yourselves lucky and happy individuals.