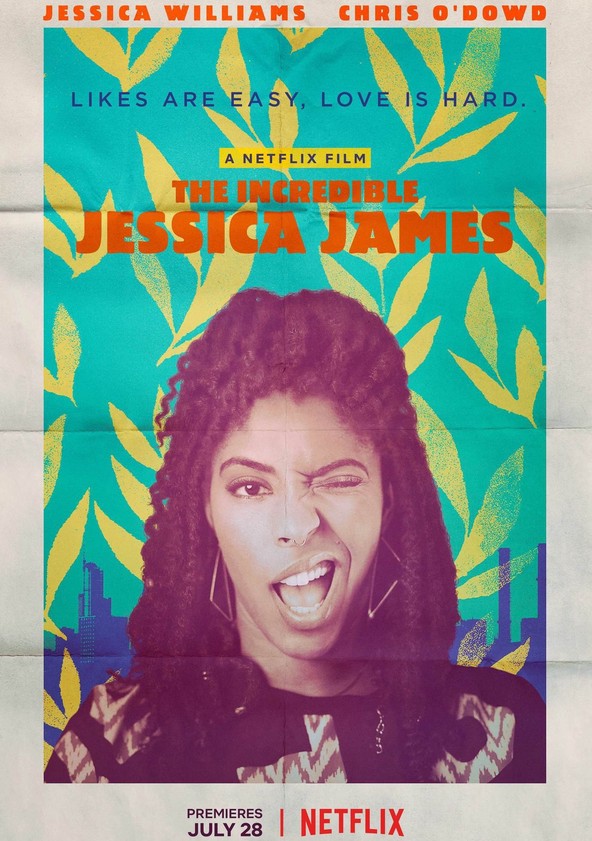 Always fall in love with an Irishman. It works everything out.

While supremely talented, Jessica James (Jessica Williams) is also a very frustrated playwright currently trying to live and survive in the Big Apple. After a recent break-up and a few job opportunities that fell through, she doesn’t quite know what she wants to do with her life, nor does she really expect all that anything great to come of it; she’s sort of just coasting by, hoping for that big break that all us young folks hope and pray for. But in the meantime, she begins to date Boom (Chris O’Dowd), an older dude who is also getting over a recent divorce and doesn’t quite know what he wants to do, either. Together, the two create something of a nice little relationship that isn’t too serious, or meaningful just yet, until well, it gets to be that. Then, the two are left wondering what’s next, not just with themselves, but with each other.

The Incredible Jessica James is another entry into the long list of small, character-based movies that Netflix, finds, picks up, and actually does a nice little favor for. After all, it’s the kind of movie that won’t win any awards, won’t change the world we live in, nor will it ever shake up the foundation of the future of movies to come. It’s just fine, simple, and easygoing enough to work, which is why it’s a nice, pleasant watch.

Now, is that so bad?

Writer/director James C. Strouse is good with these kinds of movies because, even while he likes to get a little head of himself with the sometimes zany comedy, he also doesn’t forget that what makes movies like this worth watching and compelling, is because of the interesting, relatively likable characters worth sitting around for. They don’t have to be perfect, nor do they have to be total and complete a-holes – they just have to be people that we want to sit around and watch for an-hour-and-a-half. And he’s lucky that he’s got someone as solid as Jessica Williams who seems like she’s on the brink of stardom by now and her next step will surely be watched.

Which is a good thing, because Williams is a likable personality on the screen. She’s funny, smart, but also not a little afraid to be vulnerable throughout this movie when it helps us understand more about her. It’s conventional to have her constantly dream of her boyfriend and not totally be able to get over him, but Williams is smart enough not to just make her play that whole aspect, the whole time. There’s more to her, like the fact that she’s actually trying to make a name for herself, is ambitious, and yes, also wants to figure her shit out, way before it’s too late.

In other words, she’s just like any other young person.

And as her possible love-interest, Chris O’Dowd is good, mostly because he’s doing everything he does: Be Chris O’Dowd. And honestly, that’s fine; the guy is so charming and fun to watch, that even a scene where he’s just standing there, is more than enough pleasure. It does help that he and Williams have a solid bit of chemistry, too, where they not only seem good for each other, but are also different in certain ways that perhaps make them more compatible. Sure, the movie wants us to believe it’s true love, but it’s also not a bit afraid to show us why they may have certain small issues down the road.

Once again, it’s just smart writing, plain and simple. It’s not a perfect movie at all, but it does what it needs to do and that’s give us a normal, everyday person, the spotlight, if only for a bit. The movie doesn’t try to make any point about race, or even gender, which is fine because it’s not that kind of a movie. It’s just a sweet, little indie. Plain and simple.

Consensus: With a charming pair of leads, the Incredible Jessica James gets by on its sweet likability and everyday appeal.