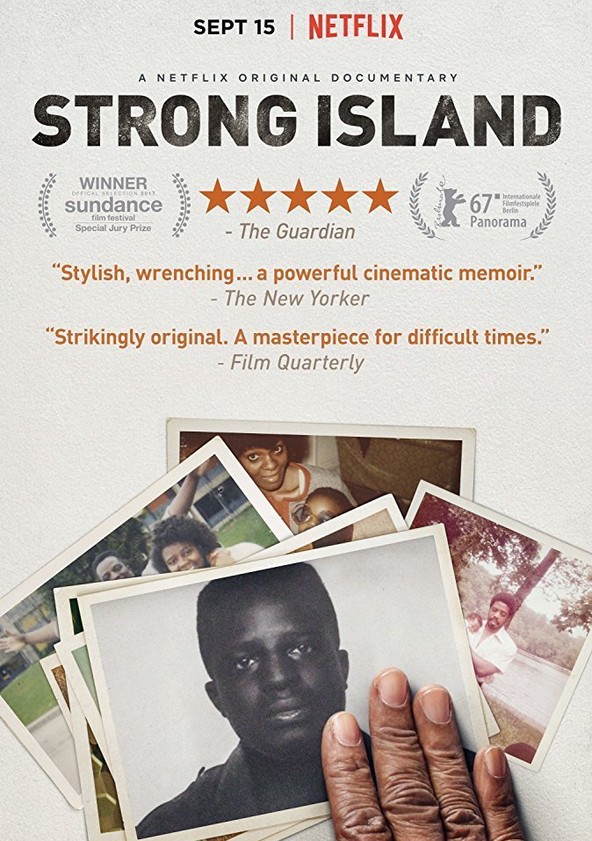 Despite a relatively rough upbringing, Yance Ford’s family was a pretty simple and lovely one. Her parents got along and were clearly in love, she got along well with her sister, and oh yeah, she was incredibly close with her older brother, William Ford Jr.. And while everything was looking all great and wonderful for them all, it all changes when William is shot and killed in a parking-garage. But why? What lead up to all of this? Could it have been prevented? If not, then what else could have happened? And well, how did the guy who shot and killed William, get away with it? These questions, as well as many more, are all brought up and, possibly, even answered.

The one thing that keeps Strong Island away from being the most perfect documentary I’ve seen this year, is that it really does leave a lot left up in the air when all is said and done. For some odd reason, it’s being advertised as a true-crime documentary, on Netflix, which means that tons and tons of people will be flocking to see this great injustice being done and how they can come up with their own theories about it, much like they did with the Jinx and Making a Murderer. Sure, while there’s a murder in the center here, the movie doesn’t just keep its focus solely on looking at the facts and thinking of other conclusions, as much as it asks questions, gets the answers, and then continues to ponder them, over and over again, until it’s all burned and etched into the ground.

But still, the fact that it’s kind of a true-crime documentary, does make it feel a bit disappointing, when we get to the end and realize that there’s a lot left to discuss. It may be deliberate and probably the point, but it’s hard not to feel like there’s something more just waiting to be explored and taken another look at. When we will get that, who knows?

Honestly, though, it really doesn’t matter.

Strong Island is still, all issues aside, a very powerful and moving documentary that will take you by surprise with its methodology. Yance Ford goes out of his way to ensure that we get the full story and nothing but the truth, which helps us not only trust him, as a film-maker, but also all of the facts that are being thrown at us. Some of them may be bull-crap, but for the good part, Ford has gotten together a real rag-tag group of smart and trustworthy people who leave their souls out here on the line, with each and every interview. Having them talk directly to the camera, too, may seem like a bit of an Errol Morris rip-off, but it still works and seems like the only way you could tell something as tragic and as upsetting as this: Without ever shying away one bit.

And with Strong Island, while Ford talks about the murder and the botched investigation into it all, really, it’s a movie about forgiveness, regret, guilt, and above all else, family, the bonds that are created by it, and how, when push comes to shove, blood is thicker than water and it’s all we’re going to have. Ford gets the chance to interview two of the last surviving-members of her family and not only do they offer a lot to the whole product, they also genuinely make us think long and hard about our own families, as dysfunctional and/or weird as they may be.

Then again, every family’s got a little something weird going on, so it’s okay.

Like I said, though, these interviews take up the whole film and while they can sometimes get a little long-winding and especially, repetitive, we soon find out that, oh wait, that’s the point. The movie isn’t trying to be the most polished or assured piece out there as much as it’s just going where the stories and the interviews take it; the fact that it’s a beautiful movie to look at is helpful, but still. It’s the kind of movie that takes time to get used to, but it’s worth it. Each and every sigh, tear, and painfully awful silence.

Consensus: Even though it leaves a lot up in the air by the end, Strong Island is still a powerful and incredibly emotional doc about family and an injustice, giving us a fresh, diverse voice in Yance Ford.