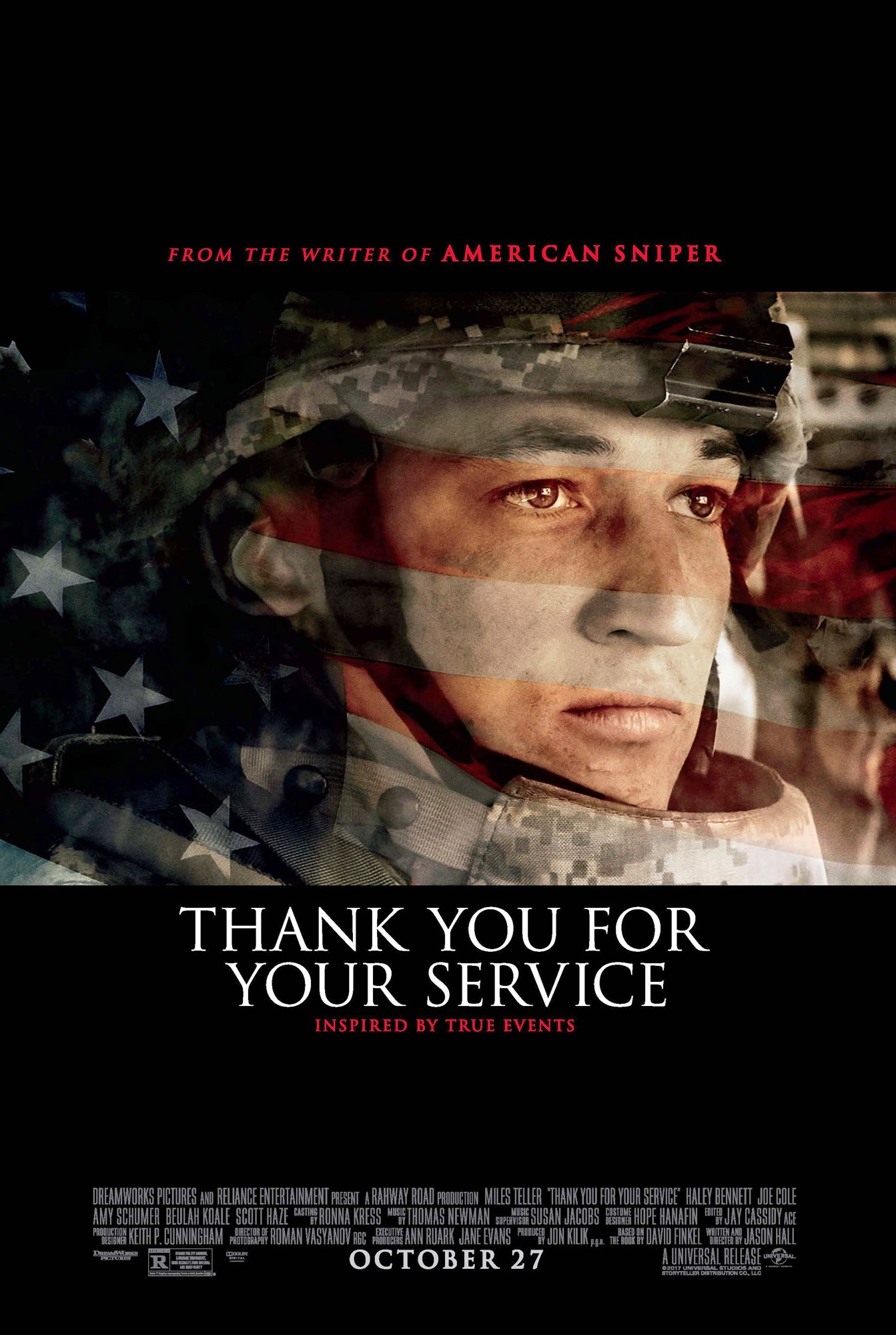 Thanks for defending our country. Now beat it!

Sergeant Adam Schumann (Miles Teller), Specialist Tausolo Aieti (Beulah Kole), and Will Waller (Joe Cole), are all soldiers finally returning home after a year-long stint in the war. It was a rough time for all of them, but now they’re just happy to be home and, hopefully, re-adjust to the lives they left behind. However, that’s not so easy for them, especially considering what each one had to go through while they were over in the battlefield. For Schumann, he doesn’t know how to connect with his wife (Haley Bennett), or the rest of his family; for Aieti, he’s also having issues with his wife (Keisha Castle-Hughes), but also seems to be suffering from incredibly psychological problems, too; and Waller, after returning to an empty and abandoned home, with no wife and kids, struggles to make sense of what his life is. Each of them possibly want to return to the battlefield, but have to be medically-cleared, which is a whole other issue and of itself.

Thank You for Your Service is a movie that deserves to be seen because it reminds us, as a nation, what the men and women who went over to war, protected our country, in our honor and name, have to go through when they get back home, supposedly safe and sound from anymore of the troubles and evils of the world. Whether or not you agree with the war, almost doesn’t matter; the people getting involved with the war and fighting, deserve our sympathy. Not because they almost died and saw some horrific stuff, but because when they get back home, they’re not necessarily welcomed back with open-arms – it’s mostly a pat-on-the-back and shrug off to the side, without as much as a goodbye-note. It’s saw, awful, and above all else, disturbing and it deserves to be seen from all the world to see.

Does that make it a good movie? Eh. Not really.

That isn’t to say it isn’t well-intentioned, because it is. Writer/director Jason Hall, who wrote the script for American Sniper, seems like he has a good look and feel for getting his point across, without totally hitting us over the head with it all. That these soldiers, when they aren’t on the battlefield and at home, where there is no action whatsoever, seem trapped and confused, already tells us everything that we need to know, without so much as a piece of dialogue. It’s a smart move on Hall’s part because while you could see this direction as workman-like, the fact that he doesn’t get in the way of the real heart and message helps, too.

But then there are bits and pieces where it seems like Hall is getting a little over his head. For instance, a lot of the movie is just sitting around and watching as these guys try to adjust back to the life they once knew and as such, it’s interesting. Seeing how the system turns a blind-eye to them, or how their family-members, try as they might, just don’t seem to “get it”, is already enough action. Meaning, we don’t really need much of a plot, or even over-arching conflict – these guys trying to be normal and everyday like, is more than enough.

But then, like I said, Hall injects too much. There’s a whole subplot concerning Aietit’s character and the darkness he goes through, which not only feels phony, but a little silly. Why would this guy, who clearly seems to be suffering from major-trauma, continue on as something of a drug-peddler, where he’s not really acting violent, or getting all that much money. Also, there’s a lot of hallucinations and moments of pure insanity that, yes, get the point across, but do so in such a ham-fisted way, it feels like a disservice to those real soldiers who have actually been out there, fought, and lost their minds, as a result.

It’s as if Hall wants to be as subtle as he can be, trusting the audience to make up their own conclusions, but then turns the other cheek and doesn’t.

It’s messy and shows us that perhaps Hall could have benefited from the help of another director, who may have taken this already-compelling material, and kept it as such, without trying to do too much else. Thankfully, though, what Hall does well is that he gives his cast ample opportunity to make these characters seem like real people, even despite his sometimes odd direction. Miles Teller, for instance, gives another great performance as a young man trying to make ends meet in this world, one week after he already did the same thing in Only the Brave, a much better and more accomplished movie that deals with the same issues of honor, tradition, and brotherly love.

But really, it’s Beulah Kole who’s the stand-out, giving us a performance of incredible subtlety, whenever the movie seems to be doing the opposite. Half of his scenes are just him, sitting there, looking confused, out-of-whack, and having no clue of what the hell’s going on. It’s a brutally sad performance, but it’s a very good one and shows that the best way to get a message across, is by not having to say anything at all.

Consensus: Despite its good intentions and emotional look at the lives of these soldiers, Thank You for Your Service also suffers from a rather messy direction that does a lot more telling, than showing, when it shouldn’t have.