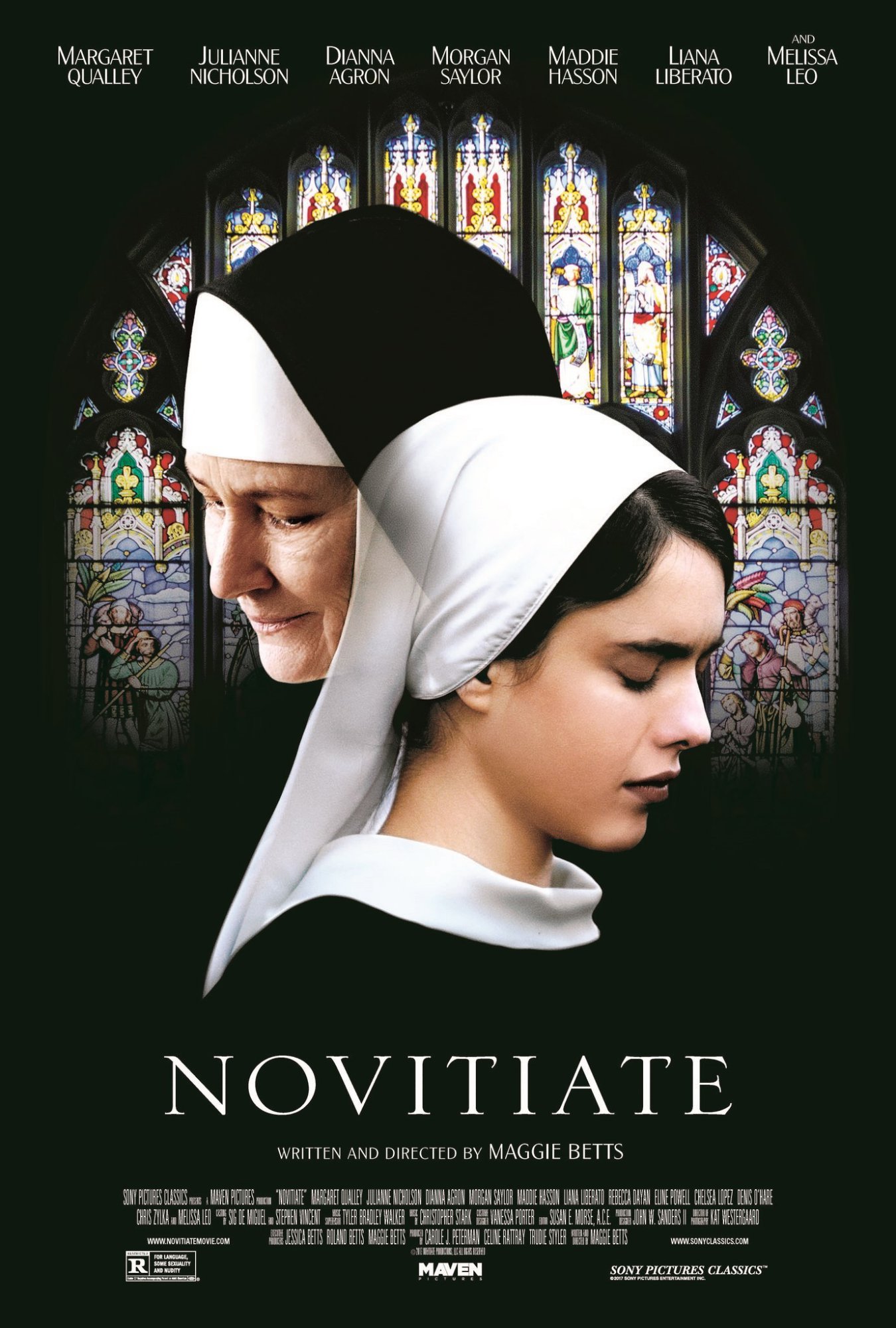 Trust in God. Not the nuns. They’re a little mean.

Once she turns 17, Cathleen (Margaret Qualley) decides that it’s time to leave her old life behind and join the Catholic Church to become a nun. It’s a decision that her mother (Julianne Nicholson), who is agnostic, doesn’t quite understand or fully support, but she doesn’t have much of a say in the matter – Cathleen believes that she’s had a calling from Jesus and has fallen in love with him. Cathleen enters a Catholic convent as a postulant under the tutelage of the Reverend Mother (Melissa Leo), who is known for her passion and grace in the world of religion. While there, Cathleen meets fellow nuns who are doing their best to stick with it, even if the responsibilities and rules are quite demanding and not all that understandable. But specifically at this point in time, during the early-60’s, the Catholic Church itself was going through a bit of a change, what with the planned reforms of the Second Vatican Council, in which the Church would show a much more open and accepting image to all those who wanted to have faith in God. Most within the Church got behind these rules right away, whereas Reverend Mother doesn’t, fearing that it may change the community forever and for the worst.

Novitiate doesn’t necessarily come off as a scathing indictment on the Catholic Church, or even faith in general, and it’s much better off for that. Writer/director Maggie Betts, making her directorial debut, seems to understand and respect those who actually fall in love with God, or whoever they praise, are willing to throw their whole lives completely away, and devote everything to prayer, abstinence, and spreading the good word of the Lord. While it may sound like a boring life to a normal layman, to those who are involved with the Church, it’s the greatest honor they can bestow and Betts doesn’t seem to be making fun of these people, as much as she easily could have.

Instead, she shows a certain sweetness to these people who devote their lives to God. But then again, she also realizes that there are a few bad apples who either, misinterpret the word of God and act out in heinous ways, or can’t keep up with their sacred notions and never seem to give up. Betts seems to be saying that while having God in your life can be a good thing, having it run your each and everyday life, isn’t, and it can drive people to pure insanity.

And as we all know, living in the world that we live in, this isn’t much of a stretch for Betts to make.

That said, Novitiate is an overall smart movie that doesn’t necessarily have an agenda, but shows us the Catholic Church during a transnational period, that they don’t even know or understand is quite as severe as it’s going to be. It’s not necessarily a stylish, or fully exciting movie – there’s a lot of walking, praying, sitting in silence, crying, and hushed-tones – but the movie creates a certain uneasiness just by doing this, that it’s easy to get compelled by. The movie is deathly serious and understated, therefore, never quite goes overboard or as insane as you’d expect it to be with some of these religious types, and it feels a lot more realistic for that. It’s less of a sympathetic-portrait of the Catholic Church, and much more of a humane one, where we see all the good, as well as the bad, within it.

The only pure instances in which the movie goes slightly a bit overboard is with Melissa Leo’s performance as Reverend Mother, but it still works. Leo’s presence here is a little shocking because you can always tell that she’s about to crack loose, but because she’s a nun and has to set a good example for the fellow nuns out there, she has to stay cool, calm, and collected. There are instances in which we see Leo lose all control and it’s scary, but not in the horror movie kind-of-way – it just seems like a person slowly losing grips with her own form of reality, and coming to terms with the all-too real one.

It’s a scary and powerful performance, and from Leo, I wouldn’t expect much different.

Everybody else is quite good in this supporting-cast, but really, it’s Margaret Qualley who remains the heart and soul of the whole project. As Cathleen, Qualley gives us a sad, somewhat scared character who keeps to herself, but is so in love with God and the Jesus, she can’t hold it all in. Through Cathleen, we see just how one can misinterpret The Word and it’s Qualley that keeps us on-edge, not knowing whether she’s going to crack and lose all control, or if she’s going to stay her meek and mild self. Through it all, we still sympathize with her; we know that she means well and even if she is throwing her life away, it’s her life to throw away. We just want her to realize that there’s more to life than the Church and to stand outside, in the real world, if only for a bit.

Consensus: Slow and a little languid, Novitiate surely follows its own pace, but is also a well-acted and compelling look at the Catholic Church, that’s neither judging, nor entirely sympathetic. Just honest and realistic.