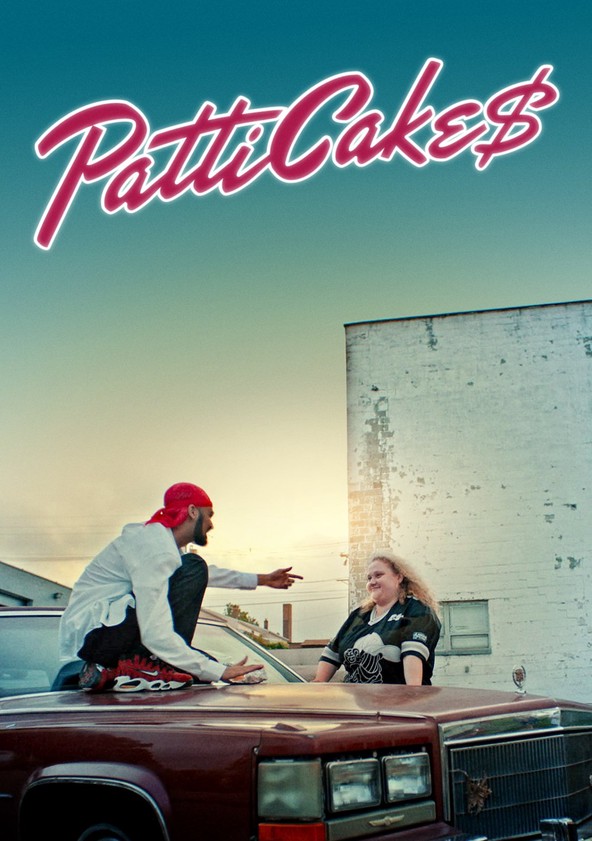 Give us all a beat. We can rap over it.

Patty (Danielle Macdonald) is just like any other young kid living in New Jersey: She dreams of a much better, richer, and happier life outside of the one she currently has. Instead, in her case, she hopes to one day be one of the biggest, best rappers around. It’s a dream that most people around her to just give up on already, but it’s one that she wants to achieve and alongside her best-friend, Jheri (Siddharth Dhananjay), she thinks it could happen. All she needs to do is get her name out there, which in turn, means getting a record-deal, getting on a stage, and achieving enough noteriety for her rapping-skills. In order to do this, though, she’s also got to bunker down and start saving up money, which as a result, keeps her away from her family who are already having a bit of a problem as it is, with her grandmother (Cathy Moriarty) near-death, and her mother (Bridgett Everett) always drinking and going home with random guys.

Patti Cake$ is a sweet movie that I wish I liked more. It’s like a much funnier, much nicer version of 8 Mile, what with the rapping and all, but it just never takes off or really goes beyond being formulaic. Sure, it’s another one of those interchangeable rags-to-riches stories, with a woman in the lead-role, but it’s still a conventional story that follows every line, beat by by (pun intended), and doesn’t really seem to have anything smart or interesting to say about these kinds of stories.

It’s just diverse and a little weird, which is fine too, I guess?

I mean, that’s why the movie’s still okay enough for me to recommend; it’s just different and charming enough to work. It’s the kind of crowd-pleaser that doesn’t ask much of the audience, except to have a certain understanding of hip-hop music and a general belief that dreams can still come true, even in today’s dark and cynical times. Which, once again, is fine, but it doesn’t really do much else beside that; it’s just a little weird, a little odd, a little funny, a little dramatic, and a little bit of all these different things, rolled-up into one.

And does that really equal something altogether compelling? Not totally. And it’s why Patti Cake$, try as it might, never fully congeals to something particularly ground-breaking, not that it really needed to, either. Writer/director Geremy Jasper seems to have an interesting idea on his hands and seems to take this material seriously enough to have us care for the characters, but also seems to really not be putting much other thought into the story itself.

But man, those characters. At least they save the day.

As the titular Patty, Danielle Macdonald is pretty great because she’s chock full of sass and attitude, but also feels like a young kid. She’s confused, interested, and a little annoyed, but she’s always hopeful of what the future may be able to bring and it’s nice that the character treats her with a great deal of love, humanity and respect. Her rapping-skills are quite good, too, which helps give her character an air of authenticity, even if the songs that she ends up making are absolute and total garbage, but hey, that’s neither here, nor there.

However, the real stand-out is Siddharth Dhananjay as Jheri, Patty’s best-friend/hype-man. Jheri’s a bit of a goofy character, in that he’s essentially a sidekick, who’s always there to push Patty forward and to continue on with her dream, but he’s also much more endearing, too. He’s genuinely looking out for her and wants the best her that she can be; the fact that he’s not in it for personal-gain, gives us one of the movie’s only real surprises. He’s charming and funny, but also kind of sweet, and he’s basically the heart of the movie.

Just why wasn’t it better?

Consensus: Even if it’s charming, Patti Cake$ is also a rags-to-riches, inspirational story with barely any shocks or surprises, that utilizes a good cast to its only real great strength.