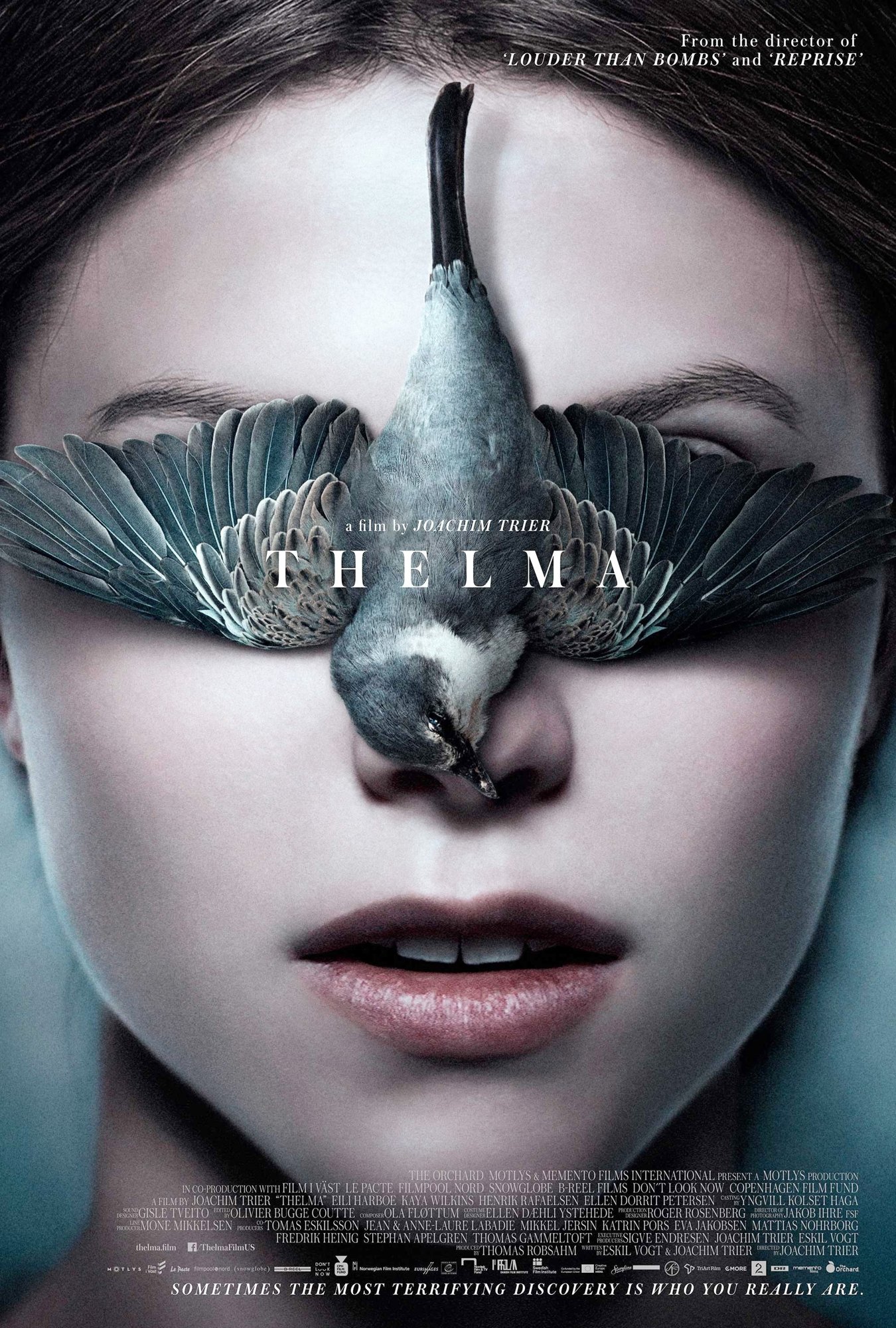 College blows. Especially when you’re a witch. Or something.

Thelma (Eili Harboe) is a college student who comes from a faith-heavy background and doesn’t know what to expect with her new surroundings. Her parents are very happy for her, but are also a little afraid that she will begin to question her faith, lose Jesus in her life, and become a much different person than they raised. But that turns out to be the least of any of their worries when Thelma begins experiencing extreme seizures. She has no idea where they come from, or when they’ll eventually hit her, but whatever it is, it isn’t anything good. That’s why she decides to live in the moment and allow herself to be open to anything that comes her way. Even if that means a relationship with a tall, dark and mysterious girl named Anja (Kaya Wilkins), even if it goes against everything that she was told and taught while growing up.

For awhile, Thelma is a smart, interesting, and complex coming-of-age that deals with heavier, meatier themes, but mostly, comes down to one girl realizing who she is, what she is, and whether or not she can still stick with having God in her life so much. It’s a movie that reminded me a lot of Raw, except in this case, it’s a lot smaller, subtle, and less bloody. But in another way, it’s also weaker.

Cause one of the key elements surrounding Thelma is the fact that co-writer/director Joachim Trier (who started his career off making some great movies, only to now lose it a bit), doesn’t handle the horror-elements all that well as you would want, or expect. Where Raw worked as an allegory for this one girl’s coming-of-age, while watching her tastes, functions, and overall personality change, Thelma doesn’t work as an allegory, because the horror-stuff doesn’t really make much sense. It can be about a girl wrestling with her faith and her needs, but it’s really just a chance for Trier to try and do some spooky-stuff, whenever he’s lost focus on the smaller, more intimate stuff with his characters.

Which is a shame because, once again, at the heart, Thelma is solid.

It’s smart and knows that it’s playing around with genre-beats and conventions, but also, knows that it wants to express certain ideas about a girl coming-of-age and finally realizing what she is. It deals with heart and truth, which is why the first hour, when all the supernatural beings are pushed to the side and only slightly hinted at, works and is worth watching. After that, however, it just gets way too insane and crazy, almost to the point of where it seems like Trier himself may have been bored.

And it’s a shame, too, because Thelma herself, as well as Eili Harboe, are interesting. Thelma’s a female protagonist that feels like a young girl, seeing and understanding the world for the first time, realizing that her faith-heavy upbringing is a little silly, and also seeing that she wants something in her life that she’s told not to have. Once again, it’s a lot like Raw in that it’s filled with a lot more darker-stuff and is subtle, but it still deals with a young girl, coming to grips with who it is, that she is and for that reason alone, it’s worth watching. We don’t get characters like this much anymore and it’s refreshing when we do.

Then again, it all comes back to the spooky-stuff and for me, it just didn’t work. I know lots and lots of people appreciated that aspect and didn’t mind the movie taking risks, but when your risks take away from what’s already strong and powerful as it is, what’s the risk for? To try something new? To show-off? Or to just not be bored by playing it small and simple?

For me, small and simple is all you need. Therefore, Thelma was more than I needed. Or even what I wanted.

Consensus: Though it begins as a thought-provoking and interesting coming-of-ager, Thelma soon delves into horror, supernatural-beings, and all sorts of other crazy junk that takes away from the heart and soul of what’s already there.