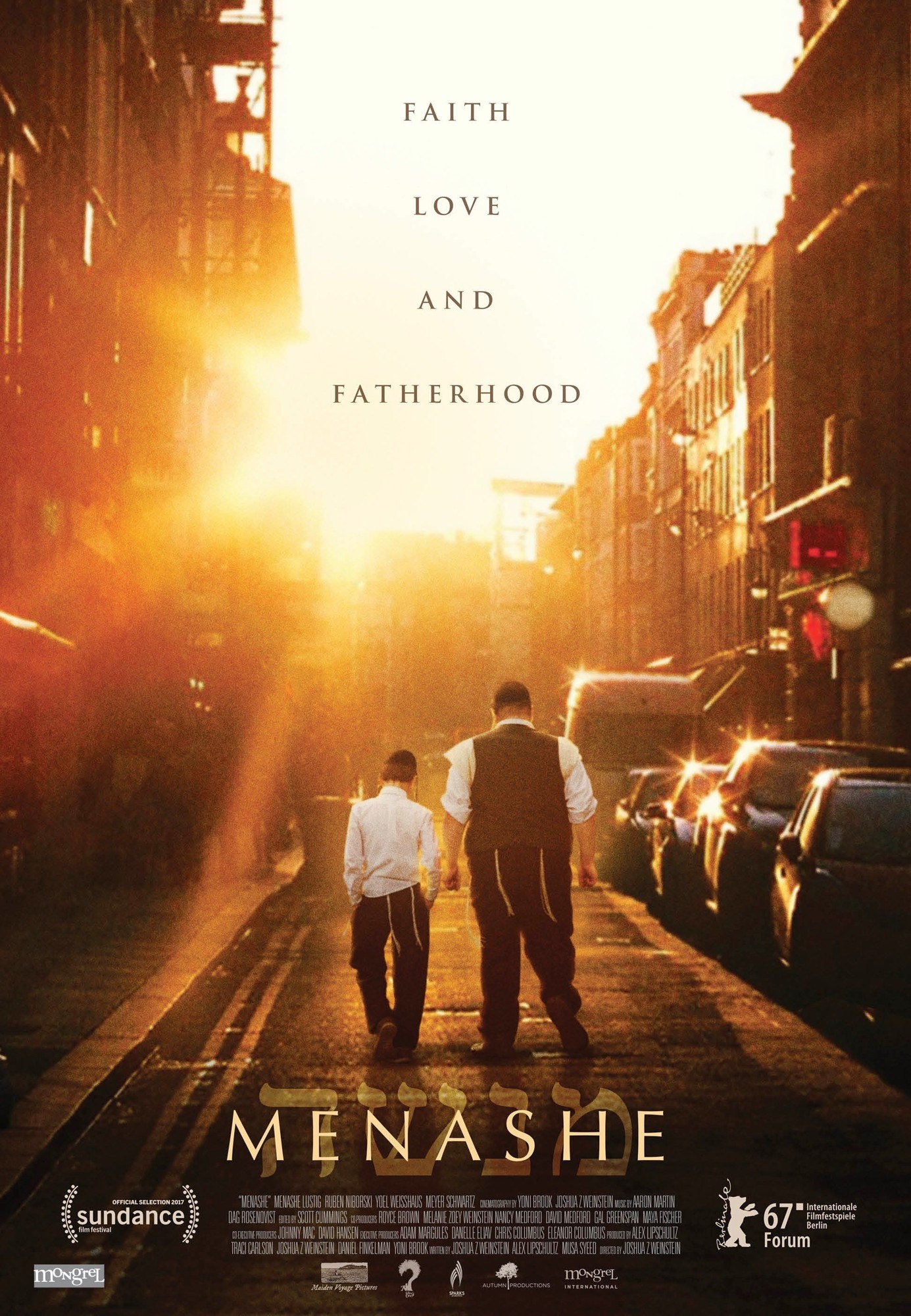 Be nice to your local Hasidic Jew!

Deep in the heart of New York’s notoriously secretive Hasidic Jewish community, Menashe (Menashe Lustig) lives and does what he can to just get by. His wife just recently passed and because of that, a lot has been happening; he’s been slipping as a father, as an employee at the local grocery-store, and mostly, as a member of the community. This is also the same community that feels if Menashe does not fulfill his duties as a spirited and hard-working father, they will take him away, raise him in a better environment, and ensure that said son grows up better than Menashe. It’s something Menashe clearly doesn’t want, but considering that he’s been having so many problems, it may turn into more of a blessing, than an actual curse.

With the Hasidic Jewish community slowly becoming the main focus and attention of everyone’s anger fairly soon, Menashe feels like a fresh breath of air that reminds us that, like a lot of troubled groups and cultures, there’s always those good ones trying their best to survive, get by, and most of all, break from tradition. With Menashe, too, it’s not as if the movie is showing us that the Hasidic Jewish community is awful and unpleasant; it shows us that this one man, after having already been through a lot as it is, may want a change of scenery. Some of that has to do with the constant annoyance from those within the community, but it mostly has to do with him just wanting to do something new for a change, and while he still can.

Does that mean that the community depicted here as saints? Not really. In fact, it’s a troubling-image that shows conflicts, age-old issues on women, sex, marriage, and family, and if anything, proves why the Hasidic Jewish community is already under fire. But still, like Menashe himself, they aren’t depicted as awful, inhumane human beings.

Just problematic, is all.

But still, Menashe, at its heart and soul, is a small, contained, sweet, sometimes funny, but also a little depressing character-study of this one man who, in all honesty, we don’t see depicted in film all that much. The last time I can think of a Hasidic Jew getting even the slightest bit of a light-treatment in a film was Fading Gigolo, and even then, it was still sort of too jokey and came off as offensive. Regardless, writer/director Joshua Z. Weinstein (hopefully no relation) does a solid job of keeping things moderate, simple and easy enough to where our focus is always on Menashe and nobody else.

And as Menashe, Menashe Lustig gives a pretty great performance that seems like there was a hell of a lot improvising involved, but it still works. As this big, bearded, somewhat out-of-shape guy, Lustig gives a great performance where he literally seems to be close to passing out in every scene and it works for the character; this man is already so out-of-it with the life he’s had, what’s happened to him, and what obstacles are left on his plate, that we honestly wouldn’t blame him for just dozing off. A lot of what happens to Menashe, or better yet, what he does, can often be comical, but it also still plays off as sad because of this man’s history, his tragedy, and why he’s so disheveled, the way that he is.

And this isn’t just the movie telling us this, either – it mostly comes through Lustig’s subtle, but honest performance.

We feel for this man, we wish the best for him and we want him to get better, but man oh man, it can sometimes be so hard to get behind him. He does and says dumb things, but because we have a context and a sort-of reason, then there is, at the very least, some sympathy. And that’s why Menashe is a true character-study, as it allows for us to sit by and watch this man, as he lives his life, making mistakes and decisions that will ultimately affect him in the long-run. We want him to do better, but we also can’t help but love to watch him fail and it’s what makes him human.

That said, at just 82 minutes, the movie can’t help but feel slight and a little too short. It’s almost as if Weinstein had enough money in the budget for a short, but stretched it as far as he could, without realizing that there needed to be something of an end, that didn’t just, well, end. It sort of just happens, you don’t realize it and it’s a bit of a shame. The movie could have gone on longer and would have probably benefited from it, too.

But hey, maybe that’s why we’re ready for whatever Weinstein’s got next.

Consensus: Though it feels too short, Menashe still works as a small, contained and interesting character-study of a community we don’t too often see portrayed, or at least, not in this humane of a fashion.

Photos Courtesy of: A24 Films