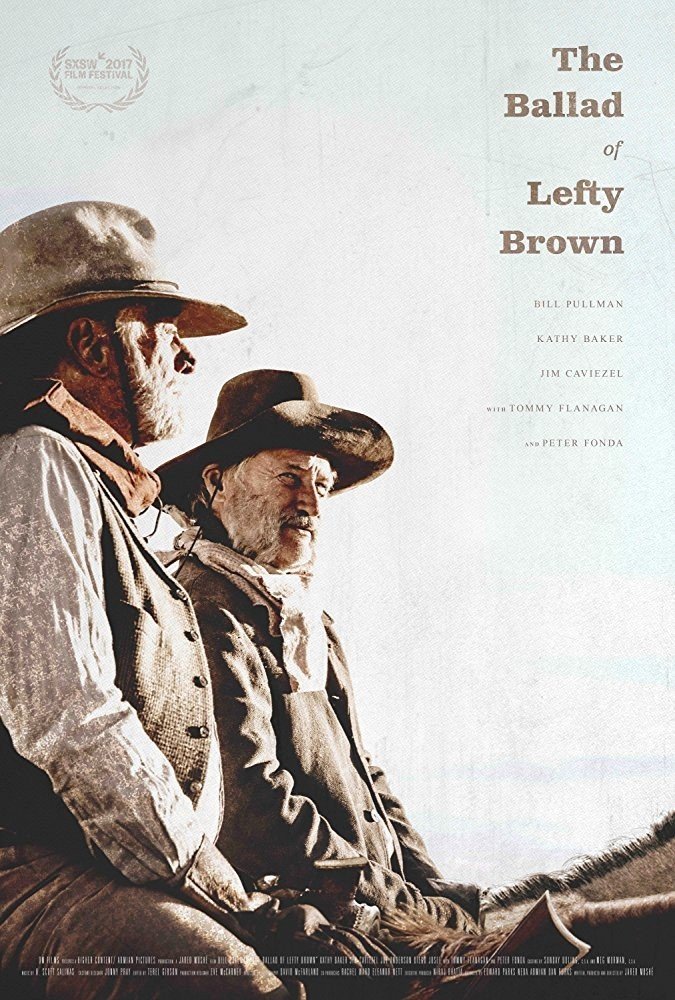 In the West, Lefty Brown (Bill Pullman) is generally considered a bit of a goof-ball. No one takes him seriously and because of that, he’s sort of had a reputation for a guy who everybody knows and likes, yet, would never fully trust to get a job done. It’s why he’s palled around with Edward Johnson (Peter Fonda), a rich land-owner, so much, working for him and earning some amount of respect. That all changes when Edward is shot and killed randomly, leaving Lefty out on a journey to track this killer down and avenge his good buddy. But back at home, while Lefty is on this adventure of sorts, Governor Jimmy Bierce (Jim Caviezel) comes into town and decides that he wants to shake things up, leaving the townspeople a little surprised, as well as Edward’s widow (Kathy Baker), who doesn’t seem to know what to make of the Governor’s many attacks on her land. Possibly, just possibly, there’s a cover-up in the works? And possibly, poor little Lefty is stuck to work it all out himself?

The Ballad of Lefty Brown is one of those sweet, small, simple, relatively formulaic, and easy-going Westerns that doesn’t ask too much of us, nor does it really want to change the world, or the genre. It’s just an honest good time that reminds how much fun you can have with a Western when you have solid writing, even more solid performances, and oh yeah, a couple of neat twists and turns. Does that make it a perfect movie by any means? Of course not.

But it does make it worth watching, especially because for what seems like the first time in forever, Bill Pullman gets the chance to have a lead role and it’s quite a great time. It’s interesting, too, because Pullman is basically perfect for this role of Lefty Brown; like Pullman, he’s charming and endearing, but also a bit of a goober who people don’t take seriously and don’t really seem to care about. He’s a general misfit who gets by on being simple and easy-going, which is why Pullman’s performance works so well, because we see the charisma and general likability to him, as well as a little bit of darkness, too.

It’s also why Jim Caviezel’s performance is pretty great, too, because there’s someone who, on the surface, seems relatively honest, but deep down inside, just wants more land, more money, and more infamy. It’s a role that seems perfect for the earnest-charm of Caviezel, as it shows us that there’s more going on behind the cracks. And yes, everyone else is pretty good too, and it’s why writer/director Jared Moshe deserves some credit: He gives talented actors a chance to do what they do best and it’s why we need smaller, more character-oriented movies such as this.

They don’t need to be Westerns. Or amazing. Or even near-perfect. They just have to be enjoyable and somewhat smart.

And that’s about it, folks.

Consensus: Though it doesn’t necessarily change the book on the Western-genre, the Ballad of Lefty Brown is a fun, enjoyable, and incredibly well-acted little piece.