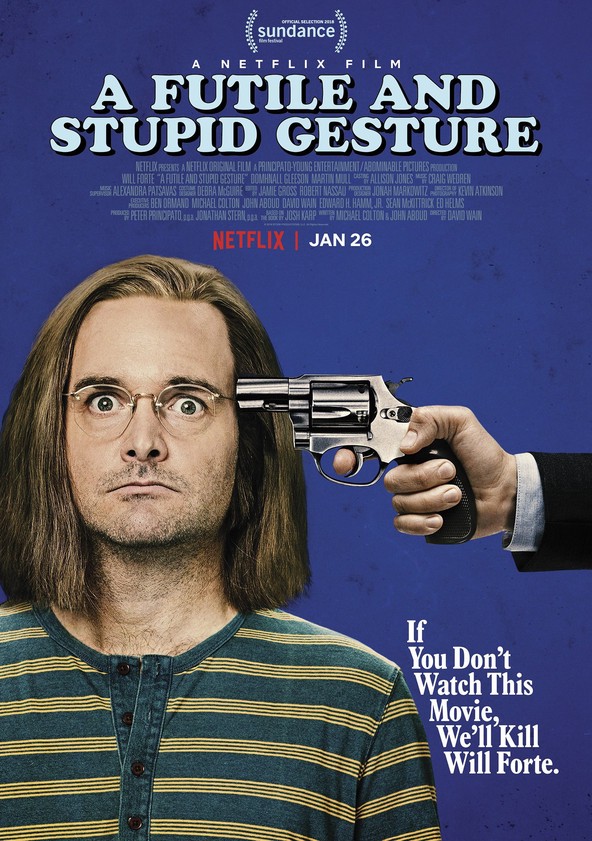 Remember magazines? Yeah, me neither.

National Lampoon was, at one point, one of the funniest, raunchiest, and most controversial magazines of its time and it all started with two small-town guys: Doug Kenney (Will Forte) and Henry Beard (Domhnall Gleeson). Together, the two forged something of a grand-lasting friendship that exceeded humor and got to the inner-core of who they were. But of course, they also found National Lampoon, in hopes that they would not only be able to get their skills out there for a large-audience, but that they could also be successful at it, too. Of course, they did become successful, garnering thousands of readers and plenty of writers, all of whom were just getting started before they reached bigger, brighter and better things. However, that was just the problem: Everyone was using National Lampoon as a way to get their foots in the door, so to speak, and left not soon after. It’s what would ultimately create a wedge between Doug and Henry, but have an even more lasting impression on Doug who, in the first place, was already battling his inner-demons and depression.

It’s easy to recommend A Futile and Stupid Gesture, but only after you’ve seen the documentary on National Lampoon’s rise-and-fall, Drunk Stoned Brilliant Dead. That film, as it is, gives us all the access possible for a documentary and uncovers just about all of what was going on behind the scenes of National Lampoon, its influence in modern-day culture, and why it was so revolutionary at its time. It gives you all that you could want and need with a documentary, and it’s why A Futile and Stupid Gesture can’t help but feel like extra-filler.

I have to give kudos to David Wain here for getting together such a huge ensemble cast of characters and still being able to spin something comprehensible and fun to watch. Most of the attention is kept on Kenney, his life, his issues, and of course, his brand of comedy, but the movie also doesn’t lose focus of his impact on the world of comedy and all of the insanely famous, talented people he was able to touch throughout all of the years. There’s a lot to pick at here and there’s a whole lot more ground to cover, which is why Wain shows us that he’s able to pull it off and still keep the attention placed firmly on Kenney, the person, and why he mattered.

And as Kenney, Will Forte is given a platform to highlight the talents he’s been sitting on for quite some time. Sure, we know he’s able and willing to be wacky and funny, but not since Nebraska, have we seen him fully utilize his dramatic-skills, and it’s why his smaller, more humane moments are the most compelling parts of A Futile and Stupid Gesture. We don’t get a whole lot of them, but the times where we do see the true sadness and darkness lurking behind the eyes of Kenney, it’s a solid reminder that Forte is able to and can do great dramatic-work.

He just has to be given a platform to do it.

That said, the movie itself never quite reaches the darkness that the material itself promises. We get a bunch of flashbacks to Kenney’s upbringing and why he is the way he is, but really, it all feels like tacked-on melodrama. How and why Kenney used comedy as a guard for his depression, is hinted at, but never fully explored and it almost feels like Wain himself is almost a little too scared to get too drop-dead serious. It’s as if he’s having too much fun with the cast, the characters, the setting, and the jokes, that when it came time to get serious for a second, or even a little more, he just didn’t want to.

Sometimes, that’s okay. But here, the seriousness needs to happen.

Consensus: There’s a lot of spinning-plates in A Futile and Stupid Gesture, but mostly, Wain pulls it off with a fun ensemble and interesting, if imperfect, look at the life of Doug Kenney and the influence he continues to hold.