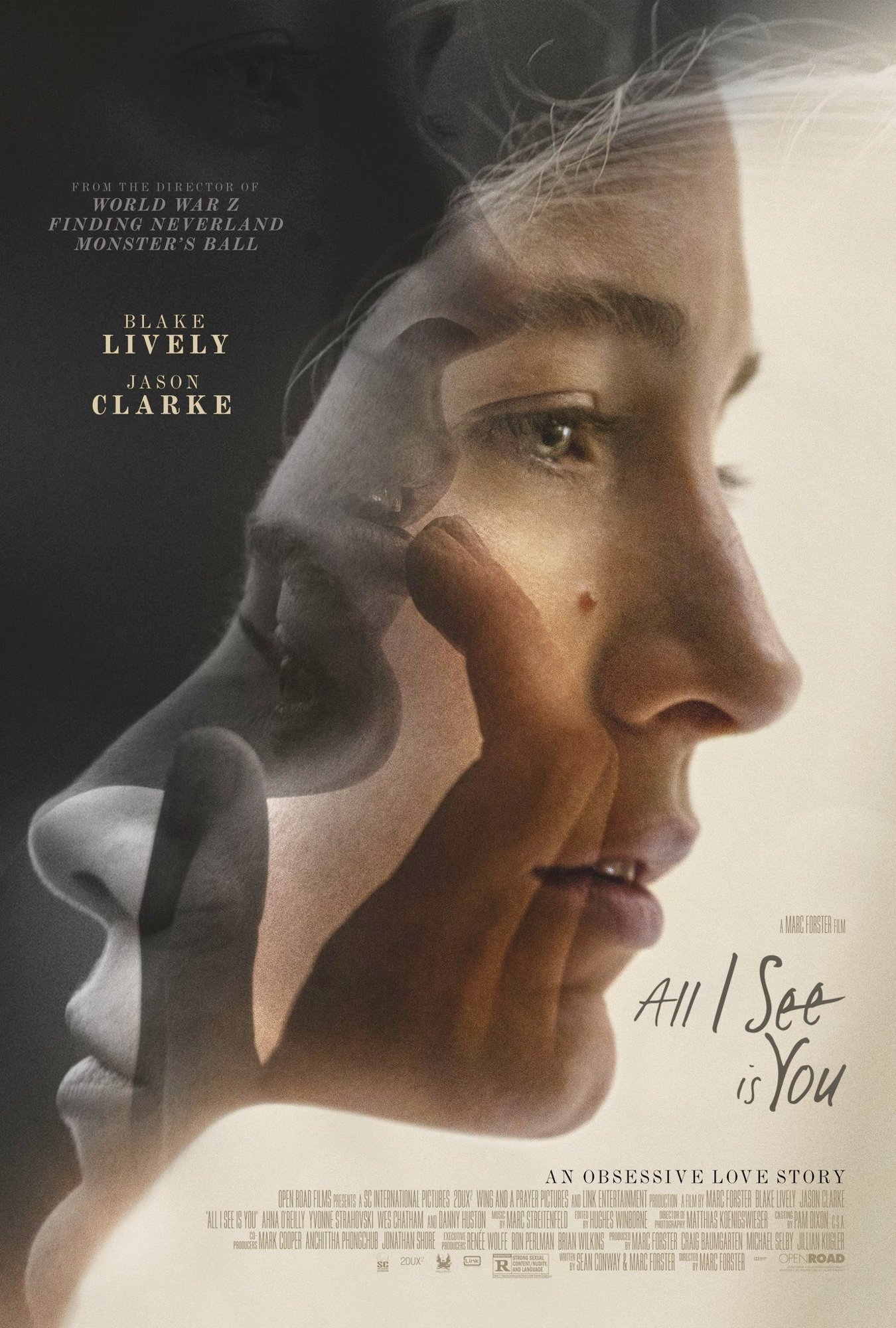 Gina (Blake Lively) has been blind ever since she was involved in a car-accident that killed her two parents. Since then, she’s gotten by on her pure wit and skill of figuring things out. Also, she’s gotten by on the help and aid of her loving husband, James (Jason Clarke). Together, the two are doing their best to make something of a life and a family in Bangkok, where he’s currently stationed at for work and where Gina is free to roam around, so long as she knows where she’s going and can, at least, stay safe. But then, things change when Gina gets a life-altering surgery on her right eye, allowing her to see nearly everything around her – I say “nearly”, on because it’s clearer, as opposed to being perfect. And while this is great news for James and Gina, it turns out to not be such great news when the later realizes that everything and everyone around her, maybe aren’t the things she wants around her.

All I See Is You is a very odd movie that definitely doesn’t get do everything right. Then again, you could make the same argument for just about every other movie Marc Forster has directed; he’s always had his sights set on high-flying and wild ambition, and while they don’t always hit their marks, the effort itself is something to praise. And with All I See Is You, Forster has to do a lot of juggling between moods, subplots, themes, and genres, where it’s not always clear where he’s headed, or what he’s trying to say, but the ride is sometimes so beautiful and weird that it almost doesn’t matter, right?

The main issue with All I See Is You is that it promises to go deeper and more meaningful with its premise, but ultimately, doesn’t. The movie makes a smart decision in allowing Gina to live her life and not always make the best, most glowing decisions one person in her situation would make, and just when you think it’s going to have something interesting to say about her, her life, her actions, and who she is as a person, it backs away. It’s as if Forster himself was too carried away with the eye-catching visuals and psychological-weirdness, that actually discussing more and more about Gina was almost too much.

And writer Sean Conway deserves to have some of the blame, too, because the script has got so much going on, without all that much power and emotion, it’s a bit of a problem. After awhile, it just becomes a movie about a couple of insufferable people, trying to get by in the world, with one being blind, one being frustrated, and both not really knowing what to do with each other next. Sure, that sounds interesting, on paper, and with two solid actors like Jason Clarke and Blake Lively, it gets even juicier, but the movie never really takes off as much as it should have with that sort of pedigree.

Save for a few hot, steamy sex scenes that help bring a little spice and sizzle.

Once again, I’m not entirely sure because the movie can be so odd and random at times, that you just learn to roll with it and see where it lands next. It helps, too, that Lively is quite great in a role that gives her a lot to do and she can, for the most part, rise above the sometimes weak material. But like I said, the movie’s way too over-the-place to fully trust in it, or in her, and hope that it’s got your hand, holding while this ride goes on.

Consensus: Weird, beautiful, and strangely original, All I See Is You gets extra points for being something of a dreamer, but ultimately, can’t handle all of the dreams, ideas, hopes, ambitions, and meanings it has juggling around in its noggin.