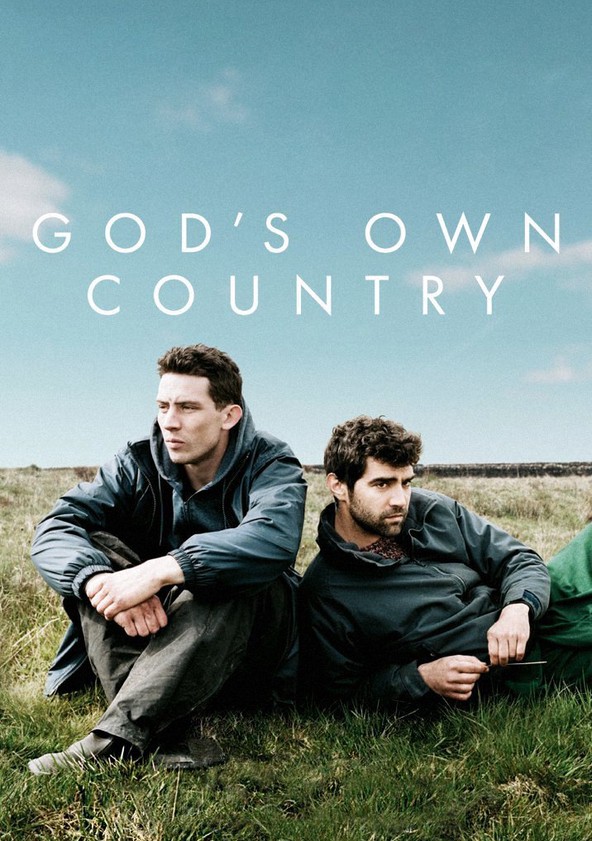 Nothing like an old-fashioned roll in the hay. Or mud. Or sheep’s blood.

Johnny (Josh O’Connor) has just graduated high school and while everyone around him went of to college, the big city, and made something of their lives, he was sort of stuck at home, on the farm, tending to the animals, and most of all, his family. After his father (Ian Hart) suffered a stroke, the family’s been in desperate need of Johnny’s aid and while he’s there to give it, he’s not too happy about it, with most of his nights ending in him either pissed-drunk, or having some sort of crazy sex in the local bars’ bathroom. But things get a little bit different around the farm when the family hires Gheorghe (Alec Secareanu), a Romanian migrant worker who is there to assist with the awfully pain-staking times that can be lambing season. And although the two don’t quite get along at first, after awhile, Johnny and Gheorghe begin to come together and realize that they don’t have to fight and hate each other for stupid reasons.

All they can do is f**k and leave it at that.

While everyone and their mothers was going absolutely nuts about Call Me By Your Name (and yes, I was one of them), God’s Own Country, another gay-themed film featuring two star-crossed lovers, sort of whispered on by and with absolutely a good reason. For one, it’s a much quieter and smaller film than Call Me By Your Name; it’s scale is a lot tinier and in a way, it’s a much quieter movie. Writer/director Francis Lee does a solid job of really drawing us in right off the bat by showing us just how desolate and rather depressing this setting is, but without really cueing up the music or anything manipulative in that sense. All he really needs to do is just let the camera and the characters do the talking for him, and it’s why it’s one of the better movies of the past year.

Call Me By Your Name is still better, but hey, two great gay-romance flicks in one year is still something to go on and on about.

But like I said, comparing the two is just dumb, because God’s Own Country is working to the beat of its own drum, playing by its own rhythm, and not in much of a hurry to get going. In fact, it isn’t until about the half-way mark that we realize that there’s going to be something resembling a plot, but even then, it sort of doesn’t matter; the movie is so beautiful to just gaze at, so intriguing, and rather mysterious, that even having a conventional plot would seem to get in the way. And sure, you could make the argument that these two men falling in love over their shared existence of being literally out in the middle of nowhere is a bit conventional, it still doesn’t go the way as you’d plan.

They don’t instantly fall for one another and even when they do, there’s still some odd reservations that we never quite understand. But whereas Call Me By Your Name did shy away from showing us any hot, steamy, sweaty sex, God’s Own Country gets us right in there in the thick of it and it not only is able to set the mood, but it has us feel the passion all the more. For these two men, words don’t really do the trick – they’re much too frustrated and angry for all of that – so obviously, humping has to take the part.

But it still all works because we know these characters, understand them, and get a general sense of why they would come together.

However, it mostly all comes down to the performances and the surprising amount of chemistry the two have, with Josh O’Connor being the particular stand-out. As Johnny, O’Connor gets a lot of mileage out of looking miserable and war-torn, despite him not really having to do all that much; he has to tend to the farm, but really, he mostly just sits around, mopes, drinks, and screws. Still, we feel for this kid as we get to realize that he’s the depressed way he is for a reason and to see him light up, in more ways than one, whenever Secareanu’s Gheorghe is around, is more than enough to bring a smile on anyone’s face. Cause after all, it’s a movie about love, finding it wherever and whenever you can, but most importantly, realizing that you feel it and not letting it go, regardless of what the rest of your body may have been telling you.

Yeah, so there’s that, Call Me By Your Name! You’re still better, though.

Consensus: In its small, subdued, and incredibly subtle way, God’s Own Country is one of the better romance flicks of 2017, that also somewhat poses as a deft, smart, and relatively sad coming-of-ager for two men who seem to really need one another in their lives, at this certain point in time.