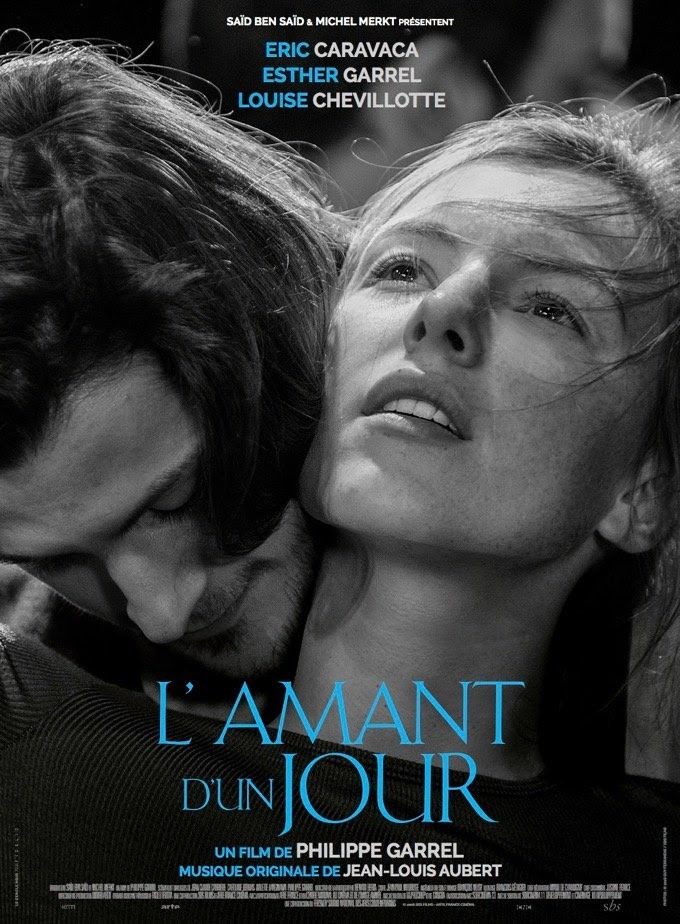 Daddys, don’t date your daughters. Or girls close to that age.

English professor Gilles (Éric Caravaca) has just started something a relationship with Ariane (Louise Chevillotte), who is one of his students. It’s hot, it’s sexy, it’s passionate, and yeah, it’s also a little unprofessional for him, but the two have come to an agreement where they will just explore one another and the rest of the world. No commitments, no tying-down, no none of that baloney. And in a way, it’s pretty great because they’re both happy and getting by with what they need. But then, it sort of all changes when Gilles’ daughter, Jeanne (Esther Garrel), moves in to live with them after being kicked out of her boyfriend’s apartment and is in desperate need of some love.

In a way, you can sort of see where Lover For A Day is going just as soon as Jeanne enters the picture: There’s going to be family-drama, about lost mothers, about the general creepiness of the age-barrier, and oh yeah, romance. After all, it’s a French movie, filmed in beautiful black-and-white, so how could it not have these features?

Well, writer/director Philippe Garrel turns things around and makes it a little bit more interesting than that.

For one, the daughter and the new girlfriend don’t hate each other immediately, and secondly, the age-gap isn’t all that much of a problem. Jeanne’s fine with her dad finding happiness any way that he can, and he’s happy that she just accepts it all. It’s a generally peaceful and easygoing movie that can sometimes demand for your emotions, but in the next scene, not. That’s how a lot of Garrel’s movies are and while I can say that I do enjoy what he does, most of the times, the movies just come and go as they please, without allowing me to fully remember them when they’re done.

Lover For A Day is the same kind of movie that, at barely a little over an hour, feels ever too slight to really get mad about not being perfect, but also one that should have been a little bit more. It’s a character-study of literally three characters, with some supporters showing up every once and a blue moon, and it almost feels like an overlong plot, where we get small tasting and bits of these characters, their persona’s, and the lives they live, and then we’re gone.

Then again, maybe that’s the point of Garrel’s movie; he isn’t intending to give us the whole story of these characters’ lives, but instead, just a small little sneak-peak into who they are, what they do, and how they all get by. It’s short, sweet, to-the-point, and all done so in a way that makes you feel like everyone’s on-vacation and just decided to film a little movie, but it could have been so much more, right?

Or should it have been? I’m still not sure. Oh well. I guess I need to be more French.

Consensus: Gorgeous and well-acted, Lover For A Day is a simple, relatively easygoing drama looking at the lives of three individuals we want to know and understand more about, yet, for some reason, get such a short time with.