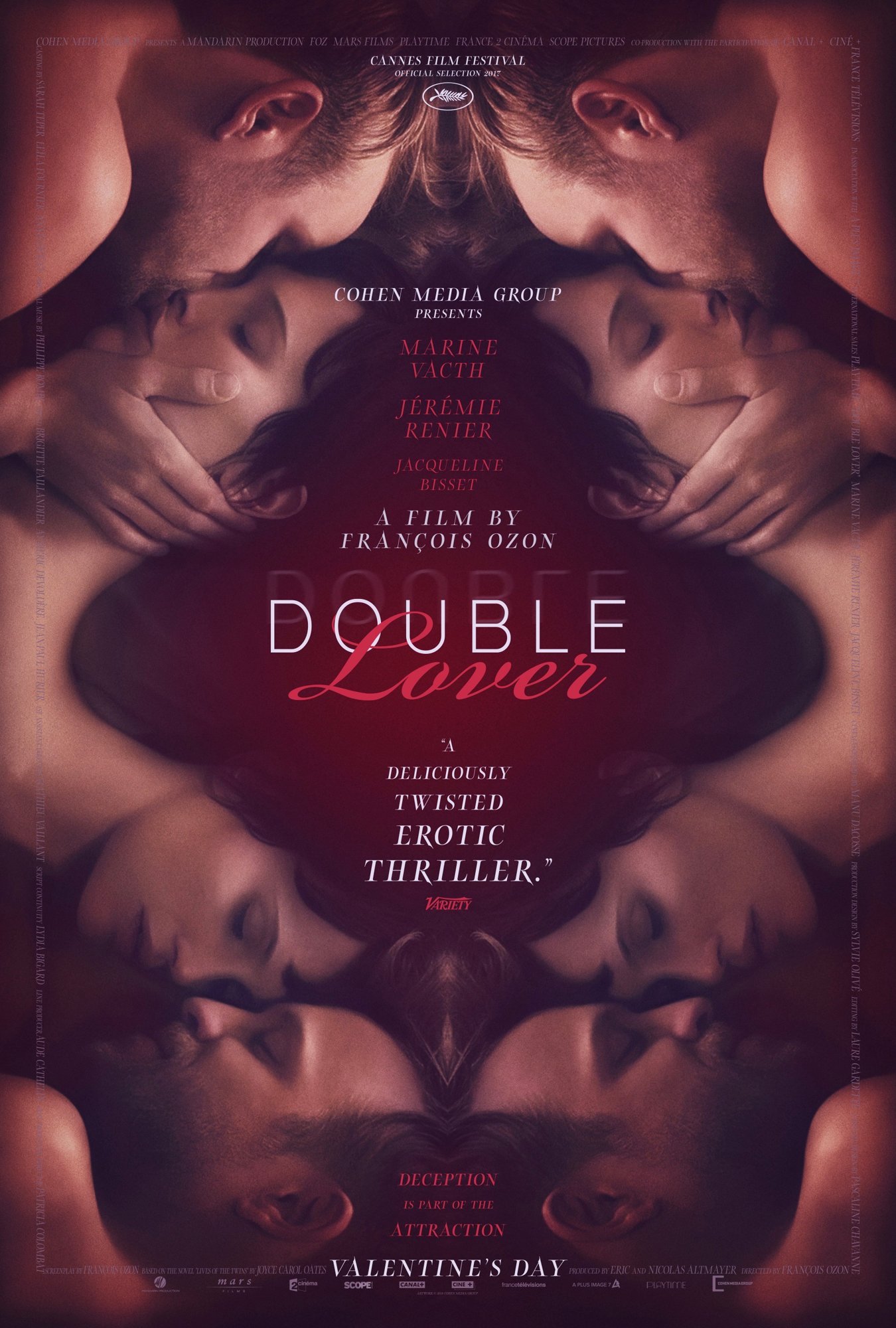 So, don’t fall in love with twins? Or your therapist? A tad confused.

Chloé (Marine Vacht) is a a fragile young woman and doesn’t quite know what to do with herself, who to trust, who to love, or even what to make sense of the world she currently lives in. And well, it gets a little more confusing and emotional when she meets and falls in love with her psychoanalyst, Louis (Jérémie Renier). Together, the two have something of a lovely relationship that’s built on trust, happiness, and oh, plenty of sex. Like lots of it. So much so that it eventually begins to get a little odd for Chloe who soon discovers that her lover is concealing a part of his identity and it may have consequences on their relationship and her existence as a whole.

Yeah, it’s that kind of movie.

If there’s one bit of praise that I can send the way of the Double Lover is that if you’re looking for something slightly interesting and compelling this Valentine’s Day, that deals with sex, love, and relationships, in a little more honest manner than we’re used to with the Fifty Shades franchise, then this may be the movie for you. Sure, it’s weird, off-the-wall, and rather confusing, but it’s at least a little bit better and more original than anything Christian or Anastasia have concocted for you, so why not give it a try? It may work for you, you’ll love it, go home happy, and feeling satisfied on this Valentine’s Day. Or, you’ll be confused by it and think it may have been a waste of everyone’s time.

I myself am somewhere in the middle.

Sure, the sex is fine, but that’s about all that there is to it.

Eventually, Ozon decides that it’s time to throw twist-after-twist at us, one less interesting than the other, and it gets to a point where we’ve lost what the main focus was: Chloe and her love life. It’s understandable that Ozon wanted to try something new, and relatively daring for the erotic-thriller genre, but it’s a step that he doesn’t land. If anything, it proves that his ambitions far exceed his grasp in certain situations and unfortunately, the Double Lover just so happens to be that one situation. The cast is still all great and even his other movies are all terrific, it’s just that the Double Lover is not and it’s why, despite its interest-factor, it’s not the best date at the movies you could have on this so-called “holiday”.

Then again, though, you could do a whole lot worse.

Consensus: Ozon nails the sexy darkness tone of the Double Lover, but the story, with all its random twists, turns, and contrivances, just never makes perfect sense and only feels like it’s getting too crazy for its own good.