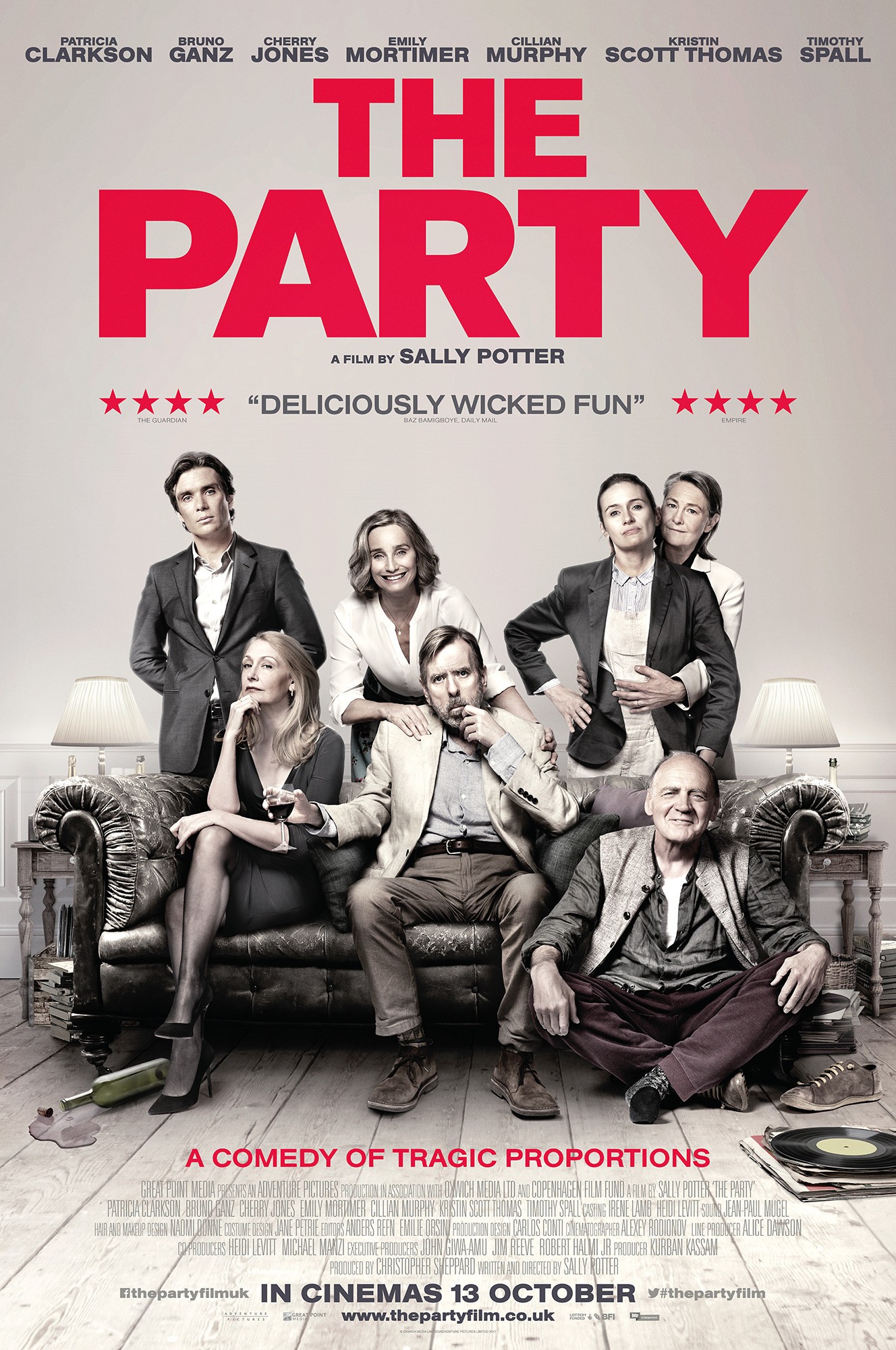 Don’t invite me next time. Thanks.

Janet (Kristin Scott Thomas), hot on the heels of her political ascension, decides to host a little gathering of friends in her London home, where she thinks everything and everyone will be peaceful and have a grand old time. That all changes when people begin to argue, do drugs, throw chairs, take out knives, get way too drunk, and oh, better yet, discuss politics. All of these are big no no’s at any little gathering, but especially here and it’s what leads to some awfully disastrous results that may alter everybody’s life for good.

At just about an-hour-and-17-minutes, it’s really hard to hate the ever-lovin’ god out of the Party because, quite frankly, there’s just not enough time to. It’s so quick and light-on-its-feet, it’s almost like it’s ever there, meaning that even the many issues I had with it, ultimately, I couldn’t hate everything. It gets it’s job done, has some fun with itself, and oh yeah, wrapped-up pretty quickly.

Why can’t life itself be that easy?

But still, the Party has a lot of issues, none of which can be blamed on the cast whatsoever. Everyone here is clearly having a great time, like especially Patricia Clarkson as the mean-spirited and snappy best-friend who has something to say, no matter what the topic, and writer/director Sally Potter enjoys their company. It’s a solid ensemble that, on paper, may not sound like it works, but together, all in one room, they somehow are able to.

Which is why it’s such a shame that the writing and the characters they’re playing, honestly, aren’t better. For one, Potter thinks the material she’s putting together is a lot funnier and meaningful than it actually is; getting a group of people together to discuss different sides of politics and issues isn’t anything new, but it could have been done so much better here. To just have people cry out out against homosexuality, when there’s two gay people in the same room, is just sloppy writing and feels like you’re trying to get a point across, with exclamation points.

But even when the Party isn’t focusing on politics, post-Brexit, it still feels the need for drama that sort of comes from nowhere. A small movie like this shouldn’t be relying too heavily on its plot, its twists, or its turns, especially when we see them coming from a mile away – it should be much more concerned with developing these characters and giving us some sort of a reason to care.

But that doesn’t quite happen.

Instead, we sit around and watch a bunch of fun and talented people, do fine work, in a movie that should have been better and taken more time with itself. But still, like I said, it’s very short and it’s gorgeous to look at, so is it all that bad? Probably, but hey, I’m in a very generous mood, so why not.

Consensus: With such a solid ensemble and brief running-time, the Party never quite becomes a bore, but it’s sloppy writing and plot do drag it down a ton.