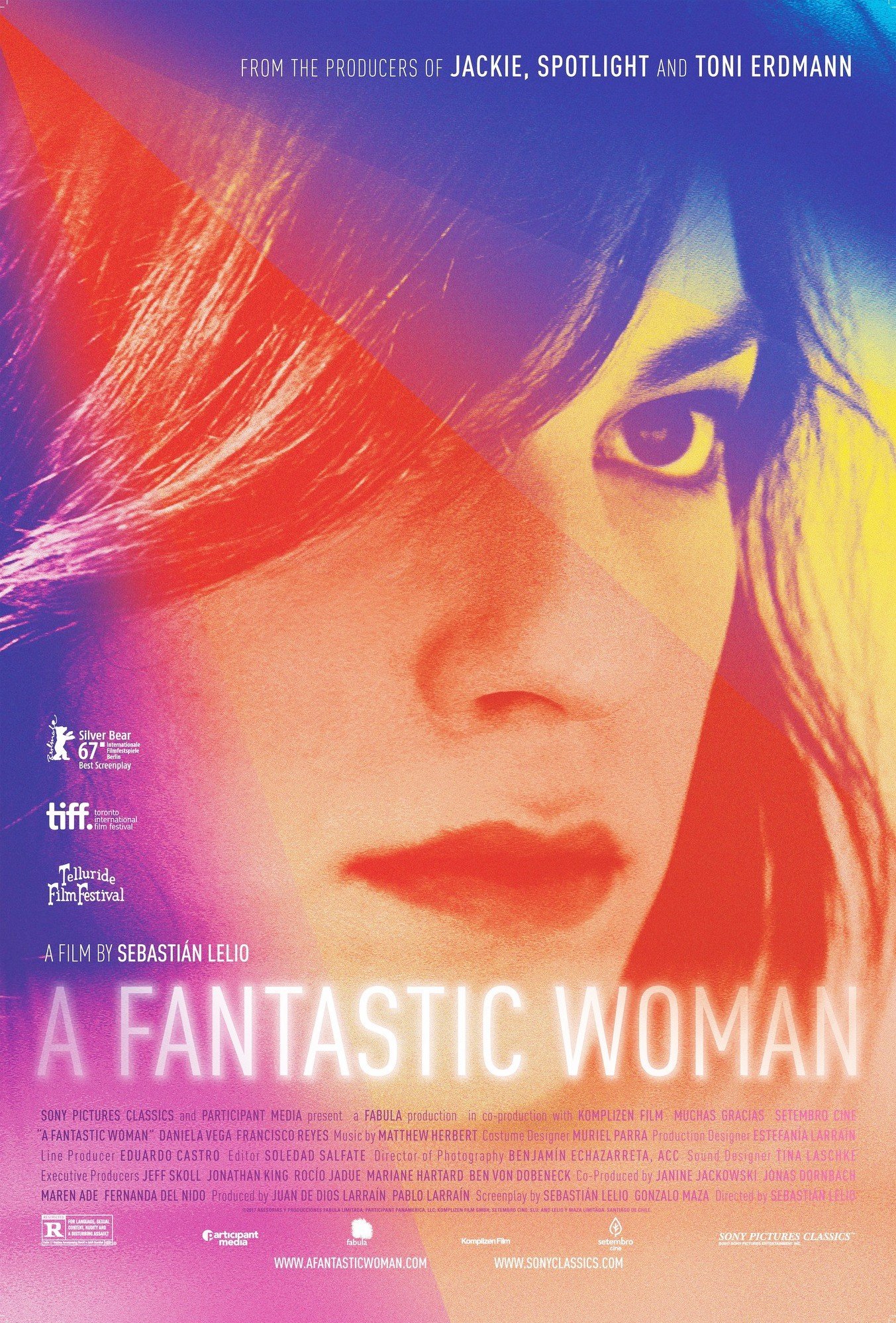 Marina (Daniela Vega), as a transgender woman living in Chile, has already had to put up with a lot of crap in her life and she’s about to take on a whole lot more. Just when she thinks she has something of a lovely and beautiful relationship with a much-older gentleman named Orlando, he suddenly dies, leaving Marina there to pick up the pieces, figure out what’s next, and oh yeah, deal with the family he’s left behind. For the most part, they’re accepting of the relationship they had, but they also don’t want to go any further than just a few conversations and leaving it at that. However, Marina sees a problem with that, as she and Orlando were not only in love, but she’s a woman dammit and deserves a little bit more respect than she’s being given.

Some may take issue with A Fantastic Woman being cisgender male’s take on transgender characters, but writer/director Sebastián Lelio seems much smarter than that. For one, A Fantastic Woman is less about Marina receiving all sorts of hatred from all sides around her due to her being trans, and mostly because of her bedding a married-man. But at the same time, all of those small microaggressions and issues that she faces on a daily-basis for being trans, are also there and Lelio handles them well.

He’s not making a message movie and hell, he’s not even trying to really get across some agenda: He’s just giving us this small, interesting character-study about a character we deserve to see more of on the big-screen. Cisgender director or not, I’m perfectly fine with those stories, especially if they’re like A Fantastic Woman, where we never quite know where it’s going, what it’s trying to say, or even if it knows itself.

Mostly, it’s an interesting ride that feels like an odd cross between Almodovar and Chabrol, with an inkling of Hitchcock mixed-in throughout.

Which sounds like a crazy combination, but somehow, it works. Lelio is a smart writer and director in that he gives each and every little character here ample opportunity to explain themselves and allow us to make up our own conclusions about them. So much of A Fantastic Woman is about Marina and how the people she meets and walks into treat her/look at her, and the movie doesn’t ever paint anyone here as a good person, or a bad one – they’re just people and they all react differently to whatever they see.

Especially Marina herself, who is played to perfection by Daniela Vega, who was apparently the consultant for Lelio on this film, until he wised up and decided to cast her. And it’s a smart decision, because Vega has the compelling screen-presence where you never know what she’s going to do next, or where she’s going to wind-up – we just know that we sympathize with her and want her life to get better. Even when the movie itself sort of falters and has trouble making itself up, Vega remains the one true and only constant that keeps things moving and compelling, by being herself and still keeping us on-edge.

Let’s hope for more of her in the future. Please.

Consensus: As a small character-study, with some thriller elements, A Fantastic Woman works as a showcase for the acting-talents of Daniela Vega, in a role that will surely bring her huge attention.