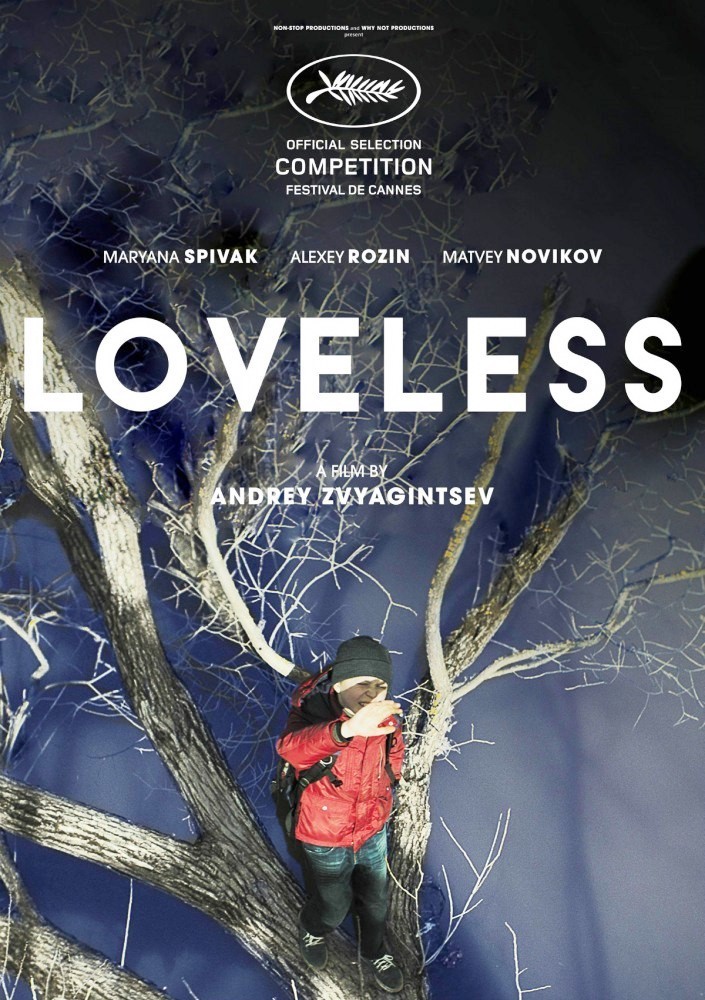 Zhenya (Maryana Spivak) and Boris (Aleksey Rozin) aren’t married anymore and with good reason. For one, they absolutely despise each other and every little decision that they’ve made. Now, they seem to both have moved on; he’s with a much younger woman and a baby on the way, whereas she’s happy with a much older man who cares and supports her in everything that she does. The only reason that they do keep in contact is because of their son Alexey (Matvey Novikov), a child who’s a little lonely, depressed, and is at the end of all his parents issues with one another. They both hardly even notice him because they’re all too wrapped-up in their own personal junk and don’t have time to really care about what he’s up to, or even if he’s okay. Then, it all changes when he goes missing and the two co-parents who despise one another, now have to somehow come together and think of a way to work things out, find their son, and hope for the best. But in modern-day Russia, things aren’t so lovely and bubbly/

Loveless is the latest from co-writer/director Andrey Zvyagintsev, who’s made something of a niche for himself by creating these small, yet disturbingly sad and depressing character-studies of normal, everyday people, stuck in not-so normal, everyday situations. His movies, while put together exceptionally well, are so cold and so upsetting that honestly, they’re very hard to get into. You understand and can see the craft, but not much resonates, only just because it seems like he’s enjoying the darkness a tad too much.

But Loveless is something of a different beast.

It’s still a dark and generally upsetting movie no matter what, but there’s a tad bit more to it than you’d expect. Surprisingly, the characters involved, who aren’t the most morally upright people, we actually grow to like, sympathize, and even love, mostly because we can sort of identify with them, even before the child goes missing. Boris is just a man trying to find love and happiness, even though he doesn’t know where to find it and is looking in all of the wrong places, whereas Zhenya is the same way, except that she’s found love, she’s found happiness, and she wants it to change her life for the good.

Together, the two can’t be in a room together without breaking some sort of object, which is why they’re arguments go beyond a simple tiff and edge right on over to full-blown war. They’re tense, scary, and a little maddening, but they also feel all too real and the perfect reason why Zvyagintsev, while still too pleased with his darker sides, has an ear for dialogue and gets how people speak to one another, either when they’re tense, or they’re happy. It’s the kind of movie where nothing feels like it’s happening for the longest time, but that’s okay because the characters are so interesting, the lives are compelling, and the performances are so good, you could sit back and watch this go on forever.

It’s almost like a Mike Leigh film, albeit with more subtitles and depression.

But of course, the movie changes into a different gear about halfway through and it’s where Loveless loses a tad bit of steam. In a way, it becomes a procedural about finding the son, the parents navigating through their lives, trying to be normal and sane, and most of all, yelling and fighting with one another. It’s not necessarily as unpredictable as you’d expect, but still, there’s something about the way Zvyagintsev holds a shot that puts you on-edge, even if you don’t know why. The change from character-drama, to thriller, isn’t a very clean and clear-cut one, but it still works because we care for these characters and we want to know what happens to their lives, even if they are also some awful and downright selfish human beings.

Still, aren’t we all?

Consensus: Loveless is another dark and depressing affair courtesy of Russian writer/director Andrey Zvyagintsev, but also features compelling characters and great performances that are more than enough to keep us above the tears.