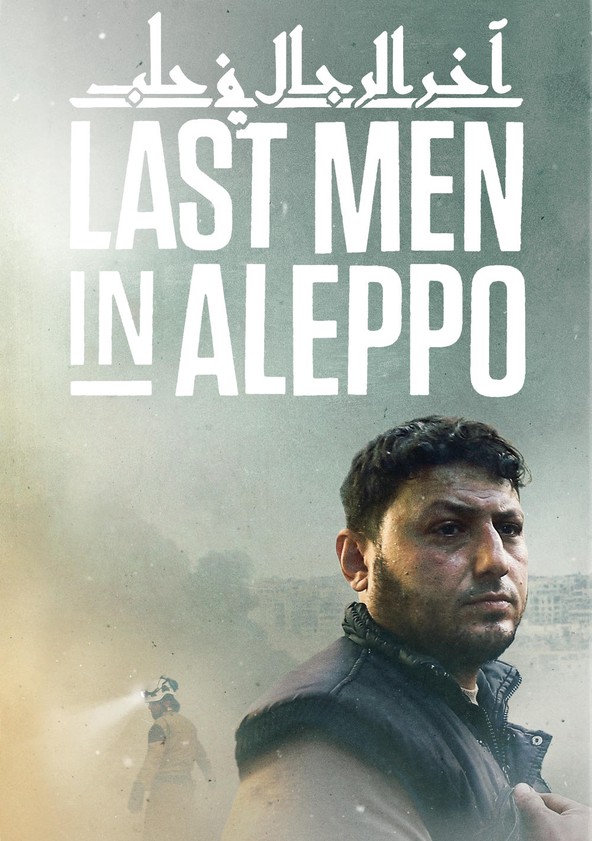 During the awful time that is the Syrian civil war, numerous volunteers take part in as being “White Helmets”. What they do is aid the sick, wounded, and nearly dying, any way they can. Mostly, it’s for no money whatsoever and other times, their lives are always at-risk, but it’s what they see as the best way to carry out God’s plan. Of course, this also causes plenty of issues for these fellow volunteers’ personal lives and their loved ones around them.

Last Men in Aleppo, as it’s presented, isn’t the best documentary of the year. It’s a little too short, vague, and simple on its own merits to be a must-see, especially one that has to deal with Syrian civil war and the White Helmets who are navigating through it, trying to do the best that they can do. However, it still remains a sad, rather disturbing look at the war, on the front-lines, and behind all of the dust.

Not to mention that it was made in Syria and directed by two Syrians, making it the first movie of its kind, so if anything, okay, yeah, it’s fine enough.

Still, Last Men in Aleppo gets by on the fact that its eyes never leave the White Helmets and the front-lines, what we see, hear, and are meant to feel. And it’s an odd feeling because outside viewers will be shocked and appalled by what they see here, whereas the subjects in the film themselves, won’t – they’ve seen enough, they’ve dealt with this enough, and quite frankly, they’ve had enough. The movie has many occasions where it can go right for some sort of political-statement, but it doesn’t and always keeps its focuses placed firmly on these White Helmets and their day-in, day-out battles with doing what they do, how they stay alive, and when it’s all over, what they do to get by and try to forget about it all.

In other words, it’s not easy.

Which means that, on occasion, Last Men in Aleppo isn’t an easy watch, but one that should be watched for the subjects themselves. The movie never strays from them and it should be applauded for that, no matter what. However, it’s also hard to get past the fact that the film is almost too short and rather sweet for its own good. We get to know a few of these White Helmets, but mostly, only one; the rest are faded shadows to us, who we sometimes see and hear from again, but are never too aware of existing. Maybe that’s the point; maybe it’s supposed to make me think of how their lives are all unpredictable and how they could be there one second, and then not the next second.

If that’s the case, then so be it. It didn’t quite register with me and made me feel like Last Men in Aleppo, while going a bit deeper than scratching the surface, maybe had a little bit more they could have put in and no one would have been the wiser.

Except me, of course. I notice all.

Consensus: As short as it is, Last Men in Aleppo focuses on the individuals who deserve our attention and our cries the most, even if they are doing what they know to be right and good with the ungrateful and rather ugly world.