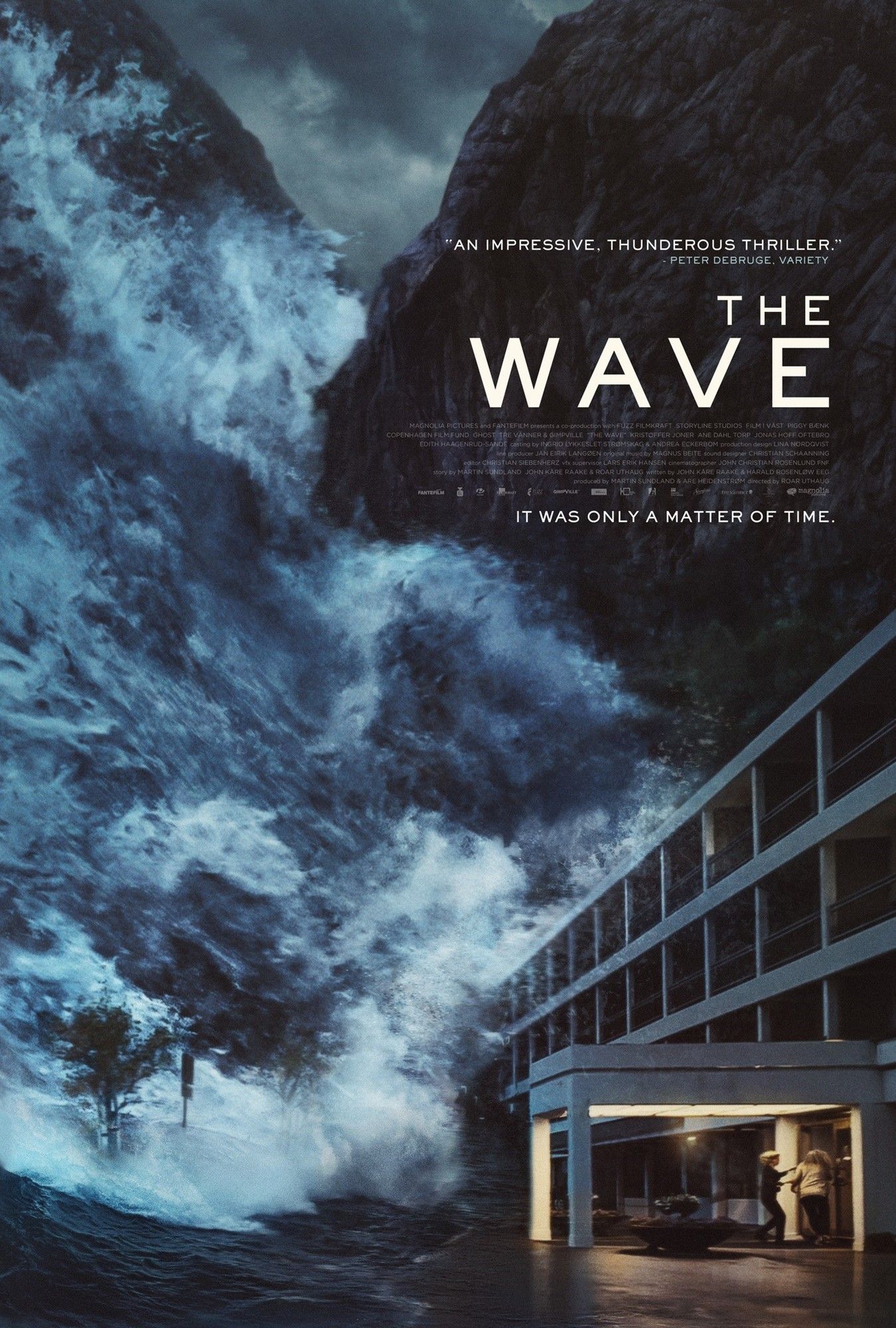 Keep up our energy-based ways and we’ll be next, everybody!

Living in Møre og Romsdal can some benefits, just ask Norwegian geologist Kristian (Kristoffer Joner). It can sometimes be peaceful, easygoing, and considering that it’s so far off from the rest of the world, a little alienating, but in the best kind of way imaginable. However, there are also some perks to living in this area and that there’s always a promise of a natural disaster occurring, what with the way the mountains around them are. It’s a lot of science that no layman can fully understand, but Kristian can and he realizes a problem very early on and does what he can to tell the townspeople just what could happen, any second. But everyone brushes him off, calls him a little crazy, and yes, even paranoid, but turns out, Kristian may just be right and this town may just fall victim to a 250-foot tidal wave.

The disaster-movie genre, in a sense, is practically dead. Roland Emmerich and Hollywood itself has basically over-saturated the genre and done so much with it that by the time we see catastrophic destruction done to monuments, large buildings, or mass groups of people, we can’t help but hang our heads and wonder why. After all, when the world around is so terrible and already catastrophic, why on Earth would we need to pay $15 or more to be reminded of such a thing?

But those exact reasons are why the Wave works so well, even against itself.

In a sense, yes, it’s a disaster movie because it features big, loud, colorful, splashy, and beautiful CGI that features, get this, buildings and large groups of people getting whiped out. There’s mass panic, people running for their lives, knock-down, drags-out, and total destruction that actually gives anything Emmerich’s ever touched a run for his money, but it’s not cheesy, it’s not over-the-top, and it’s sure as hell not played for simple yucks. Director Roar Uthaug walks a very fine line here in that he has to tell what is basically a very tragic and upsetting story which, despite not being true (or at least, not right now at this moment), where people die and a certain part of civilization is destroyed, while also still entertaining us as much as he can.

It’s a fine line that, like I said, Emmerich himself can’t seem to do without crossing, and it’s why ever the more impressive that Uthaug himself seems competent enough to keep things entertaining, but scary and compelling. He’s got the great, big set-pieces to prove it and the first-half of the movie (aka, the lead-up to the wave), is some of the most intense film-making I’ve seen in awhile. Some of it can be a little cheesy, but really, it works because it’s grounded in a sense of reality that this could happen and well, what would you do?

Run for cover and save any lives that you can? Or give up and just let the wave take you as it does?

Regardless, the Wave asks those questions, and then some, which is why it’s better than most disaster-flicks. Sure, it knows how to keep the intensity, thrills, and chills coming, but deep down inside, it’s got a point to be made about our world, the environment, and how science actually does matter in these cases. Of course, with climate change being a hot topic discussion for those who want to disagree with proven science, it’s interesting to get a film that shows us someone who knows what they’re doing and talking about, yet, get pushed down and set aside because something he’s saying and promising, while true and backed-up with facts, is scary and unwelcome. That’s just science, in a nutshell: It’s hard to make sense of and really put into words. But for those who can do that, listen to them, try to understand them, and don’t, whatever you do, don’t call them “fake news”.

Consensus: With a slight eco-message tucked away, the Wave not only has more to say than just intensely crazy set-pieces, but give us a story that may be all too relatable in some odd years. Let’s hope it never comes to that.