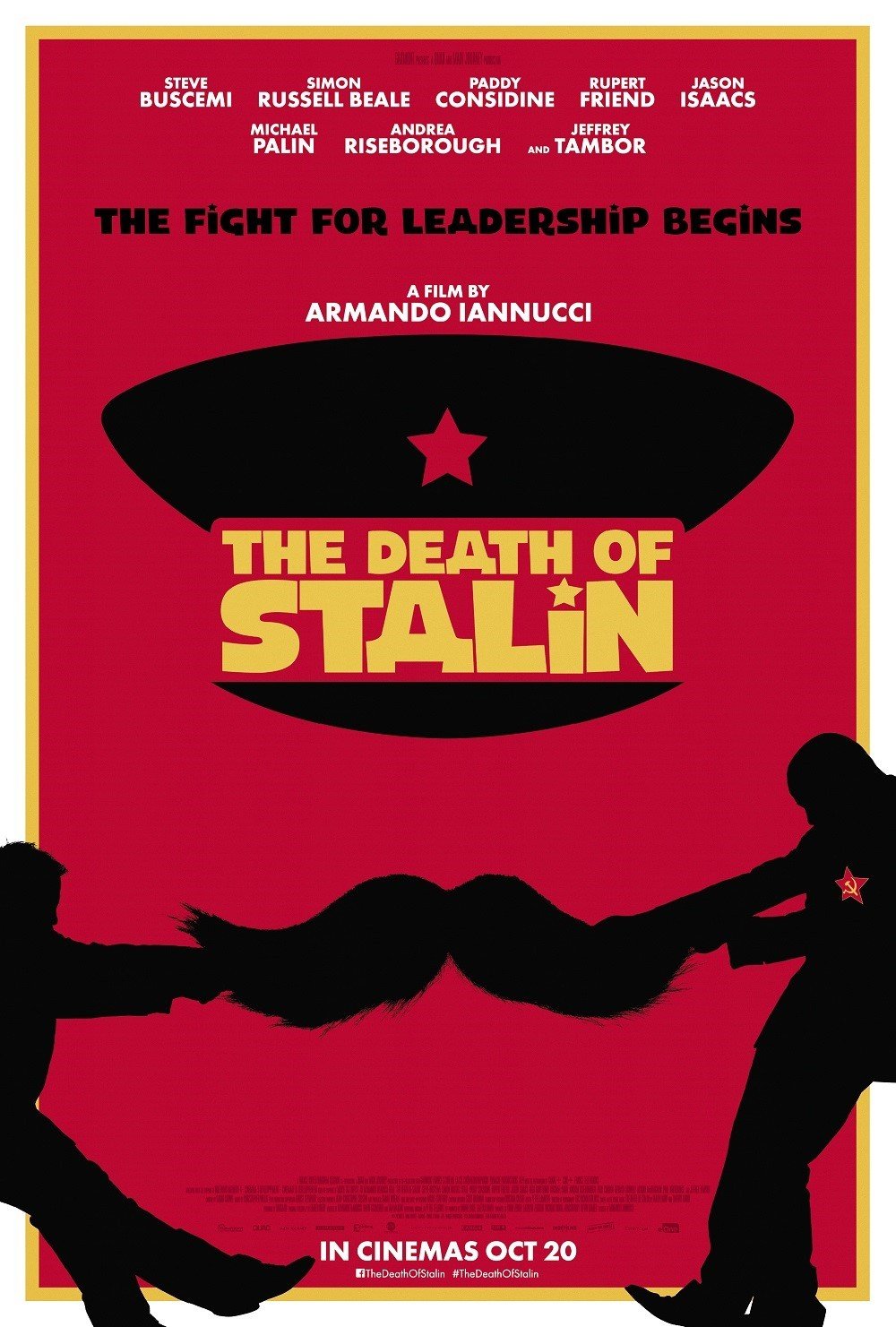 Communists can be a laugh-out-loud riot sometimes!

It’s 1953 and for the most part, Russia has been doing what it’s been doing for the past few years or so. People are being killed, injustices are being done, and yeah, pretty much everyone’s miserable and on-edge. A few aren’t, however, and they all just so happen to be at the top. One such person is, obviously, Joseph Stalin (Adrian McLoughlin) himself who takes pride in having so much control over literally everything, that no one questions what he does. Even if they do, they do so in secret and far, far away from the Dictator’s ears. But then, Stalin dies and all of a sudden, now everybody wants a spot at the top.

And as expected, hilarity ensues. Including lots and lots of violence.

If you’ve ever seen Armando Iannucci’s work on TV, such as Veep or the Thick of It (or even the movie spin-off, In the Loop), then you’ll know what to expect from the Death of Stalin. No matter how much it may seem like he’s truly stretching himself to trying something much bigger, weirder, and ambitious, there’s still a lot of fast-talking, witty insults, buffoonery from people who are supposed to be “smart”, and lots and lots of cursing. Except, instead of Brits or Americans within the political sphere, it’s really just a bunch of Russian Communists, played by a bunch of American and English actors doing, get this, their normal accents and speaking in a modern-tongue.

It’s all really weird and rather strange at first, but the one smart thing Iannucci is able to do here is that he allows us to get so immersed in these characters, this setting, and the tone, that we sort of don’t care how zany and weird it gets. We sort of come to that conclusion within the first ten minutes, so whatever he decides to do next, well, it’s fair game. And in that sense, the Death of Stalin works because it’s not afraid to go to some truly crazy and wacky places, while always remaining a funny bit of social commentary from Iannucci, who never met an expletive-filled analogy he didn’t like or want to write down on a piece of paper.

And you could argue that perhaps Iannucci is touching some really hefty material, making light of it and not really focusing on the tragedies committed under this dark, yet apparently, zany time. Of course, some of that is true about the Death of Stalin, but really, the movie’s not trying to be a historically accurate piece that kids in grade school can watch and learn a thing or two; arguably, Iannucci gets the people involved correctly, their personalities, why they mattered, and how they all factored in, but that’s about it. Everything else is mostly thrown at the fan and seeing what gets chopped-up, or flies on the wall next.

And it mostly all works.

The only real cause for concern is that, as funny and as dark as this movie gets, it never seems to be about much of anything. And that’s a problem when you have a movie, made in post-Trump, about idiotic Russians, and one that never really does have much to say. Perhaps it’s about the power of those in-charge? How it changes people’s minds? Makes them more evil?

I’m not really sure, honestly and that’s an issue. A movie like this can be fun, hilarious, and darkly weird, which is what the Death of Stalin is, but smart and thought-provoking, it is not. Is that a problem with me? Or the actual movie?

Once again, I’m not really sure. But in these weird and troubled times, how can I be?

Consensus: As a zany take on history, the Death of Stalin isn’t necessarily canon, but it’s hilarious, weird, and filled with such a lovable cast, it’s hard not to have a good time, as well as expect a little bit more.