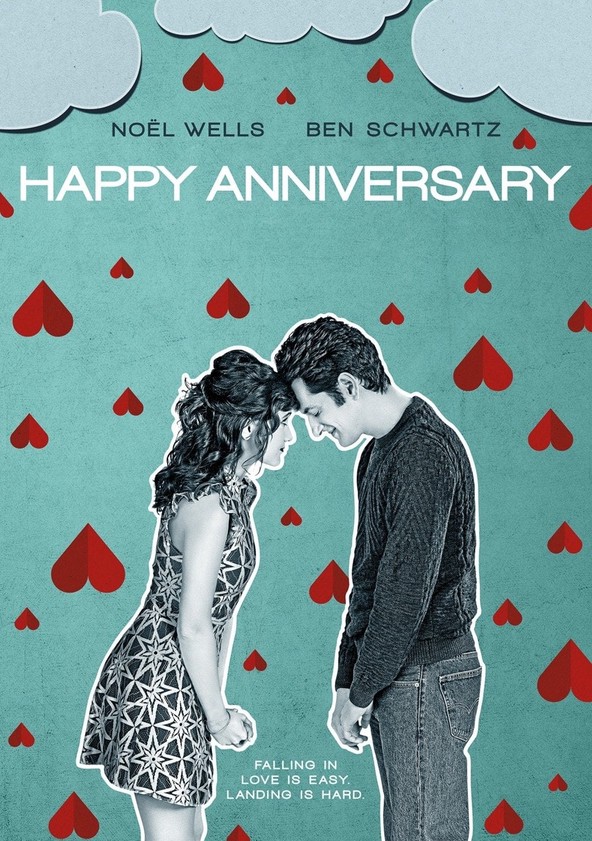 Get married. Or don’t. Who cares?

Mollie (Noel Wells) and Sam (Ben Schwartz) have been together for three years now and for most couples, that would be perfect cause for celebration. However, for them, it makes them rethink what they’ve had together, all of the highs, the lows, and where exactly to go from here. For her, she wants a family and is about ready to settle down. However, for him, he wants to continue on with his designing business and see where it goes from there and not have to worry too much about the baggage of a family and all that jazz. It’s what most couples go through and by this point, they are not sure where they want to go next, or who they want to do it with.

Within the first five minutes of Happy Anniversary, I knew I was going to hate it. The characters were already spouting-off tons of dialogue that was completely ridiculous, annoying, and almost laughable, because really, no one in the real world talks like them. Like at all.

It’s the kind of over-the-top quirkiness that we saw so very much of in the mid-aughts, with indies like Napoleon Dynamite, Junebug, and countless others, that all seemed to try to one-up each other in the weird department. Some of them worked and have aged gracefully, whereas some of them did not and it became apparent that it was time for them to go and it’s why indie-cinema is such a lovely place to be in now. We’re getting real, honest, raw, and intimate stories from real-life people who now how to tell them.

Happy Anniversary is not one of those movies and if anything, a solid reminder of why those indies of yesteryear are better off in the rear-view mirror.

The only saving grace? Well, if there are any here, it’s both Wells and Schwartz who, despite working with a ridiculous script, do all that they can to be lovely, charming and enjoyable to watch. They have a nice chemistry that makes you believe in them as something of a couple, but because their conversations are so pretentious and silly, it’s hard to ever buy them as anything but caricatures like “boy” and “girl”. For writer/director Jared Stern, they’re just placements for whatever conversations about relationships, family, and sex that he thinks normal, everyday people have, but really, they don’t.

And it’s a shame because there could have been something real and honest here, but it just never shows. The movie is too sitcom-y that it never feels like it wants to get to the real heart of the matter, but instead, constantly make smarmy jokes about, well, I don’t really know. Nor do I really remember – there came a point where I checked out and sort of gave up, yet, still watched just in case something magical happened.

But it didn’t. For the whole 78 minutes, that still felt like an eternity somehow.

Consensus: Even with a pair of bubbly leads, Happy Anniversary is too quirky and idiotic for its own good, never garnering a laugh, nor ever really giving us a reason to care about the central couple.