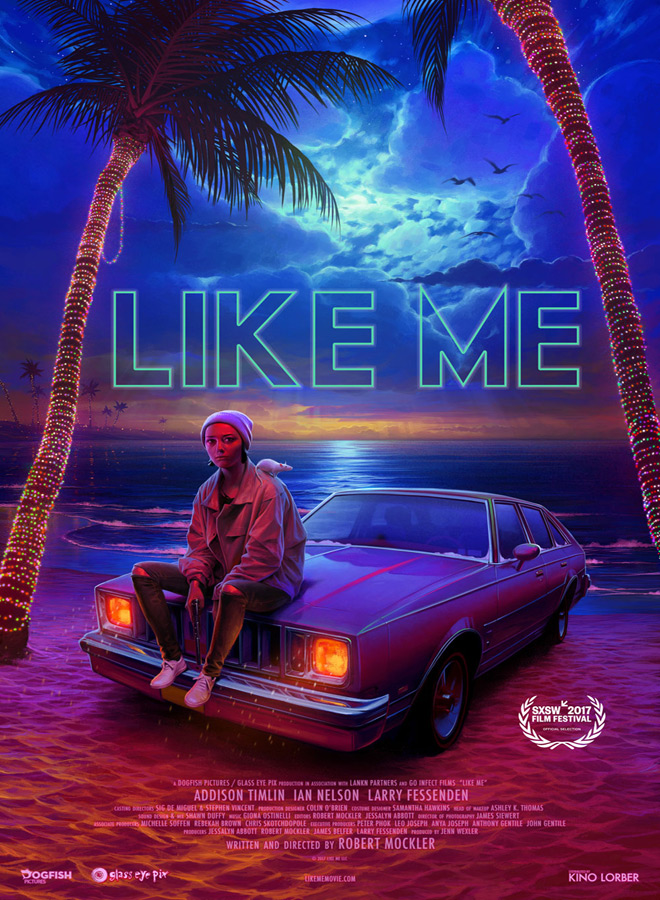 Kiya (Addison Tomlin) is a lot like other young loners her age, in that she practically live-streams her every waking moment. It works for her, too, because she’s not only got a huge following, but she’s got a pretty crazy and kinetic style that gets a lot of views and gets people talking. But recently, she’s gotten more dangerous and creepier by kidnapping people and performing all sorts of other violent acts that, while garner attention, also put her in danger of getting arrested and/or getting someone killed. And she’s finally met her latest pet-project when she decides to kidnap a hotel clerk (Larry Fessenden) and, as you guessed it, live-stream the whole thing. But for some reason, she starts to grow compassion and sympathy for the guy, even if it does turn out that he’s creepier than she expected and Kiya is left with one thing to mull over: Kill him and give the blood-thirsty fans what they want? Or let him go and prove to the whole world, as well as yourself, that you still have a heart and soul?

Like Me feels a lot like the 21st-century answer to Natural Born Killers, but instead of actually having substance to go with the insane-amounts of style, there is none. It shows us why social-media and this generation is so troubled and screwed-up, but doesn’t actually get to the heart of the surface of what really makes it all tick; you get the sense that the movie wants us to make our own conclusions on it, but it’s all fairly obvious. We know that this generation is screwed and honestly, we don’t need movies to tell us that!

And if they do, they have to do something a lot more interesting and compelling than Like Me.

Of course, the film is not without its positives. For one, writer/director Robert Mockler’s style is enough to see this movie and feast your eyes on the soapy, bleached-out look. And it works for the setting of the movie, in how everything’s bright, neon-lit, and a little beautiful, but the people walking around said setting are dark, mean and evil individuals. It’s hard to keep your eyes off of the movie, especially when it seems to take the form of one of those over-edited, hyper-kinetic videos that appear on people’s vlogs, which makes it all the more disappointing that the story just isn’t there.

In a way, though, that’s a bit of a lie. The first ten minutes or so are interesting, because you get the idea that the movie’s going to go somewhere much more ambitious with its promises and truly toe the line between mean-spirited and fun. But the movie never quite gets there; it’s too busy trying to focus in on the long-pauses in between the dialogue and the soullessness of these characters and the world around them. But trust me, it’s not nearly as interesting as I make it sound, because Mockler just doesn’t know where to go, or what even to say with this story.

He mostly depends on Fessenden and Timlin, two solid actors, to make the most of what they can and it’s a mixed-bag. Their characters are already so thinly-written that watching them try to make something from nothing, especially in Timlin’s case, is dispiriting because the script’s so dull anyway. It never truly digs in deep into its satire, nor does it really bother to do the same for its characters, leaving it a rather empty experience altogether and for everyone involved.

Consensus: Despite the lush visuals and early promise, Like Me never becomes quite the sizzling satire, or exciting crime-thriller that it clearly wants to be.