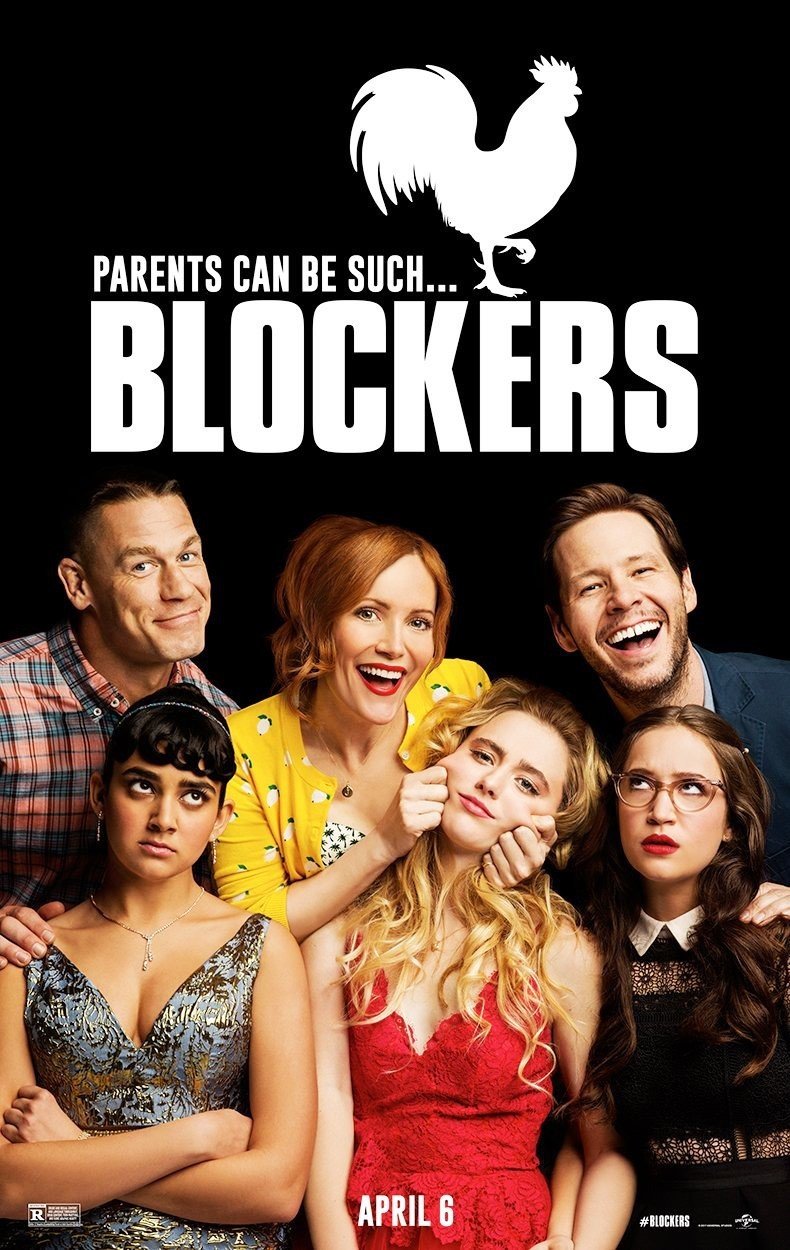 Lisa (Leslie Mann), Hunter (Ike Barinholtz), and Mitchell (John Cena) have all known each other because their three daughters have been best friends since the first day of kindergarten. But for some reason, they aren’t the best of friends. In fact, they barely even speak to one another, despite their girls all being the best of friends that best friends can get. Why is that? Well, time has definitely gone by and really, they’ve got nothing to relate to one another about, except for their kids. Most especially so for Hunter because he actually cheated on his wife and immediately became “the one no one wanted to have anything to do with”. But that all changes when it’s prom night and the three finally get back together, in hopes of making sure that the night goes smoothly. That is, until they realize that their three girls have made a pact to lose their virginity’s by the end of the night. In other words, it’s time to shut that crap down.

Girls can be funny, too! Who’da thunk it!

Anyway, Blockers is, like I said, really funny but it doesn’t entirely feel like it’s making itself up as it goes along. So often, these studio-comedies just use whatever ribs and improv-sessions they can find, throw them in a movie, and see what ends up sticking; we saw this a few times last year with comedies like Rough Night and the House, and it just didn’t work. Blockers has a story, has characters with personalities, and yeah, it’s also got some funny jokes to work with and not just use as lame throwaway gags. Chalk this up to writers Jim and Brian Kehoe who know what they’re doing with the teen-sex comedy formula and giving it a little bit more fun and energy, that also rings true and feels like it was made by/and for people who have an idea of what they’re talking about.

But like I said, the movie is also about the characters and what makes Blockers really great, especially for a studio-comedy, is that the Kehoe’s actually allow for the three young girls, Geraldine Viswanathan, Gideon Adlon, and Kathryn Newton, chances to be funny, to talk about sex, and be real with themselves. They don’t feel like schoolboy-fantasies of how girls speak or act, nor does the movie ever pass any judgement on them for wanting to get laid by the end of the night. They’re just like the guys we see in so many of these movies, where they’re horny, they want to have sex, and they also want it to be a little meaningful.

Or not. Either is fine, really.

But they’re all funny and have a great dynamic, making them feel like genuine friends and not just a bunch of people thrown together for the sake of a payment (even if that’s what this is), but so are the three parents. It’s nice to see John Cena play it light and funny, while also poking fun at his incredibly masculine-image; it’s also nice to see Leslie Mann get the opportunity to play it fun, light, and lovingly charming, as always; and it’s especially nice to see Ike Barinholtz in a leading-role that not only takes advantage of his comedic-timing, but show us that there’s something more to his acting-skills than just a loud voice and general goofiness. His character’s got the most backstory and we learn more about him as the movie progresses, to where we care and love him a whole lot more. It’s a step above from most of these comedies, where we get to see the man behind the facade and also realize that there’s something more going on.

Oh, and it’s also directed by a woman, Kay Cannon! Now there’s a step in the right direction.

Consensus: Packed with plenty of R-rated laughs, as well as great amount of heart, Blockers works as a raunchy-comedy that knows what it’s doing and isn’t afraid to get a little serious when it has to.