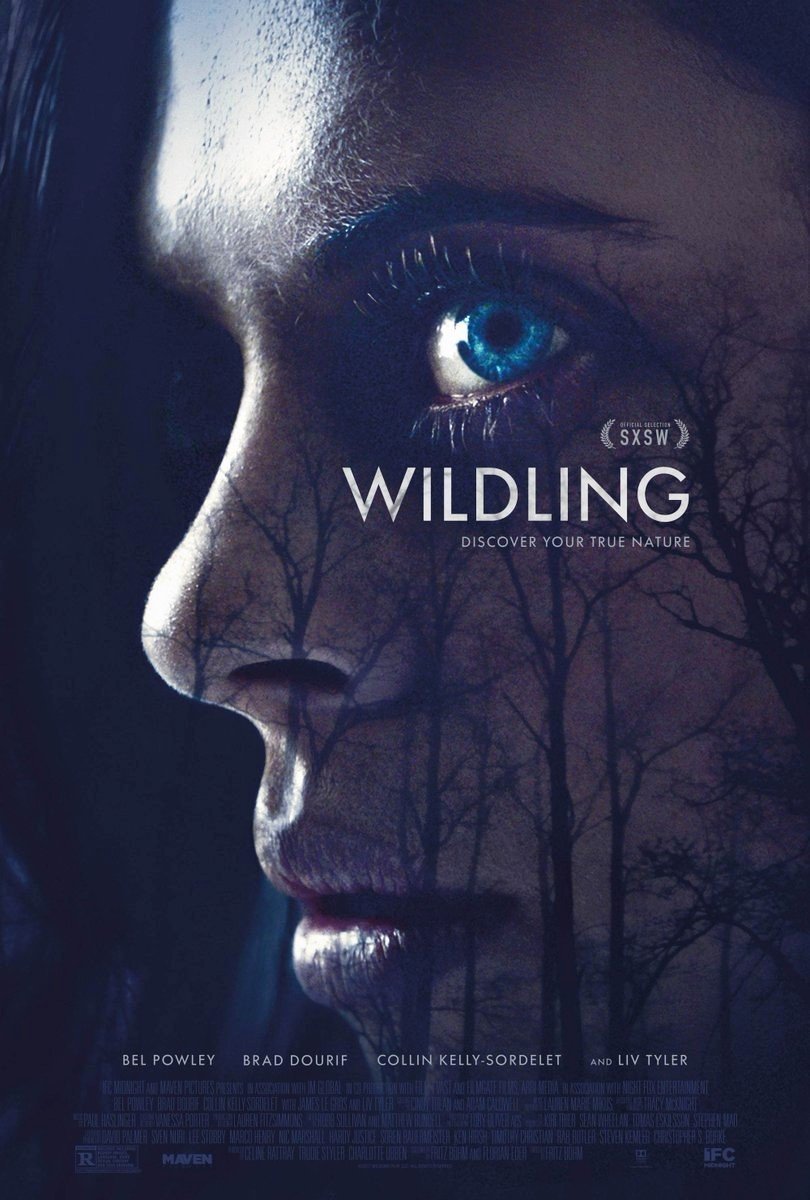 There’s a hairy beast in all of us. Sometimes literally.

Ever since she was a little girl, Anna (Bel Powley) has always had one person in her life, and that was a guy she referred to as “Daddy” (Brad Dourif). Who this man was, or how she got to be with him, isn’t really known, except that he feeds her, allows her to hunt in the wilderness, and keeps her all locked-up in a cabin in the middle of the woods. That all changes when Anna gets older and is discovered by police, without her really knowing just where Daddy is; what she does find out is that he kidnapped her at an early age and ever since then, her whole life’s been a mystery. For the time being, Sheriff Ellen Cooper (Live Tyler) decides to take her into her household for the time being, where Anna will hopefully adjust to the real world, including such things as high-school, parties, sex, and most of all, bullies. It all comes spiraling out of control, however, when Anna’s body begins to morph into something of a wolf, allowing all of her most animal tendencies to come out in dangerous bits.

Wildling won’t be the first movie to mask puberty with turning into a werewolf, nor will it be the last one. However, it is the one that takes the premise of a girl turning into a werewolf just as she’s turning into a full-grown woman literally and not really hold back on any of the horror. Sure, you can come right out with your Ginger Snaps comparisons and you’re not wrong if you do – that movie, like this one, looks at puberty and growing-up as a reality where your body changes, morphs, and acts out in crazy, unpredictable ways. However, that movie was much more of a comedy that, when push came to shove, wasn’t afraid to get dark, serious, crazy, and horrifically gory.

Wildling is sort of like that, except a whole lot more serious and based on the horror.

That’s fine though, too, because director Fritz Böhm sets up enough of an interesting mystery at the center to keep it watchable, even when it seems to be going through the usual motions of a horror flick. For instance, watching Anna morph more and more into this werewolf-like thing, has been done to death before and no neat-o special-effects or costumes can really take away from that. But watching a creature-like girl trying to interact with the rest of her high-school class, is interesting and we get a few glimpses of that here, showing us that perhaps Wildling has a bit more on its mind than jump-scares.

And yeah, it sort of does, but it only really comes out in the performances. As Anna, Bel Powley has a difficult task of making us care for and sympathize with this enigma, but also not allowing us to forget that she’s mean, unpredictable and possibly even dangerous, which makes her a character worth watching, even without the small-town setting surrounding her. That said, Powley gets away with a lot, without really saying or doing all that much, which for a character as weird as hers, it matters. She’s probably getting a little too old for these high-school kid roles, but hey, while she’s at it, she might as well keep going.

Even if the movies are just typical horror movies, with a werewolf twist.

Consensus: Wildling takes a rather interesting premise and gives it plenty of horror that it deserves, but also somewhat forgets about the heart and what could have kept it away from being conventional.