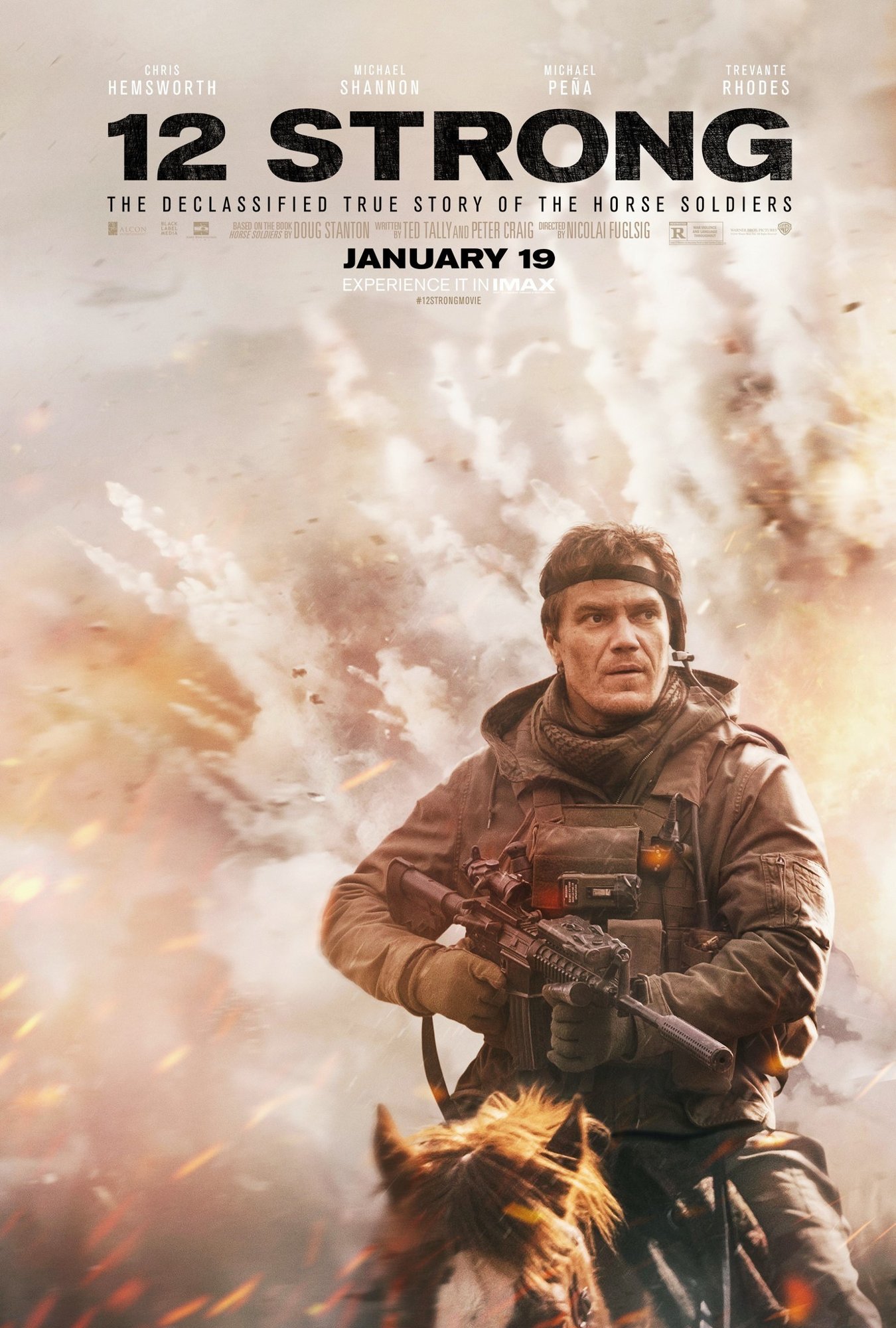 In the wake of Sept. 11, Capt. Mitch Nelson (Chris Hemsworth) leads a U.S. Special Forces team into Afghanistan for an extremely dangerous mission despite not having much combat experience and a bit of a chip on his shoulder. Still though, he has enough skill and smarts to feel confident enough in himself pulling off the task and ensuring that all of his men come out of it alive. Once the soldiers get to their mission, they develop an odd partnership with the Northern Alliance to take down the Taliban and its al-Qaida allies. But because they’re outgunned and definitely outnumbered, they’re going to need all of the help that they can get, as long as they know that they’re all in the same fight to win, and that’s the war on terrorism.

It seems like every other year now we get a lot of these jingoistic war movies about strong, determined, and heroic soldiers stepping up to the plate, taking down evil, one by one, and getting the tribute they deserve. And is there anything wrong with that? In retrospect, not really; these stories of heroism deserve to be told on the large screen and for the whole world to see and be witness to. However, more often than not, the movies themselves are just a bunch of dudes cracking jokes, setting off explosives, shooting their many guns, and saluting the flag and their fellow troops.

Once again, nothing’s entirely wrong with this, but it definitely doesn’t make for exciting cinema and can sometimes feel like a waste of time, especially if you don’t have anything to really say except “support our troops”. And that’s pretty much the same sentiment 12 Strong follows, except that it’s got a much better cast and way more action than you’d expect – but for some reason, it’s all so draining and never really compelling. We get lots of explosions, lots loud noises, lots of bullets flying, and lots of people shot in the face, but it never quite registers as being anything to amp the audience up, nor is it really jarring to prove the horrors of war.

It’s just dull and, dare I say, it a little boring.

Director Nicolai Fuglsig is making his directorial debut here and you can sort of tell; 12 Strong looks great and constantly keeps it plot moving, but dig a little bit deeper and you’ll realize that there’s not much depth to the proceedings. It’s fine if Fuglsig didn’t set out to make ant anti-war movie and give his two-cents on the atrocities of the Iraq war, but there comes a point when there’s only so much action one can take before it’s all too clear that said action is just taking the place for more important, beneficial things like character development, story-arcs, and some sort of a point to get across. This is just blockbuster film-making at its most boring and while it’s definitely serving its core audience, for everyone else who may want a little something more than just loud noises for two whole hours, it’s not really worth it.

And it’s weird because there’s such a good ensemble here, you almost want to give it a pass based on them alone. But even so, no one here is really given all that much to do; Hemsworth is the protagonist, but mostly has one-side to him that we see the whole time (cool, charming, confident) and it gets boring after awhile. Michael Shannon’s never put in a bad performance ever, but seems like he’s here just for the paycheck, as is the same for Michael Pena, Trevante Rhodes, and even Geoff Stults. The only small bits of fun within the cast come from William Fichtner as the Sergeant that’s all for throwing down orders, and Rob Riggle in a rare dramatic-role that shows he may have some tricks up his sleeve in the near-future.

Other than that, nope. Pretty boring.

Consensus: 12 Strong serves as a worthy tribute to the real-life soldiers depicted, but as an exciting, emotional, and compelling look at war, it doesn’t come anywhere close.