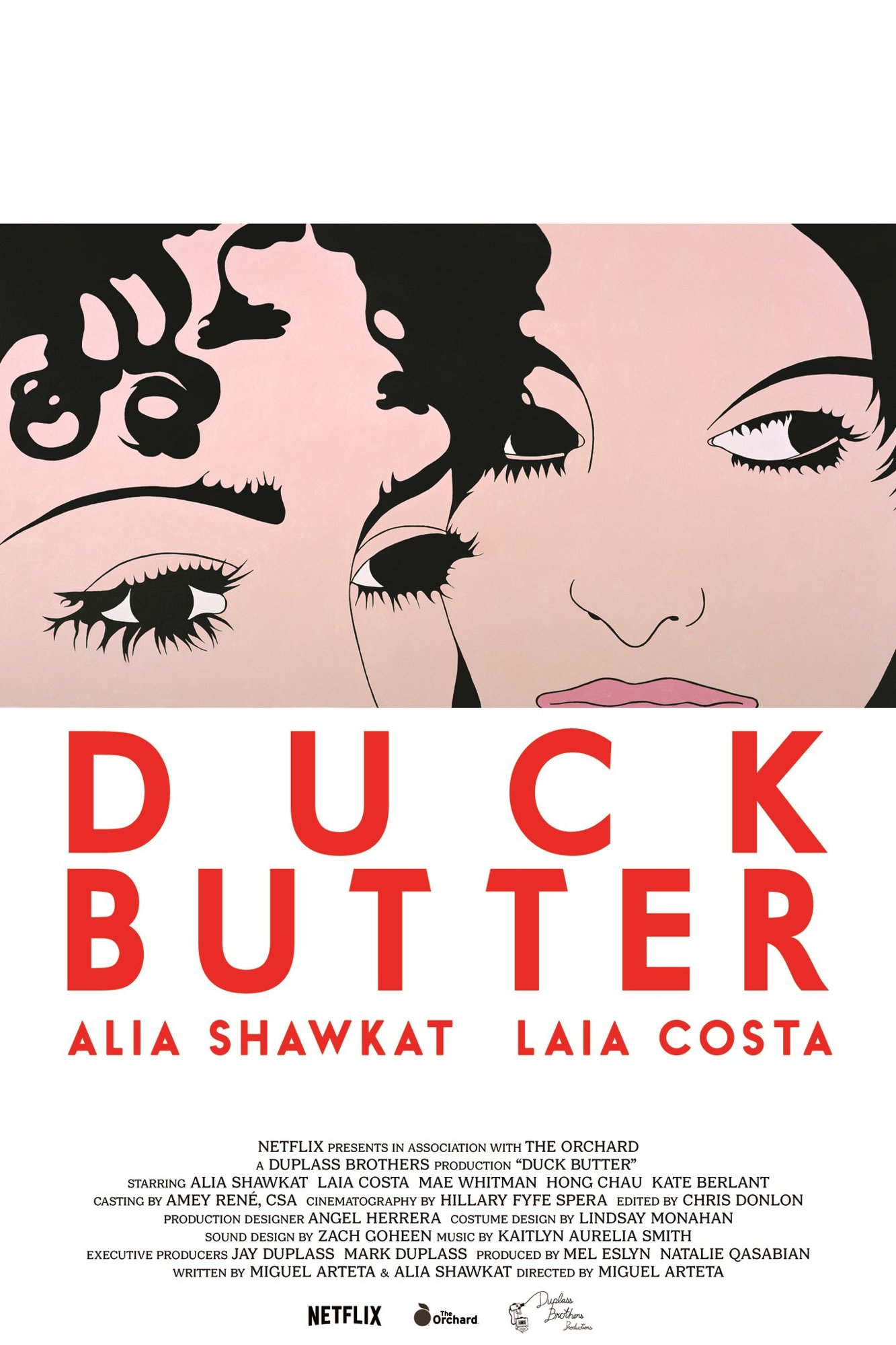 Please. Do not Google that title.

When Naima (Alia Shawkat) and Sergio (Laia Costa) meet for the first time, it’s like magic. They instantly hit it off, they have hot sex, and they have some hopes and plans to see each other in the future. But Naima, for some odd reason, is a little hesitant; she doesn’t know if she’s quite ready for a relationship that’s full of commitment just yet. However, that changes when she gets fired and decides to spend the next 24-hours of her life with Sergio, where they will get to know each and every little thing about one another. Which means that there’s obviously going to be a lot of fun, a lot of love, a lot of sex, and oh yeah, a lot of fighting.

Most of why Duck Butter works is because it feels like co-writer/director Miguel Arteta and co-writer Alia Shawkat aren’t trying to reinvent the wheel. The premise is already a tad bit contrived, but it’s easy to fall for because they’re both millennials and the movie makes its case known that it’s not necessarily going to be the meanest, or darkest of rom-coms. It’s going to be a little sweet, a little sexy, and most importantly, a little romantic, even if it’s not entirely as serious as it should be.

Which isn’t to say that Duck Butter doesn’t take itself seriously at all, because it does – it just so happens to occur so late in the game that it feels like a missed-opportunity. Because for so long, it doesn’t feel like Duck Butter is forcing itself to be too much of anything and follows a simple, relatively easygoing pace that isn’t too demanding, but then that all changes in the last-act. We get too many twists, turns, revelations, drama, and randomness that seems to come from a different writer, let alone a different movie.

It’s why some movies benefit from just being themselves and taking their time, and not trying to force anything out of itself.

But thankfully, the chemistry between Costa and Shawkat isn’t forced, because if it was, this movie would have been a whole lot harder to watch. Due to the majority of the film surrounding them, their connection, and whether or not they gel as well as they should, Duck Butter benefits from the two being incredibly comfortable with one another, but also having you guess just how one’s going to act next. You never know if they’re going to stay in love by the end of the whole day, or if they’re just testing something out and see where it all goes from there. They’re relationship is a lot like Duck Butter, the movie, in that we never quite know where it’s going, or where it’s going to end up, but sitting, waiting and watching is enjoyable enough.

So long as it doesn’t try and push too hard.

Consensus: With two very likable leads, Duck Butter works as a small, but interesting rom-com that never reaches the dramatic heights it wants, but at least makes something of an effort.