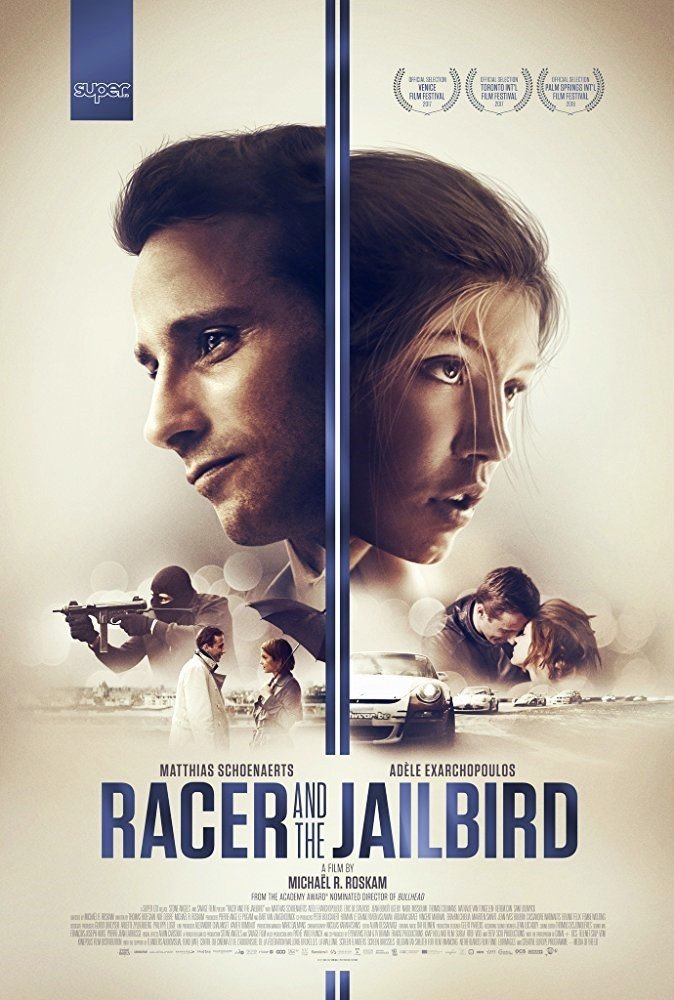 NASCAR is pretty cool. I guess.
Bibi (Adèle Exarchopoulos) is a successful race-car driver who has the world at her finger-tips. Literally. She can do whatever she wants, whenever she wants, and she is in full control of her destiny. But that all gets a little shaken up when she meets Gigi (Matthias Schoenaerts), a cool, sexy, and suave businessman who may or may not also be involved with crime. But Bibi doesn’t quite know or care about that stuff enough to let it get in the way of the love and connection she feels with the guy, even when it turns out that yes, he is involved with crime and they may have to use her for a few heists every now and then. It may make, or break their relationship and it’s all up to Bibi to see where she wants to go next with this possible criminal.

For awhile, Racer and the Jailbird is quite a fun, exhilarating and compelling crime-drama that gives us two interesting characters, a believable romance, and a whole lot of opportunities to go into some wild and crazy places. The movie definitely plays around with genre conventions, but at the same time, still give us what we expect from a crime-drama still; we know that beats, we know the rhythmns, and we know the solos, but there’s still something enjoyable about it all. And it mostly all comes through the artful direction of co-writer/director Michaël R. Roskam who knows what an audience expects with this kind of stuff, gives us a little of what we want, but also try a little something new.

For awhile, though. After the first hour or so, for some reason, Racer and the Jailbird stops dead in its track, changes its tune, and falls apart. It’s hard to say what really happens without getting into total spoiler-territory, but it’s just that the plot doesn’t go as you’d expect and rather than still finding ways to keep the plot exciting and somewhat entertaining, Roskam seems to have lost all interest in where to go with the story and what to do with everyone and everything that he’s already spent so much time on developing for the past hour or so.
And it’s a shame because, like I said, Roskam was really getting somewhere here.

Mostly though, it all comes through in the chemistry between Schoenaerts and Exarchopoulos who know how to make anything that they’re doing, watchable. For one, they’re both extremely attractive, making their interest in one another a no-brainer, but the two do really have a solid bit of chemistry that keeps the movie humane and honest, even when it seems like it’s got no clue of what to make of itself. Exarchopoulos is especially impressive playing a woman who could easily take care of herself and not have to worry about whatever issues Gigi would bring her into, but she’s in love, she doesn’t know what to do, and she just has to follow her heart. It’s not a smart decision, but it’s one that we can get behind because we like her.

But still, even she feels trapped in something that’s never fully developed. Once we get past the fact that these two have hot, sweaty sex and are in love, we never really know much more. And that matters for the last-half when it becomes clear that the movie’s taking its romance a lot more serious than it probably should have; it is a typical case of Roskam trying something new and dialing it way back, but when he already had everything exciting and moving in a solid direction, why change it up? To give us something different? To prove your an arthouse-director, first and foremost? Or, was it just to experiment around a bit?
Either way, this one should have been so much better.

Consensus: Even with a solid first-half, Racer and the Jailbird loses all control of itself when it decides to take a risky turn late in the game and not be able to get back on track. Sorry. A lot of racing puns.