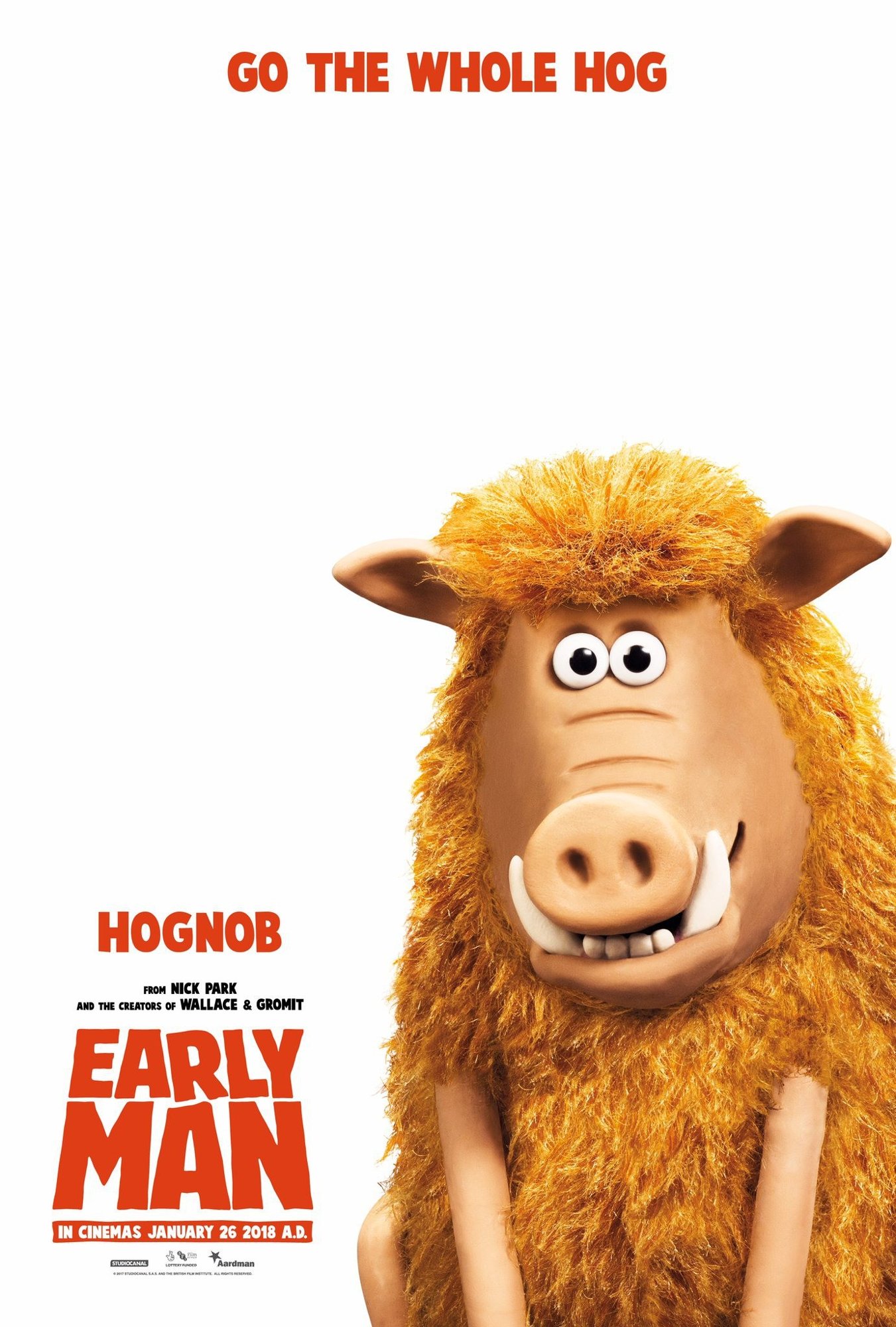 It’s the Stone Age and a young caveman named Dug (Eddie Redmayne) lives with the rest of his tribe in typical, peaceful harmony. That all changes when it turns out that valley that surrounds them is being torn down for no other reason except that Lord Nooth (Tom Hiddleston) is a bad man and wants precious metals. So, like any other normal caveman, Dug challenges the professional soccer team to a game, in the hopes that if Dug’s team wins, they’ll be able to stay in their valley without any issues whatsoever. However, if they lose, they’ll be thrown off of their land forced to get with the times. And the later seems a whole lot more likely when it turns out that Dug’s fellow villagers really don’t know a thing about soccer and can’t really take their hunting skills to the grass. Maybe practice is all they need? Or maybe even a little outside help, courtesy in the form of Goona (Maisie Williams), a local resident who is sympathetic to the cavemen cause.

Compared to what we have seen over the past few years with Aardman, yes, Early Man is something of a disappointment. It’s not all that witty, not all that funny, not all that colorful and bright, and it’s not really all that interesting, whereas all of the past flicks have been just that. Even their lesser-attempts like Pirates!, while incredibly silly, still have something to offer and bring to the animation world, reminding you why Aardman is such a force to be reckoned with.

But if Early Man proves anything, it’s that even studios like Aardman can have their own mediocre efforts, which is fine, I guess. Cause if anything, a weak film from Aardman is better than most of the other junk out there, which works in this one’s favor. It’s easy to sit there, watch this movie and wish that it was better, but in doing so, also enjoy some bits and pieces of it, too.

Like, for instance, all of the animals are funny! Hognob the pork is a barrel of laughs; there’s a duck bit that works a few times; and there’s even a rabbit who seems to be reminiscent of the Caddyshack groundhog, but is still a lovely running-gag nonetheless. Other than that, however, yeah, Early Man doesn’t really have a whole lot to offer – some more laughs come in every now and then, but really, it’s nothing special.

And yes, it’s weird because with the main message at the center of it, you feel like Early Man may be getting somewhere. A movie about acceptance, love, family, and tradition, while all standards of kids movies, still feels ultimately relevant given today’s landscape, but even that’s not fully fleshed-out enough. It’s as if director Nick Park and his crew of screenwriters had the animation to work with, but not many ideas and decided to put out something because, well, it just seemed like the right time.

And sure, I guess it did for them. But for those who expect a little something more from Aardman, it wasn’t the right time. Maybe a few more rewrites will work out in the long-run.

Consensus: Though it’s good-natured, Early Man doesn’t quite reach the heights of Aardman’s previous ventures, feeling like a missed-opportunity at doing, well, something.