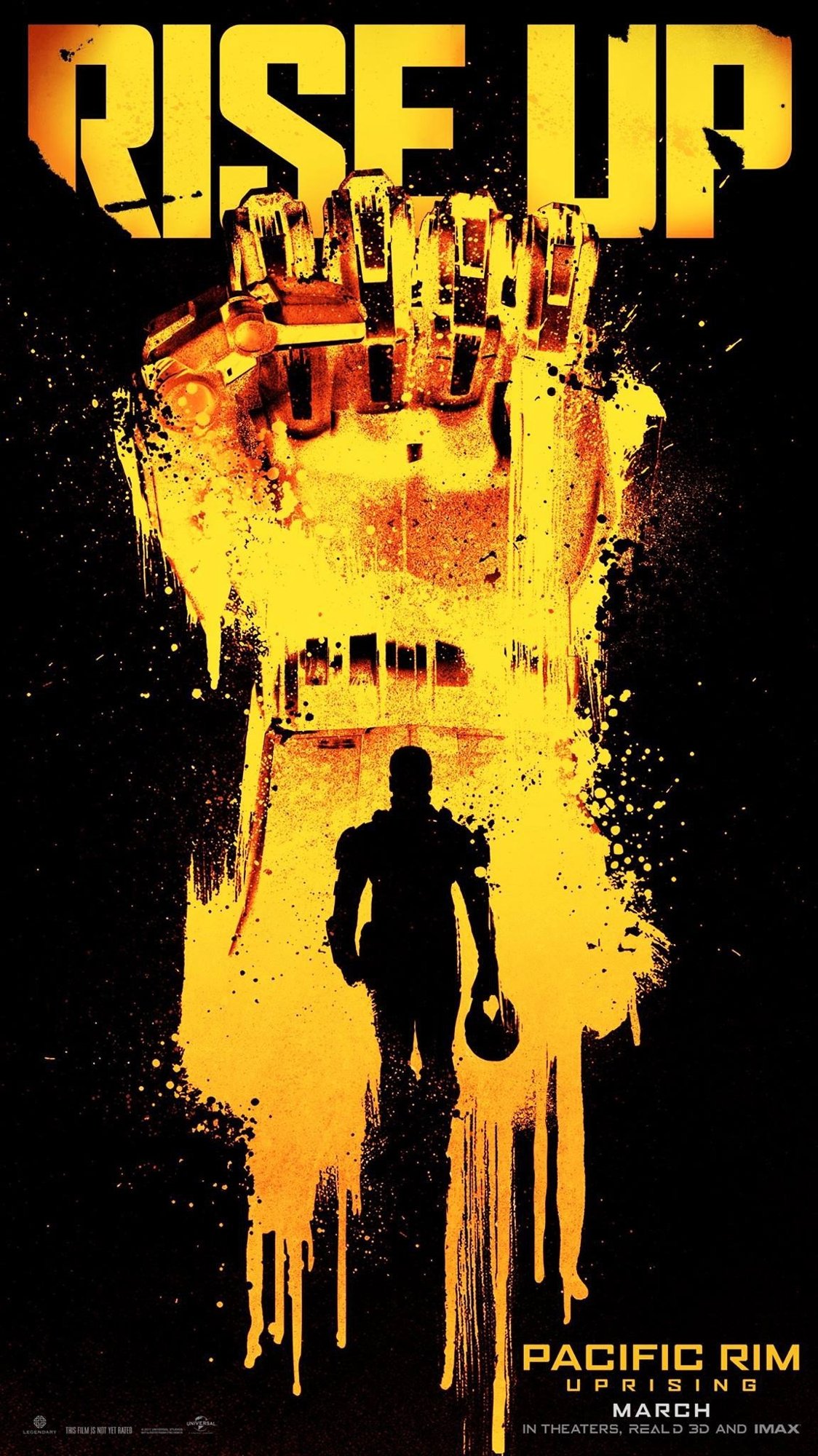 More robots battling other robots! Never seen that movie before!

Jake Pentecost (John Boyega) is a once-promising Jaeger pilot whose legendary father (Idris Elba) gave his life to secure humanity’s victory against the monstrous and evil Kaiju. Jake has since abandoned his training only to become caught up in a criminal underworld, where he’s a shell of his former-shelf and doesn’t really care about it. However, that all changes when it turns out that an even more unstoppable threat than ever before is back and ready to take over the world, leading Jake to rethink hiatus from the robot-fighting world. Teaming up with the rusty band of misfits that he’s used to being around, including Lambert (Scott Eastwood), a fellow fighter who doesn’t quite get along with him, he plans on taking down the Kaju once and for all, while saving humanity in the meantime.

So yeah. The first Pacific Rim, despite featuring an A-list cast, a huge budget, and none other than the direction of Guillermo del Toro, it never quite took off. It was too stupid, too poorly-written, and honestly, not as fun as you’d expect it to be. The whole promise of “Top Gun directed by del Toro”, never quite came together and for awhile, it seemed like a missed-opportunity that may never be touched again.

But here we are, many years later, with Uprising and it’s, well, fine enough.

Is it dumber? Sort of, but not really. One thing is for sure that the action is a lot more fun this time around, probably because there’s a whole lot more of it. Rather than being a near-two-and-a-half-hours like the original, Uprising weighs in at a total of 100 minutes, making it thankfully shorter, but also tighter, leaner, and meaner, allowing for there to be actual more giant robot and monster battles.

Does this mean that it’s an improvement over the original? Not entirely.

Director Steven S. DeKnight, despite clealry being stuck in a shadow, does what he can to ensure that everything moves as firmly and as briskly as possible, but there’s only so much he can do with this script. When the robots and monsters are fighting, it’s all fine, dandy, and fun. But when we’re forced to sit down with these characters, relax, and listen to them chat, then yeah, it’s a little troublesome.

And it’s not like Uprising doesn’t have a sense of humor – in fact, it probably has more of one than the original did. But the problem is that it’s just not silly enough to really warrant all of the serious stuff that they try to get through, too. For instance, it’s very hard to have Charlie Day playing an evil-mad scientist, shouting off of a roof-top to a giant evil monster, but then, a few scenes earlier, have someone mourning the death of their sister, estranged or not. It’s uneven, for sure, but it also feels like it wants to have it’s cake, eat it, and then throw it up.

In other words, it doesn’t fully work.

It does what it sets out to do in giving us all of the robot-fighting action we could feasibly ask for, but when that’s not on the screen, the movie’s a tad bit hard to get through. John Boyega has charisma for days, but even he can’t help a lot of this goofy material that would have been much better suited for someone like Scott Haze or Chuck Norris. That’s bottom-of-the-barrel stuff, I know, but hey, it’s what I expect from my straight-to-DVD flicks, not my multi-million-dollar, big-budget blockbusters.

Consensus: While it is stacked with plenty of robot and monster-fighting fun, Uprising also feels a lot sillier than the first, and not in a good way.