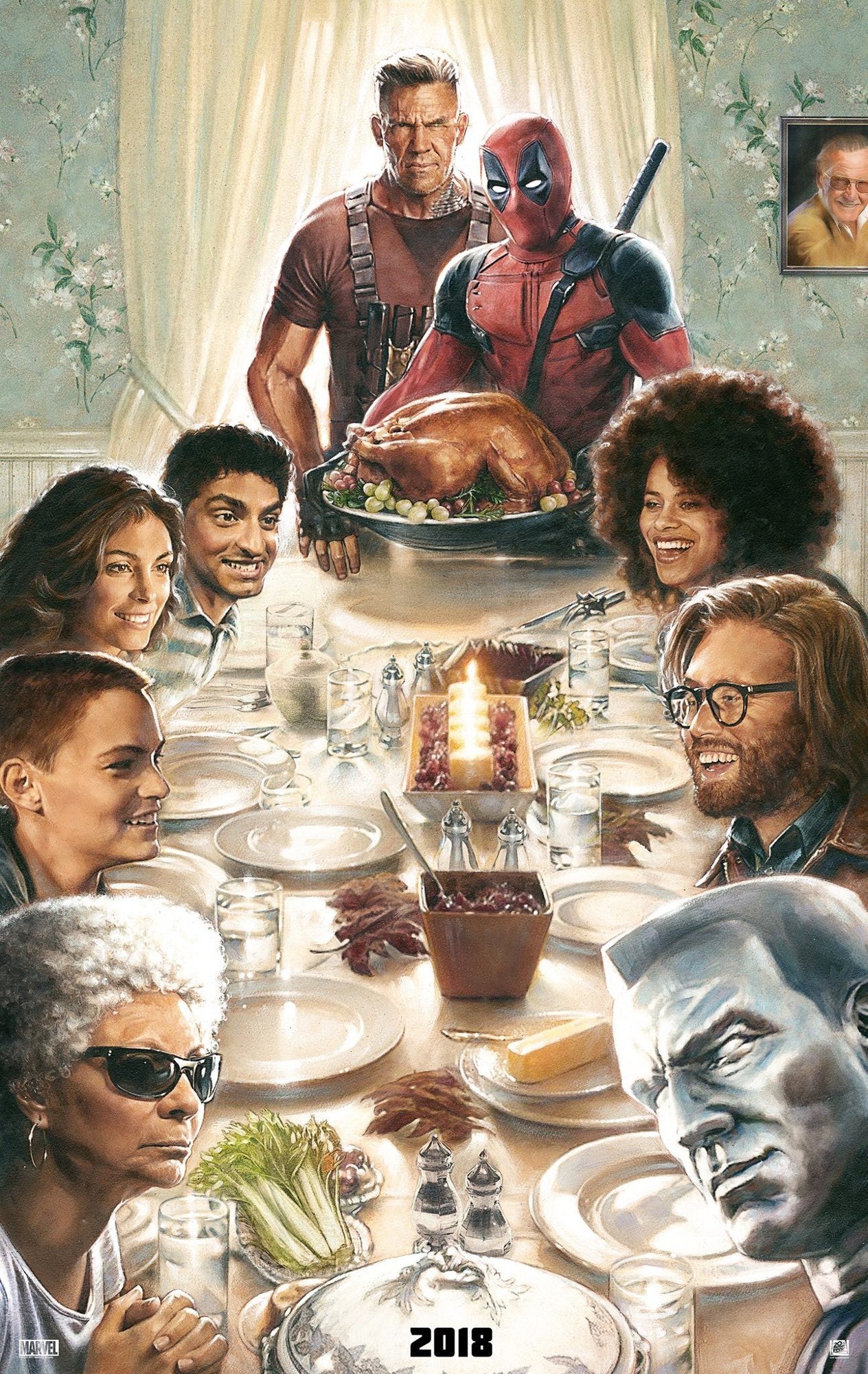 It’s been a few years since we last saw Wade Wilson (Ryan Reynolds) and well, things are still pretty much the same. He’s still incredibly violent, snarky, foul-mouthed, and very much in love with Vanessa (Morena Baccarin). However, his whole life comes crumbling down when a young, lonely orphan named Russell (Julian Dennison), who also has explosive mutant-powers, gets him into trouble and forces him to not just re-evaluate his life as a whole, but whether or not he actually wants to be a superhero in the first place. Then, in walks Cable (Josh Brolin), a solider from the future who wants to kill little Russell, but why? Wade wants to know and will do everything in his power, his might, and his smarts to keep Russell from being savagely killed by the mean and somewhat nasty Cable.

It’s hard not to look at Deadpool 2 and think of it as something of a sell-out, especially after all of the hell that the original had to go through to actually get made. But still, it’s dumb to think a major motion-picture blockbuster that made just as much as the first did, wouldn’t just get a sequel, but a bigger, much more star-packed, and more expensive follow-up.

Unfortunately, not really. What Deadpool 2 does have over the first is that it’s action is much better, much louder, and much crazier than ever before, which is mostly due to getting John Wick director David Leitch involved. He knows how to craft these big, over-bearing set-pieces that are over-the-top and ridiculous, but this is a superhero movie, so it works and makes you wish that all superhero movies were just like it.

But action aside, Deadpool 2 is still very much the same thing around, except the humor isn’t nearly as hilarious as the first-go around. Sure, there’s still a lot of meta jokes, pop-culture references, winks towards the crowd (literal and otherwise), and a general raunchiness that you won’t see in any other corporate production. But whereas the first felt fresh, subversive and dare I say it, ground-breaking, this time around, it’s only mildly funny, with most of it feeling like it’s stretching a little too much. It isn’t that Deadpool 2 isn’t funny and doesn’t have its fair-share of hilarious jokes, but when you leave the movie being able to remember the last line of the whole movie being the funniest (which is also, oddly enough, in the post-credits), then it’s a bit of a problem.

But still, Deadpool 2 is a fine and fun movie no matter which way you shake it.

Compare it to the first no matter what, and well, it’s not going to win the battle. But what it does win is the battle of being a very fun, very goofy, and still somewhat original superhero movie that has a few tricks up its sleeve, but ultimately, is still the ugly, twisted and demented stepsister of the first. Add-ons like Julian Dennison, Zazie Beetz, and Josh Brolin bring a little something more to the table, but mostly, it’s Ryan Reynolds show and he makes it a joy to watch him doing whatever it is that he does.

And I guess, that’s all this sequel needed to be. So I’ll stop complaining and just be happy with what I’m given.

Consensus: Even if it does have to follow-up a very tough act with the first, Deadpool 2 is still an enjoyable, diverting, and sometimes hilarious superhero flick that gives us more hope for this franchise.