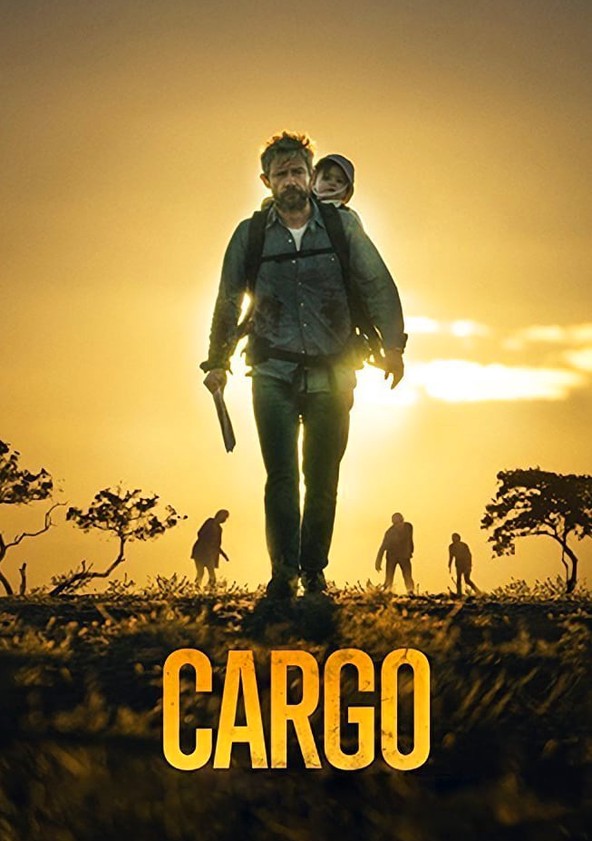 It’s the near-future and a virus has wiped-out a solid majority of the human-race and have turned them into flesh-eating zombies. However, these ones are of a different breed, in more ways than one; it takes longer to get infected and when you do, all sorts of weird goo begins to come out at you. Either way, it’s not pretty and it’s not something you want to get stuck with, especially when you have a newborn by your side. And this is the exact issue that Andy (Martin Freeman) runs into when his wife gets infected and killed, leaving him the next 48 hours to figure out just what to do with his baby, who to give it to, and make sure he does it all before he becomes a flesh-eating zombie like this late wifey-poo.

So yeah, it’s another zombie movie. But hey, Cargo at least tries something new and interesting in that it has a set timeline of how long we should expect the story to go on for and much more characterization than you’d expect. It’s still a conventional, at times, formulaic zombie-flick that likes its blood and gore, but also finds some ways to have its heart, too.

So yeah. It’s a fine addition to the never-ending zombie sub-genre.

If anything though, Cargo works because it does have a much smaller scope than most movies, keeping itself placed firmly on Andy and his objective on making sure to get his baby out of harm’s way. It’s a simple premise, but it works to the movie’s advantage, because it allows for us to feel some suspense and tension, even while we’re watching, what is simply, Martin Freeman walk around zombies with a baby on his back. But hey, it still works because Martin Freeman is such a great actor that even he can make some of this schlocky-material work, and that he does. He knows how to make this kind of material work and have us grow a little closer to this Andy guy, even if we literally know nothing about him from the start, except that he’s a dad, a husband, and a guy stuck trying to survive the zombie apocalypse.

But most of the compliments for Cargo sort of start and end with Freeman, because while the premise is simple, it still can’t help but all caught-up in unnecessary twists and turns that literally come from out of nowhere. Andy meets a few strangers along his way, some good, some not, and it usually goes how you expect – he trusts the good ones and the bad ones, not so much. Of course, because we have the timeline in our heads, it helps speed-up this process, but it’s also hard not to realize when a movie is going through the same tricks, again and again. Watching a character go nuts because he just had a kill a love one and is now losing all control, is something we can see every Sunday on AMC – here, it’s just a bit tiresome.

Still, Martin Freeman. He’s always around to save the day.

Consensus: With a smaller-scope than most zombie flicks of its nature, Cargo gets by a bit, but also falls into the same prat-falls and general goofiness that doesn’t altogether work.