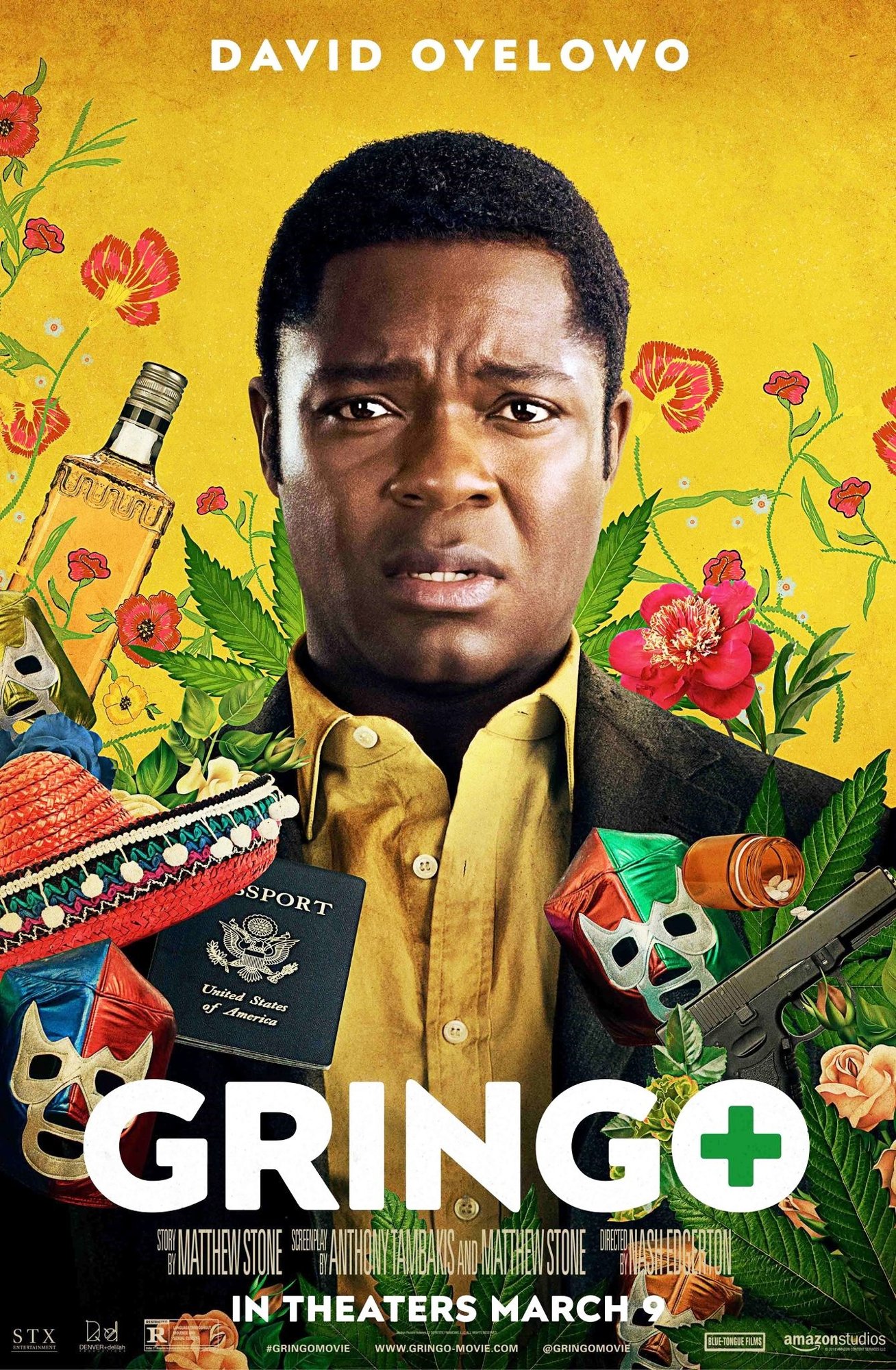 Mild-mannered U.S. businessman Harold Soyinka (David Oyelowo) has what is basically the life. A lovely wife (Thandie Newton), a boss who’s also something of a friend (Joel Edgerton), and a general happiness that helps him get by the rough times, like when it turns out that he’s in a great deal of debt and without much of a paddle to help him out. But if that wasn’t so bad, it gets even worse when he finds himself at the mercy of backstabbing colleagues, local drug lords and a black ops mercenary after traveling to Mexico, leaving Harold to drop the good-guy shtick and become something of a bad-ass. But once you break bad, can you ever go back? Better yet, do you want to?

Gringo feels like the kind of movie that was done out of a labor-of-love for everyone involved. These immensely talented and lovely people clearly all had a ball filming with one another, shooting on-location in Mexico, and most importantly, getting paid while doing so. But as is usually the case with those movies in which everyone’s having a ball, Gringo turns out not to be such a blast for those who matter the most: The audience.

For one, Gringo is an odd flick that never seems to know what it wants to be. It wants to be a wacky, silly, and over-the-top comedy that makes fun of fat people, egotistical people, corporate America, Mexicans, drugs, Nigerians, and murder, but also wants to be a dark, somewhat seedy thriller about a man losing all control of his better senses to become an evil, killing-machine. It’s basically trying to do what Tarantino does so well, but like so many of those copycats that still seem to come out even 24 years after Pulp Fiction, Gringo doesn’t know how to smoothly work everything out.

So for some reason, it just becomes an odd mish-mash that isn’t always successful and/or fun, but it’s fine enough.

Yeah, it’s weird because I love everyone involved and you’d think that together, with something of a promising premise, that they’d make magic happen, but they don’t. The movie itself is so twisty and weird, it kind of loses grip with its ensemble and doesn’t always give them enough to work with. Due to this, the cast is forced to take matters into their own hands and, in ways, make it up as they go along; Charlize Theron’s evil character could have been a cackling witch of a villain, but instead, has some sense of heart and humanity, that just wants to bang nonsense. Even Melonie Diaz, who plays Joel Edgerton’s secretary, has a few scenes where we get some brief moments of levity and insight into her character, making us imagine what could have been had the movie been much more defined and well-written.

But for some reason, it’s just kind of a mess. It’s the kind of mess that isn’t boring, or dull, as much as it’s just frustrating. It never knows where it wants to go, what it wants to say, or even what genre it’s working with – it’s sort of just making itself up as it goes along, leaving some moments to feel funny, interesting and inspired, but others to feel weird and out-of-place. Basically, it’s the clearest example of what can happen when you have so many great people and pack them into something that, well, isn’t so great.

Not even they can save the day.

Consensus: Even despite the talented ensemble, Gringo never fully makes sense of its tone, making it feel like a hodge-podge of different things and other stuff that’s already been done better in other flicks.