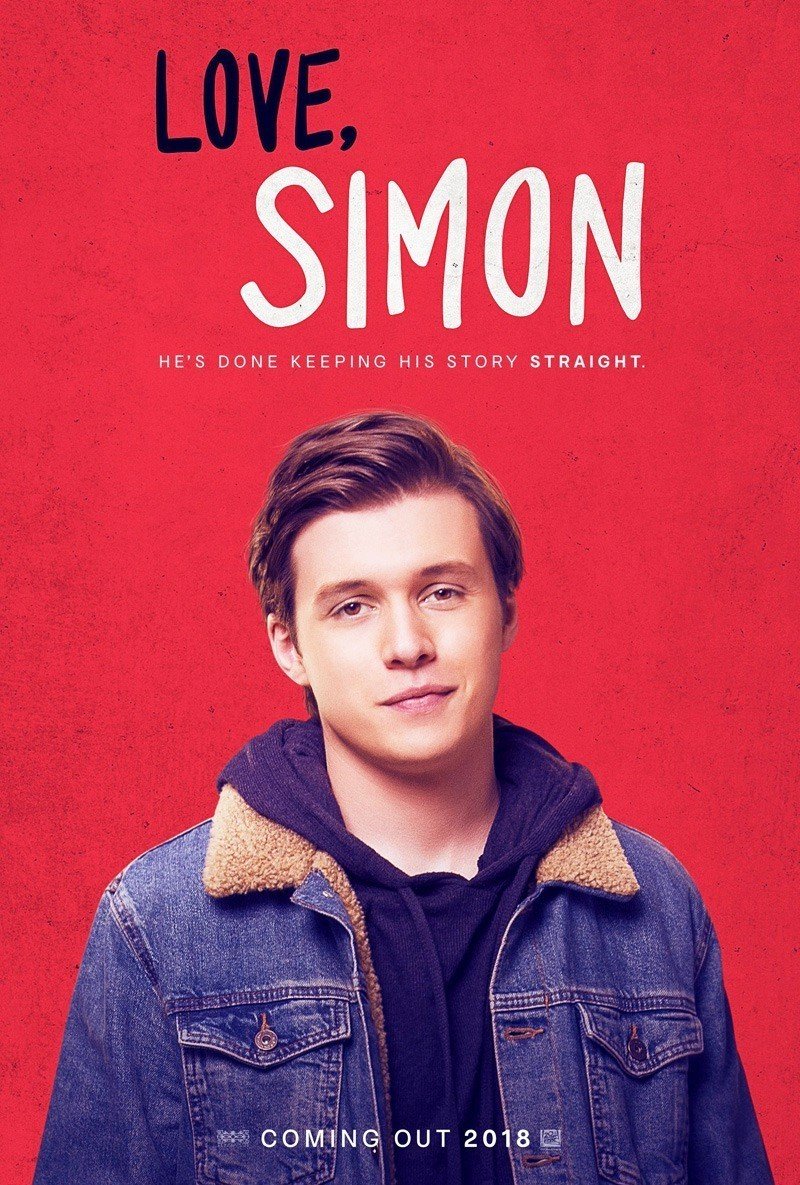 Simon (Nick Robinson) is like any other high school kid living in America. He’s got a group of dedicated, loyal and lovely friends, parents who love him, and a solid education that may have him go somewhere in life. However, he’s also got a little secret: He’s gay. But you know what? It’s 2018 and he thinks that it’s time to be out and about it with it, but not just yet. For now, he’s going to wait for the right time to come and then tell everyone when he is ready. In the meantime, he chats it up online with another fellow gay man at his high school who he doesn’t know, nor doesn’t know who he is. The two begin to connect over their own issues grappling with their own sexuality and acceptance, as well as general issues that all teens go through. But time goes on, Simon begins to feel the pressure from everyone around him and before he knows it, he’s ready to come out. Problem is, it doesn’t quite go as planned.

There’s a lot of negativity surrounding the fact that Love, Simon is about a white, relatively rich kid who also happens to be gay, played by a cisgender male, and also seems to make itself a conventional, almost formulaic coming-of-ager romance flick. Is any of this undeserved? Not really. But what I think those who make these points seem to not fully understand is that Love, Simon is trying to do something that no other LGBTQ-film has done before: Appeal to literally everyone on the face of the planet.

Okay, maybe not everyone. But pretty damn close.

And that’s why it’s incredibly hard to hate Love, Simon, because it’s so charming, so sweet, and so eager to please, that you sort of just go with it, accept it as a John Hughes-clone, and learn to grow to understand and love it a little more. It’s a movie that may not seem groundbreaking now, because there are so many movies in its same vein out there in the world, but never at this height, with this much exposure, and honestly, with this much tender care and heart. It could have easily been a hack-job that felt like it lost any form of personality or ambition, and just came-off as phony, but it never did – it’s a genuinely honest and somewhat matter-of-fact tale of a kid growing up, learning how to accept himself, and those around him.

Which sounds a tad boring, but Love, Simon works because it has a winning wit and likability to it that’s hard to turn a blind-eye to. Director Greg Berlanti strikes a solid tone here where the movie is always light-on-its-feet with these characters, their lives, their personalities, and the general stuff about high-school that we see so much of, but also doesn’t forget about Simon himself and his dilemma. It takes awhile for the movie itself to eventually drop all of the joking around and get serious, but when it does, it’s effective and smart, feeling like the kind of movie that knows exactly what it’s trying to say about being gay and understanding how the world sees you and how you yourself feel.

Once again, it’s nothing incredibly new if you’ve ever been to a LGBTQ film festival before (which I’ve been to many), but considering the huge-audience this is trying to reach, stuff like this matters.

And that’s truly something special, folks.

Consensus: Despite appealing to a much larger-audience than is expected for LGBTQ films, Love, Simon is still a heartfelt, sweet, and rather honest film about coming out, high-school, and of course, all the highs and lows that come with it.