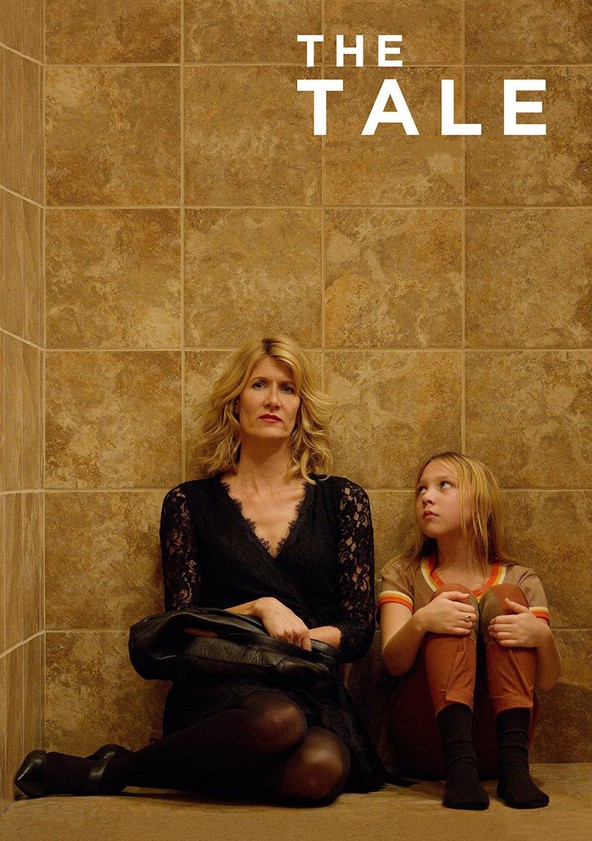 Look out for those P.E. teachers.

Jennifer Fox (Laura Dern) is an accomplished film-maker, writer, and professor. She lives a relatively normal life, with her relatively normal husband (Common), and doesn’t have too many issues getting by in her day-to-day. However, she’s holding a very dark, very tragic secret: When she was 13-years-old, she was sexually-assaulted repeatedly by her running-coach (Jason Ritter). And all of the trauma comes back to her when she finds out that said running-coach is being honored for excellence and teaching the youth of today. As the date to that ceremony grows closer, Jennifer tries to remember exactly what happened when she was young, who exactly was to blame, and whether or not any of it was made-up in her head, or not.

The Tale is the kind of movie I have to give major kudos for its inherent bravery. It’s not easy to talk about your traumatic damage from sexual-assault, let alone write and direct a whole movie that’s not hiding it one bit that this is your story to tell and you aren’t going to leave any details out. Jennifer Fox really was raped when she was a child by her running-coach and this is her basically spilling out her guts and emotions for a total two-hours. It’s honest, sad, disturbing, and most of all, effective.

But it’s not nearly as effective as it could have been. Why? Well, for one, the Tale plays too much like it’s a book and a very stylized one at that. There’s a lot of flashing back-and-forth between past-and-present, what happened, what didn’t, dream-sequences, talking to the camera, talking to characters through the camera, and so on and so forth. It’s a lot of style for what could have easily been a simple, yet still harrowing tale and not lost any of the initial effect.

But as it stands, there’s a lot of direction here and it comes pretty close to derailing the Tale.

Thankfully, it doesn’t, because at the center of it all is this very unfortunate and disturbing tale that given today’s political climate of #MeToo and the Time’s Up movement, feels awfully relevant. However, what surprises me the most is that Fox doesn’t ever get preachy, or try to make it seem like she’s passing off any sort of ham-fisted message about love, acceptance and stranger-dangers; if anything, she’s using her awful tale as a possible way to gain insight to other victims just like her. It’s smart and shows that you don’t have to preach to the choir non-stop, just to grab their attention and keep it the whole time.

And with this ensemble, too, it’s hard to ever really go wrong. Laura Dern gets a lot to do as the emotional-drained Jennifer, who tries to do every little thing that she can to stay normal in a world that has already thrown her away and left her for dead; Ellen Burstyn is a joy as her mother who may or may not be a total witch; and surprisingly, Jason Ritter is pretty creepy as the running-coach that rapes Jennifer when she was just 13. Cause he isn’t creepy in the sense that he’s all grabby right off the front – nope, he’s much more subtle in that he takes his time with her and eventually wins her over with a smooth voice, soft words, and an always calming demeanor that makes her think that this is what she wants. It’s disturbing and hard-to-watch, but it’s the point. Not all sexual-abusers/pedophiles work in the most obvious, over-the-top ways – sometimes, they’re just waiting for their moment to strike when no one’s watching, or when they know you’ve got nowhere else to go, no one else to turn to, and can only trust one person and one person only.

Consensus: The Tale is soul-draining stuff that remains effective, even if it’s highly-stylized direction can sometimes get in the way of the emotional workings.