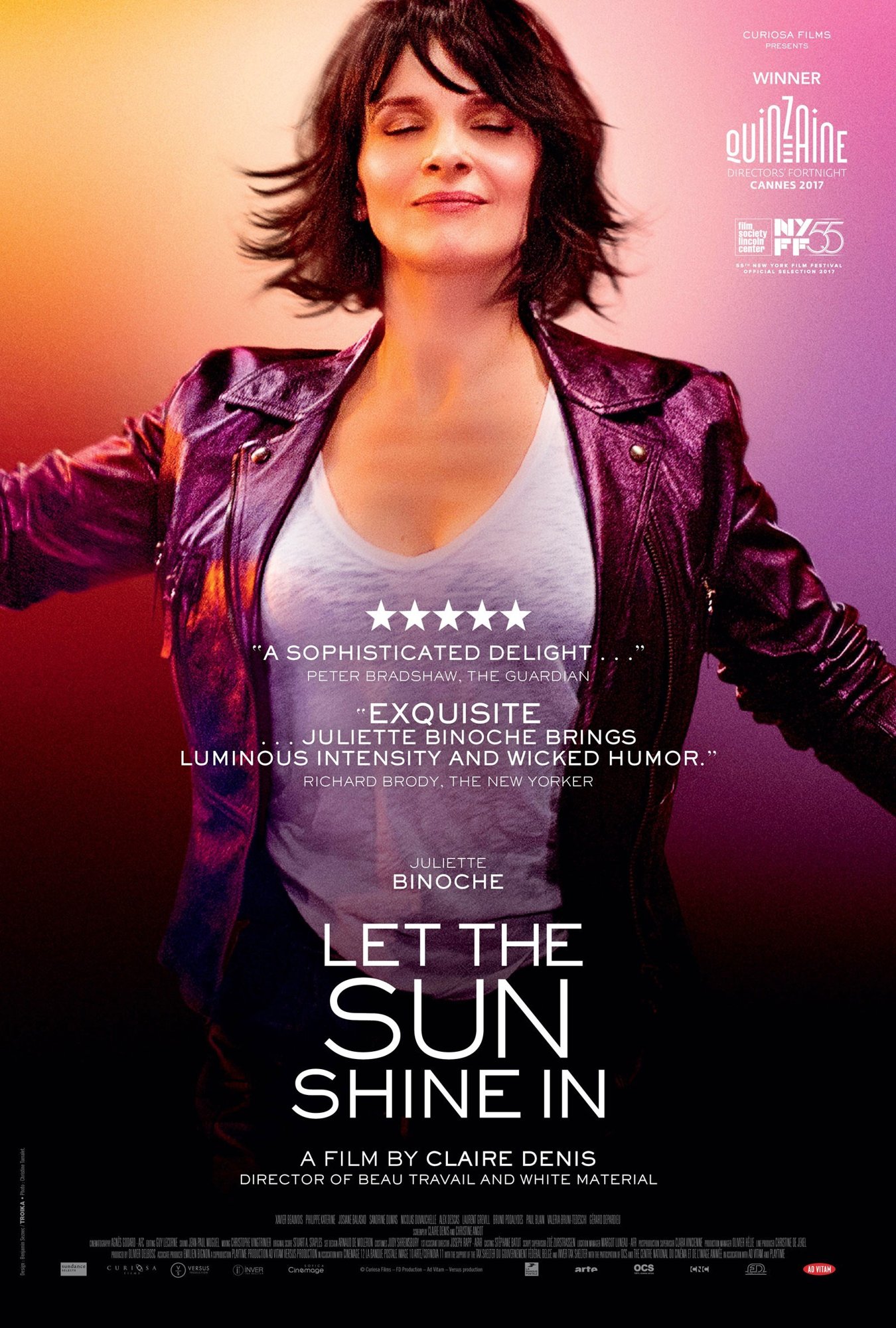 Isabelle (Juliette Binoche) is an older woman who is slightly confused of what she wants in life. Her art frustrates her, but most importantly, men are the biggest problem in her life. And it isn’t that she has a rough time getting them – it’s that she has a tough time keeping them off of her, not falling for them, and getting all torn-up when it doesn’t actually work out. Take, for instance, Vincent (Xavier Beauvois), a married-man that she wants something more to do with, but doesn’t know how to go about it due to the slight issue of him already being desperately in-love with someone else. Then, there’s the young and talented actor (Nicolas Duvauchelle), that she wants to collaborate with, yet, doesn’t know if either can get past the actual sex part of their relationship. But trust me, there’s a lot more where those two came from.

Though admitting this may land me in movie-jail for eternity, I hate to say it but I’m not entirely a fan of Claire Denis’ movies. While I appreciate that she tries for something very different, subtle, and almost poetic, most of her movies just never quite connect with me; it’s as if they scratch the surface of something, yet, never go deeper. Whenever people complain about French movies and French artists, as a whole, being “too pretentious” and “self-involved”, well, it’s hard to argue against when you’ve seen anything she’s put out over the past three decades.

But that’s also sort of the reason why I dug Let the Sunshine In.

Surprisingly, it’s a little bit different from what we’re used to with Denis; there’s actual, long-formed, fleshed-out conversations, a lot of talking, and character-development that goes beyond surface-material. This also may be the closest thing that Denis can ever come to creating “a comedy”, but it’s not one in the general sense – the certain beats that we expect from a comedy to hit, aren’t really hit here, but skewered and played-off in a different manner that makes you want to laugh, but at the same time, not really? It’s strange, really, but Denis plays well with it that you stop worrying what to classify Let the Sunshine In as, and just roll with whatever it wants to do.

And at a surprisingly brisk and quick 95-minutes, Let the Sunshine In goes by pretty smoothly. There’s more substance here than you’d expect, but because Isabelle, our lead protagonist, goes off from guy-to-guy, there’s always a sort of excitement in the air that gets better with every little interaction she has, weird or not. It also helps that Binoche is so good in this role as Isabelle, a challenging and somewhat frustrating character, that you can hardly take your eyes off of her; she talks to so many different people throughout, in slightly different, subtle manners, that it’s always hard to pin-point exactly what she’s feeling at any given moment. The character of Isabelle may be socially-troubling (she literally lives her life through the men she takes to bed and doesn’t ever get over it), but Binoche makes her a fascinating figure, that isn’t always tragic as she may think she is.

But hey, that’s why we need people like Isabelle in this world: To screw all of the people in the world, feel something for it all and never get over it. And yes, there are still people out there like her – just take a closer look next time you’re out at the bar.

Consensus: With a smart, quick-fire script, Let the Sunshine In is much different from Denis’ other flicks, and for the better, especially with a stand-out performance from the always reliable Juliette Binoche.