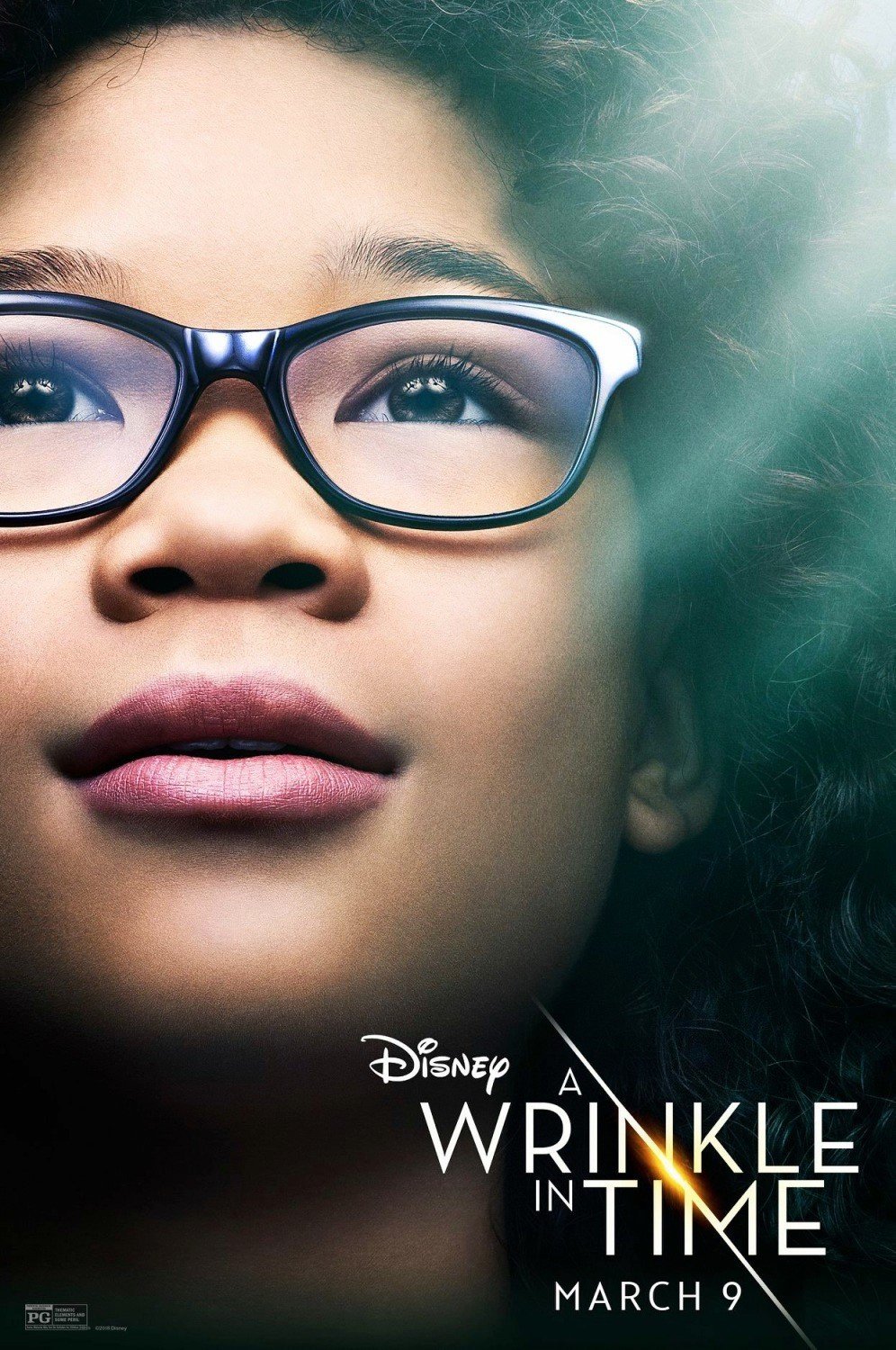 Meg Murry (Storm Reid) and her little brother, Charles Wallace (Deric McCabe), have been without their scientist father, Mr. Murry (Chris Pine), for five years, ever since he discovered a new planet and used the concept known as a tesseract to travel there. Joined by Meg’s classmate Calvin O’Keefe (Levi Miller), who also has something of a little crush on Meg and guided by the three mysterious astral travelers known as Mrs. Which (Oprah), Mrs. Whatsit (Reese Witherspoon), and Mrs. Who (Mindy Kaling), the children brave a dangerous journey to a planet that possesses all of the evil in the universe. But little do they know is that there’s an evil lurking out there that’s absolutely ready to take them down, no matter how sweet, how young, how charming, or how precocious they may be.

A huge deal of me wants to respect A Wrinkle in Time for existing, based solely on the fact that it’s the first $100 million budgeted movie to be directed by a black woman, aka Ava DuVernay. It’s a sign of the times, too, that we see a smart, interesting film maker who’s already proven herself a few times, get the keys to the kingdom on such a huge franchise, with so much toys at her disposal and without all that much studio-interference, either. You almost hope, wish and pray that this means there are more of these huge, mainstream blockbusters to be directed by POC’s, because it’s where our society is at and should have been at for quite some time.

But at the same time, you also hope, pray, and wish for the results to be a little bit better than whatever A Wrinkle in Time turns out to be.

For one, it’s a mixed-bag that never feels like it goes anywhere. Sure, it’s bright, big, bold, ambitious, and downright weird at times, but there’s other bits and pieces of A Wrinkle in Time that just don’t fit, make sense, or even seem to really matter. Yes, A Wrinkle in Time is most definitely a kids movie in that we get a lot of faux-inspirational quotes and messages about being your best-self, about never giving into the the temptation of evil, and always realizing you’re the bomb, but being told that and actually feeling that, are two different things. DuVernay seems to think that being a kid is constantly being preached to, no matter how true the sentiments may be; of course when you’re a kid you should be able to be anything you want to be, with the sky being the absolute limit, but when you’re young, you don’t want to constantly hear that.

Instead, you just want to see it, or better yet, do it. A Wrinkle in Time never really becomes either the doing or showing, just a lot of talking about it and it never quite works alongside all of the crazy and wonderful weirdness that’s playing. Which is both interesting and disappointing – the former because kids movies are usually so cynical that they don’t ever have the opportunity to be as weird as this one gets, but the later because the weirdness never makes much of a difference, especially when everything wraps-up so cleanly and perfectly, as if it were directed by someone who Chicken Soup for the Soul.

But like I said, it’s a kids movie, so I should be nice, right?

Probably, but considering all of the weight and baggage already surrounding this, it’s a shame that A Wrinkle in Time sort of comes and goes. I still hope that DuVernay gets more opportunities to make these huge, studio movies, as I hope that there are more of POC’s who get the same opportunities. However, the movie-lover within me just hopes that they get better.

Consensus: Despite boasting a great deal of wildly lovely eccentricities and visuals, A Wrinkle in Time never fully comes together, feeling like a mixture of inspirational-quotes and a weird sci-fi movie, that’s also aimed towards precocious kids.