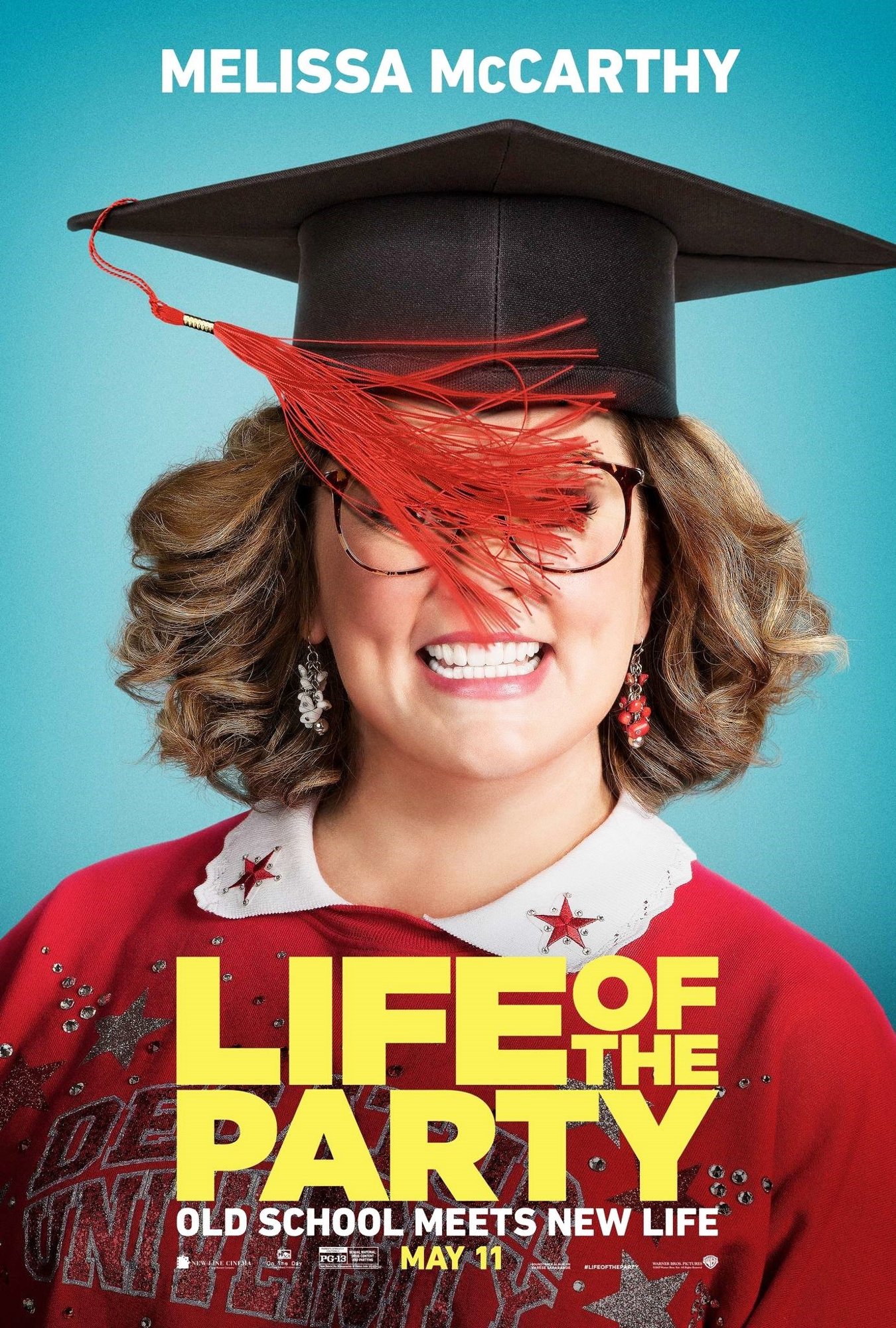 Who wouldn’t want to party and get laid with their mom around…?

After her husband (Matt Walsh) divorces her, Deanna (Melissa McCarthy) is stuck at a crossroads – she doesn’t know where to go, what to do, or how to spend all of her time with. But then it dawns on her that the one thing she’s always wanted to do in her life was get her college diploma and with her own daughter (Molly Gordon) now enrolled in Decatur University in Atlanta, why not give it a shot? Well, it turns out that college isn’t exactly what she remembers it as being and when she isn’t taking all of her time studying away and sweating during presentations, she’s also getting drunk, doing drugs, partying all the time, not sleeping, and oh yeah, banging fellow students.

Hey, maybe going back to school isn’t all that bad, eh?

Another year, another Melissa McCarthy film that’s not directed by Paul Feig. Meaning, that it’s another film in which we watch Melissa McCarthy run around, scream, fall down, break stuff, and literally do anything for a laugh, regardless of if it works with the rest of the movie or not. And it’s weird too, because you’d think that after Tammy and the Boss didn’t quite do so well, both commercially and critically, that McCarthy and her husband, co-writer/director Ben Falcone, would get their acts together and make something resembling comedic-gold.

Unfortunately, they don’t. But hey, have no fear, because it’s not nearly as bad as it may seem.

For one, Life of the Party does feature some small bits and pieces of genuine hilarity and interesting takes on the formulaic material. What’s perhaps most intriguing about Life of the Party is how Deanna herself is so easily taken in by this group of rag-tag girls, accepted, loved, and adored for who she is, that it actually works. The movie doesn’t seem like it’s shoe-horning this friendship in, either, but instead, showing us a group of gals who have all met each other under some weird circumstances and eventually became the bestest of friends. It works and it shows a sweeter side to a movie that could have easily been sour and mean.

And of course, there are some true moments of comedy, but once again, they all seem to come from completely random places. Like, for example, Maya Rudolph steals the show with just about every little thing she says as Deanna’s best-friend, but it also seems like she’s not really working with a script and just making it up as she goes along. Of course, Rudolph is great at this and can make lemonade out of lemons, but it becomes a problem for your feature-length comedy when the funniest parts don’t come at the expense of the plot, or even really any of the situations drawn-out.

As we saw last year with Rough Night and the House, just having talented people ad-lib, isn’t enough.

Sometimes, you need things like a story, or compelling characters, or hell, actual jokes that work within the confides of your material. If you’re just making it up as you go along, throwing whatever you can at the walls, seeing what sticks, what doesn’t, and moving on and acting as if nothing ever happened, then it just doesn’t work and it becomes a problem. McCarthy herself is able to get a bunch of laughs by just generally being her usual-self, but even they feel inexplicably out-of-place here, as if McCarthy herself didn’t have enough hope and faith in the script that she co-wrote and decided to just wing-it for all intents and purposes.

Maybe she needs to stick with Paul Feig a bit more and leave her hubby to the side. At least for now.

Consensus: Though it has a sweeter and softer-edge to it than expected, Life of the Party also fails to conjure up many laughs, even despite a greatly talented cast who knows what they’re doing, when they’re given a whole heck of a lot to do. In this case, they aren’t.