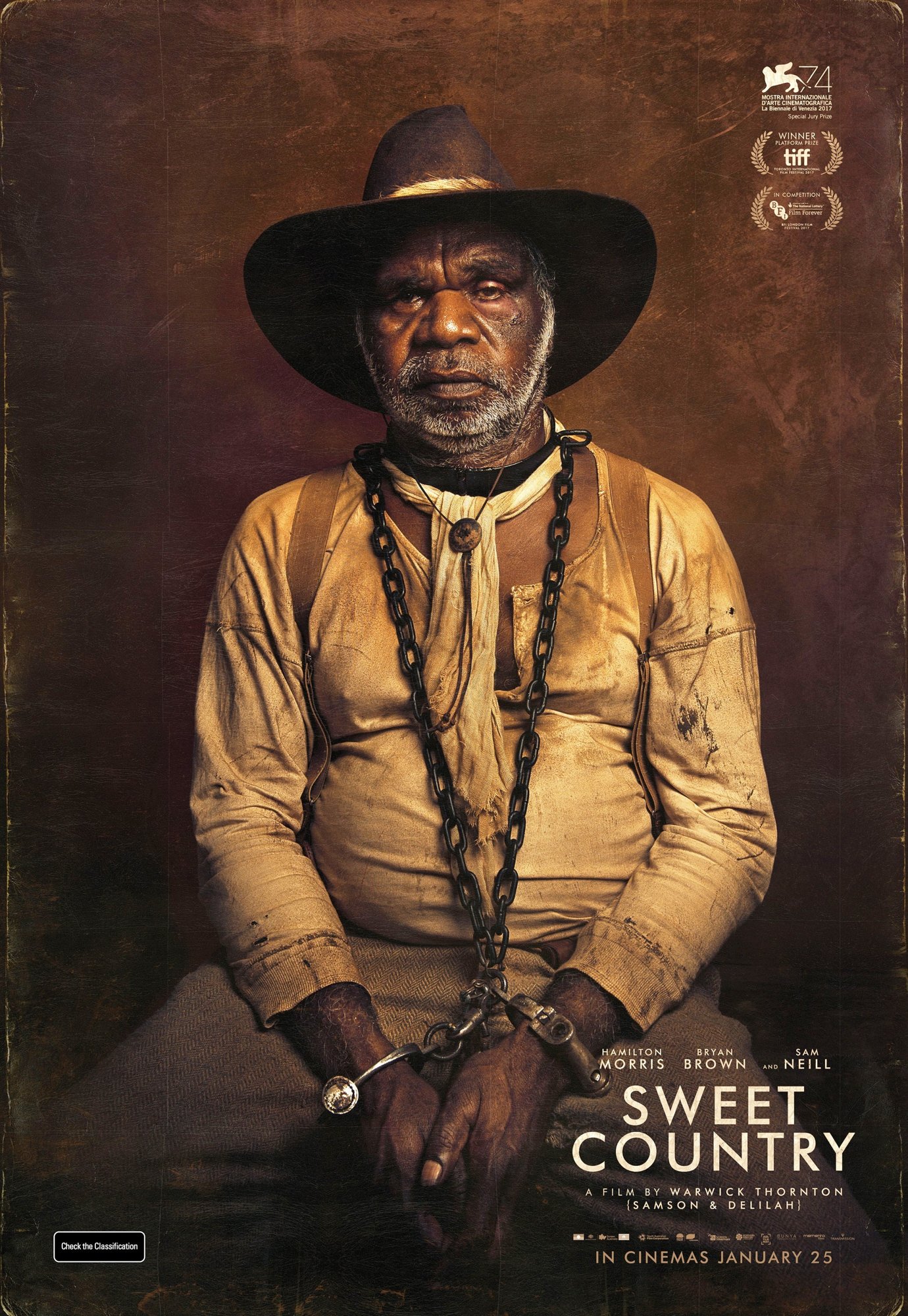 Sam Kelly (Hamilton Morris) is an Aboriginal farmer who’s family is being treated awfully by a local farmer (Ewen Leslie). But because this is Australia during the late-20’s, an Aboriginal man’s plight didn’t matter to the local law enforcement one bit; they just wanted to Aboriginals to know their place, accept it, and move on. But that all changes when, in an act of pure self-defense, Sam shoots the farmer dead in his tracks and heads for the hills. Obviously, this raises suspicions for all of those who hear about this, leading to a manhunt for Sam and his wife, involving Sergeant Fletcher (Bryan Brown) and a local mediator (Sam Neill), with the later beginning to see that this case may be more than just a simple murder. There’s more to the story and it’s up to Sam to not just turn himself in, but also confess to the truth, hoping that an honest judge will hear him out.

Unfortunately, that is a lot easier said then done.

Sweet Country is a very deliberate and mannered-thriller that, to some, may seem boring and slow. It’s not. If anything, it takes its time to get you in the mood for a kind of thriller that’s not going to be guns, guts, shocks, chills, and explosions right off the bat; it’s going to take its time to get to all those things after a little character-development, focus on setting, and most importantly, a good idea of what we’re working with.

And all of this matters, too, because when it does come for the violence, for the blood, for the killing, it’s all effective and a lot more surprising. Sweet Country, in ways, reminded me a lot of Bone Tomahawk, in that it was a smaller, much more quiet-thriller that took its sweet old time, but in doing so, also reveled in the moments when there was some truly sickening and disgusting acts of violence, making them far more shocking and disturbing. This is an element missing from most thrillers and it’s important, because it not only reminds you that violence, any act really, is bad, but is downright harmful to society and to the psyche of its citizens.

Meaning, the more of it we get, the more we get desensitized and forget what’s so abhorrent about it in the first place.

But of course, Sweet Country has a little something more on its mind than just saying “violence is bad, kids”. It’s also much more about racial politics and the divide that still plagues Australia to this day. If there was anything more I would have liked from Sweet Country, is that I wish it got into these issues more – simply showing the white man treating a Aboriginal man awfully is effective, but in ways, not enough. There needs to be a discussion, or perhaps, a little something more to make us really see this and understand this issue, especially to an outsider’s point-of-view.

That said, it’s hard to really get a lot of conversations out of a movie that probably has at least 50-70 lines of dialogue for its near two-hours. Still, it works and it makes you not only think about how these kinds of thrillers can be done, but why more aren’t made this way? Make us realize that this violence is wrong and even if it is somewhat justified, make us understand the harm in it all.

Cause sadly, it seems like people still need to be reminded of this.

Consensus: Definitely working at its own pace, Sweet Country is a slow, melodic, yet, incredibly effective thriller that can also disturb with the drop of a hat.