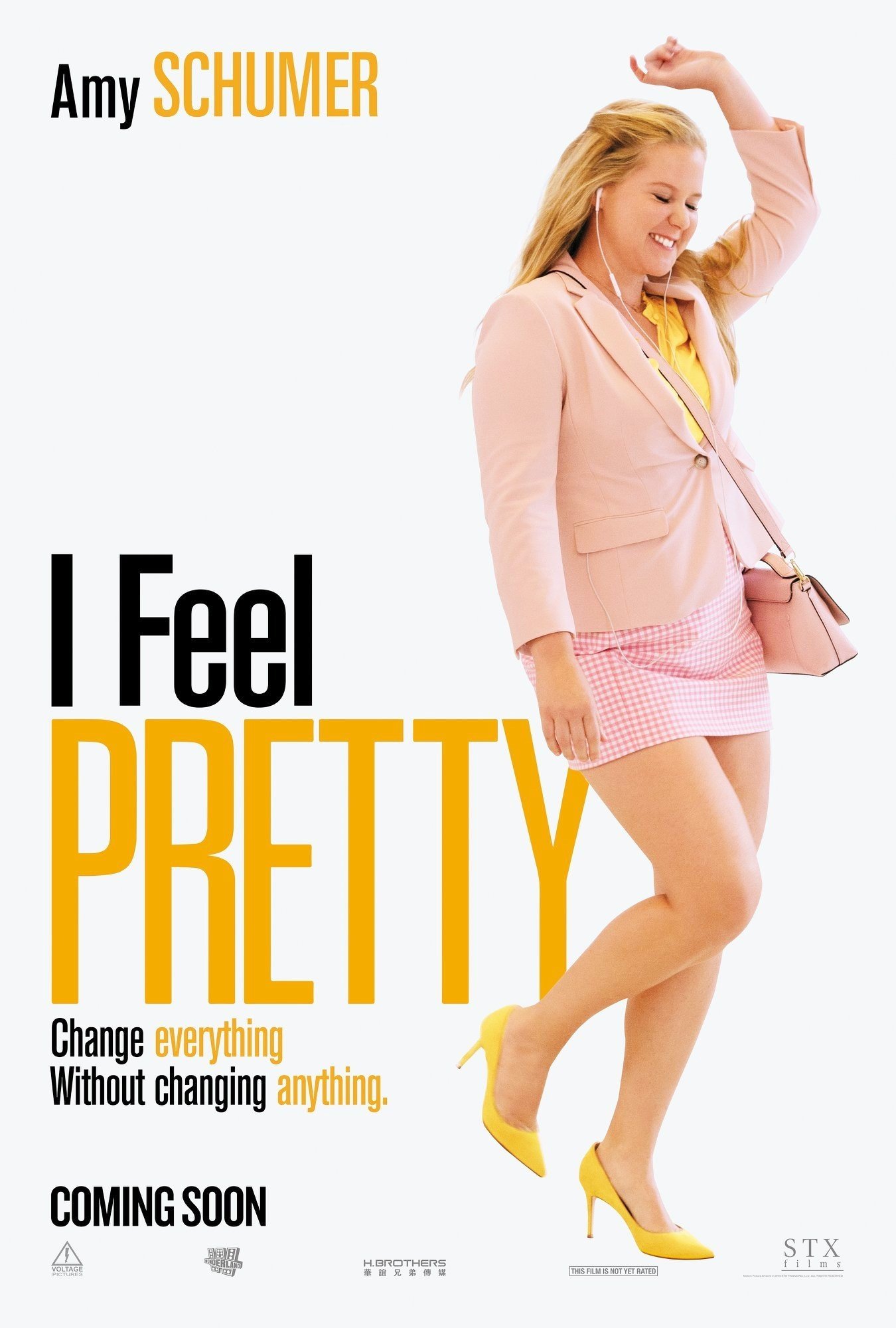 Renee (Amy Schumer) is just an ordinary, everyday, typical woman who aspires to be something greater in her life and above all else, beautiful. One day, she dreams for said beauty to happen to her and the next day, she wakes up and suddenly realizes that she is the most beautiful thing alive. The only issue is that nobody else sees it that way. However, Renee doesn’t let this get to her head but instead, use it to better her self; she becomes a receptionist at a top cosmetics company, begins dating a man she feels somewhat sorry for (Rory Scovel), and oh yeah, does what she can to stay hip and popular, even if her friends-for-life don’t necessarily feel that way.

Here’s the thing about I Feel Pretty: I love what it’s doing, what it’s trying to say, and its overall message, but it’s just not funny. Or better yet, it’s just not funny enough. See, with a comedy like this, when you have something of a gimmick plot and one that’s ripe with ideas and platforms to make jokes off of, you have to give a little something more.

Sure, I Feel Pretty is a step above most other studio-comedies in that it feels like it was written with a heart and soul and not ad-libbed beyond repair, but it still feels underwritten. It’s almost as if the idea was smart enough to work with, but there just wasn’t a story or even jokes there, but they already had a cast, crew and budget put together, so co-writers/co-directors Abby Kohn and Marc Silverstein just scrambled up what they could, see what mixed and leave it all at that.

And yeah, it shows.

But most of all, I Feel Pretty feels like a studio-comedy that may have been on the right-track, had it just ever gotten there. This message about women feeling empowered by believing that they are beautiful, no matter what, no matter what the mainstream media out there may tell you, is an honest and beautiful sentiment that I wish we got to hear and see more of from movies nowadays; it’s an age old message that has conveniently gone out the door, even if feminism is still incredibly relevant. And yeah sure, saying “what’s on the inside is what counts”, is a bit of a cliche, but it’s one that means something and it’s one that I Feel Pretty seems to be going for.

Until it doesn’t, for some odd reason.

See, rather than sticking it to rom-com norms, mostly, I Feel Pretty adheres to them without ever really being subversive or smart. It knows that it’s lead-character is meant to the voice-of-reason behind all of this, but Amy Schumer just doesn’t quite nail the tone of her character; she seems too over-the-top to be genuinely eager and happy, but also too sardonic to ever be taken seriously. Overall, it’s an odd mix for a character and an actress who seems like she’s not quite becoming the star as Trainwreck may have promised her as being.

Still, there are some funny moments that she, as well as the movie has, but they also feel like they aren’t even fully thought-out. There’s one key scene of hilarity by the end with Schumer and Scovel that seems to crack fun at relationships and is basically just a total comedy-of-errors, which got more ridiculous as it went along. It’s the only bright spot in a movie that had an occasional chuckle here and there, but mostly, felt like it had something to say, but not much else to do.

Sort of like me. Right now. Sitting on my laptop. Typing this mumbo-jumbo down.

Literally, not doing anything. Yeah, I’m a waste.

Consensus: Even if there is a promising idea here, I Feel Pretty never goes fully the distance with the intelligence, nor the comedy.