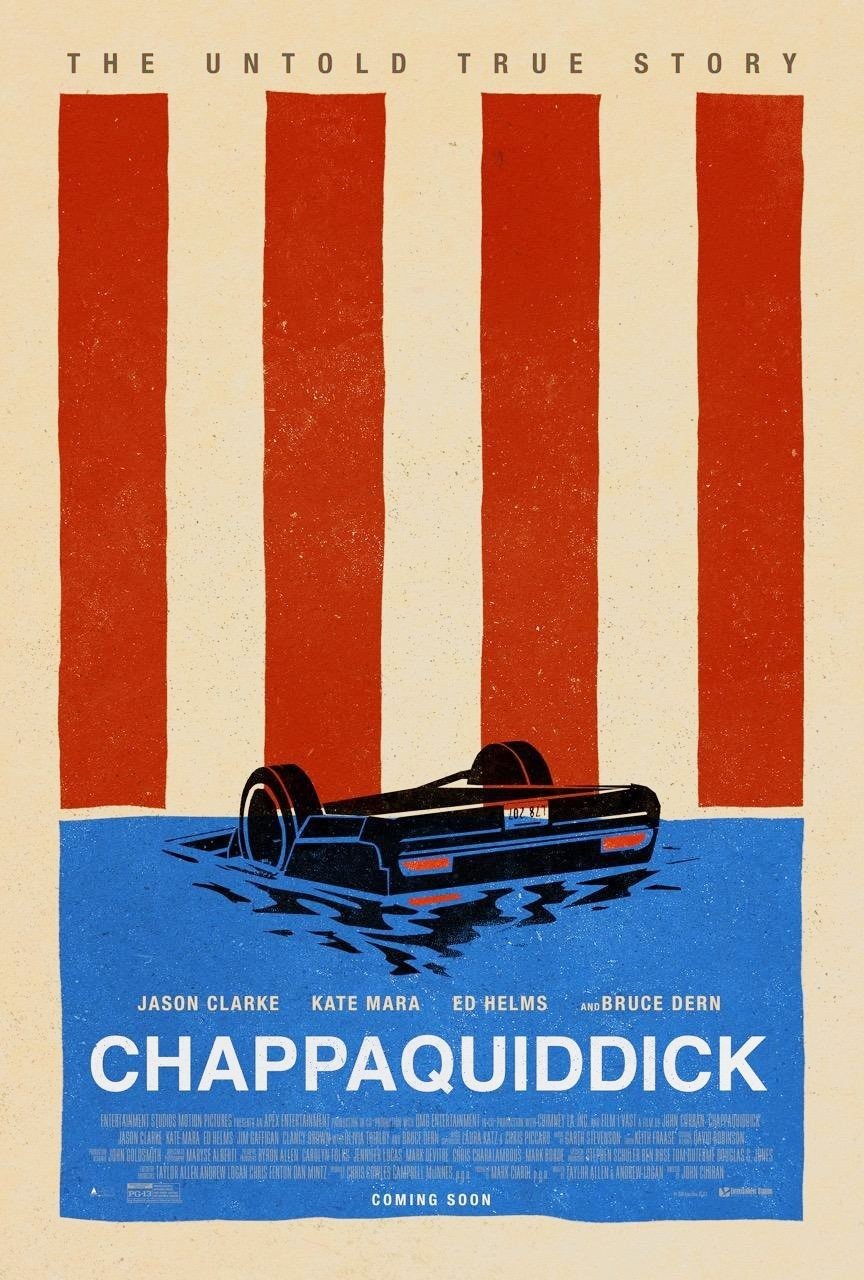 Politics and scandals? You don’t say?!?

Nearly a year after his brother Bobby was murdered, Sen. Ted Kennedy (Jason Clarke) was considered the next great hope the U.S. Democratic party had. Did he really want to be that? Could he even do it? All of those questions were about to get answered until on July 18, 1969, he drove his car off of a bridge on Massachusetts’ Chappaquiddick Island. The accident results in the death of passenger Mary Jo Kopechne (Kate Mara), a 28-year-old campaign strategist who worked for Kennedy. What was going on between those two? Was it an affair? Was it a simple case of just hanging out? Once again, more questions will be left in the air when there is an investigation into what happened, what Ted didn’t do, what he did do, and how this will affect his campaign.

Nearly 50 years later, we still have more questions than answers when it comes to the events that took place on Chappaquiddick Island that one fateful evening and unfortunately, Chappaquiddick, the movie, doesn’t necessarily help out with any of them. And it sort of makes sense because while it doesn’t want to play-out like a conspiratorial play-of-events like a JFK or Ruby (one movie is great, the other, not so much), it also doesn’t want to just generally assume. It talks a lot about what could have happened, what may have happened, and what did happen, but really, we don’t get the full low-down, which can make Chappaquiddick an interesting conversation-starter, but ultimately, a disappointing flick.

And a little dull, too, if I may add.

But really Chappaquiddick gets by on the performances, most especially from Jason Clarke as Ted Kennedy. Clarke has always been a sturdy, reliable leading-man and as Kennedy, he shows us a sad, somewhat naive guy who has been thrown into this position of possible power and influence, but only by chance. He has seen both of his brothers killed and is now left up at the stake, in hopes of continuing on the family-legacy, and you can see the tension and turmoil on his face throughout the whole film. It’s a solid performance, but one played with great subtlety that doesn’t go overboard on the accent or general charm that the Kennedy’s were known for having.

Everyone else fares relatively well, too, especially Ed Helms as Joe Gargan, Kennedy’s closest friend and advisory. His character ends up being the most interesting of the bunch because he actually has something to say and possibly even act as the moral middle-ground a movie like this needs. Watching a man feasibly get away with murder or negligence, for the sake of saving his own ass, is hard to really fathom or sympathize with, but Helms’ Gargan reminds us to always ask questions and possibly seek out the truth, even when that’s not always bound to happen.

But the rest of Chappaquiddick, as I said, doesn’t really go that far.

Oddly enough, it seems to suggest that whatever happened, as told by Kennedy, may be the truth. Whatever grey area there is, isn’t entirely developed and feels like possible backwash that would help out certain audience-members who maybe wanted to know and understand (aka, people like me). Director John Curran keeps the movie handsome enough to where we see it for its classy-look, but really, is also trying to hide the fact that it’s a bit dull and all too muddled, especially when it comes to finding out just what the hell happened.

I guess that’s why we have the internet for these sorts of things.

Consensus: A fine production, Chappaquiddick features some good performances, in an somewhat uninteresting movie that leaves far too many questions dangling in the air.