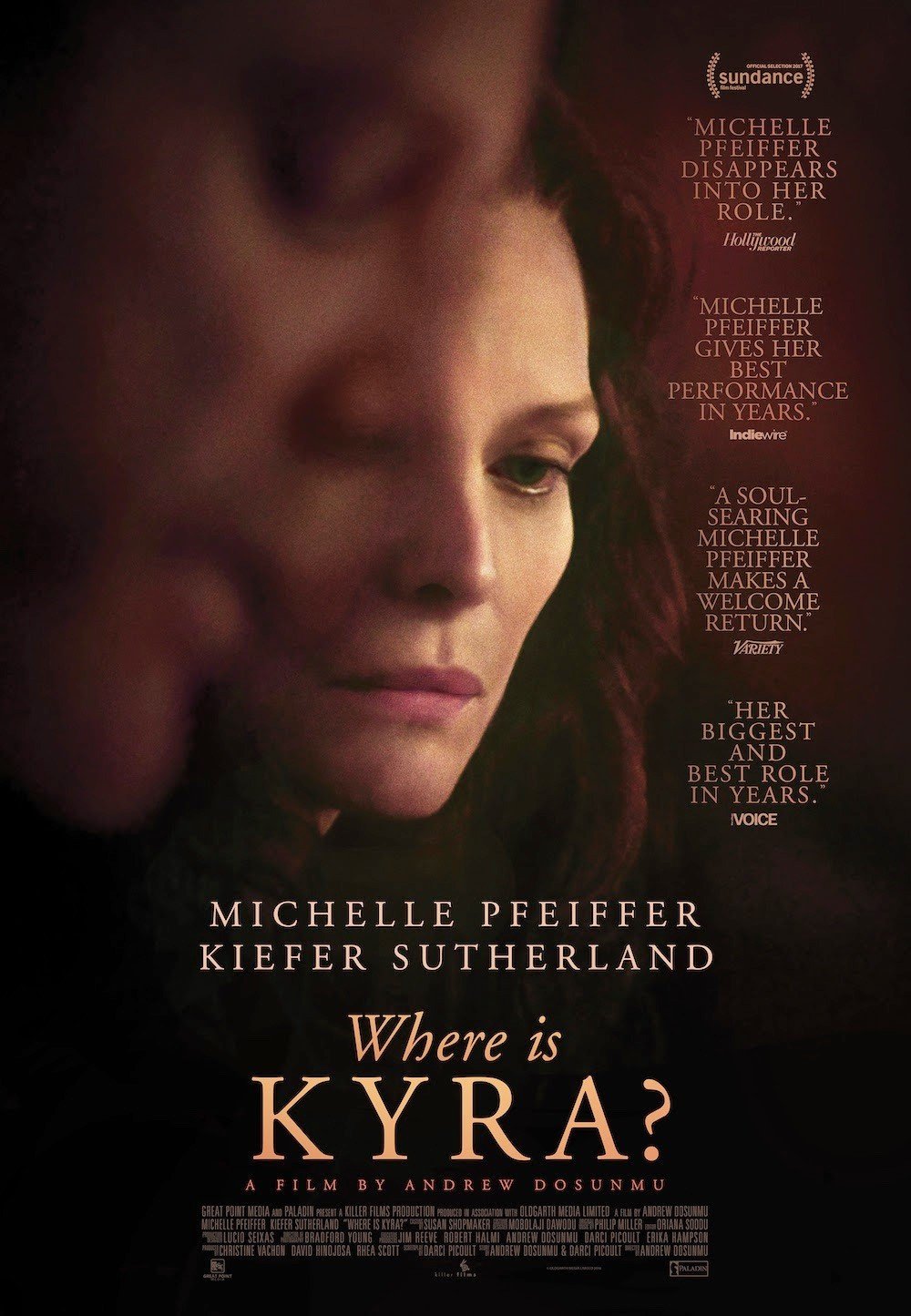 No seriously, where is she? I can’t see!

After her mother dies, Kyra (Michelle Pfeiffer) is left without much of a paddle to float on, figuratively speaking. She has no real job, no real money, and most importantly, no real home. So she now has to figure out just how to get a job, where to find some money, and most importantly, where the hell she’s going to stay for the time being. Of course, then she meets Doug (Kiefer Sutherland), a barfly who instantly takes a liking to Kyra and the feelings are somewhat reciprocated, even if she also is using him just to have some sort of safety-net. But Kyra can’t depend on him entirely so she has to do what she think is best and take matters into her own hands, which may also include breaking the law and landing herself into some very hot water. However, Kyra’s desperate and at this point, she’ll literally try anything to stay alive and somewhat healthy.

I make a joke about Where is Kyra? being so hard to see, because that’s literally the point: It’s so dark, the colors are so muted, the cinematography itself is so blurry, it’s hard to make out who is even in front of the camera until you hear their voice and you can make up your mind. Writer/director Andrew Dosunmu seems to be going for a dark, down-and-out, gritty-kind of film from the 70’s and for awhile, I thought it was set there; there’s no real cell-phones, mention of anything too modern, and the bank-teller that Kyra goes to see earlier is in the most tacky get-up imaginable, you would think that nobody would be victim to that fashion unless it was a sign of the times.

But nope. It’s set in the modern-day, darkness and all.

But all kidding aside, Where is Kyra? is a small, muted, but altogether interesting character-study that’s mostly bolstered by Pfeiffer and her amazing performance here. Sure, it’s no surprise to anyone that Pfeiffer can act, but it’s a surprise that so late in her career, she’s able to still give these awfully subtle, painful performances where you’re never sure what kind of person she is, if you can trust her, or what her next move is, but you’re behind her every move she makes. It’s a power to the acting of Pfeiffer that even when literally can’t see her on the the screen, we still feel her in every scene, mostly because she is there and if we feel anything, it’s her emotion as Kyra.

And really, Pfeiffer’s the main reason to see Kyra? and with good reason: The movie totally revolves around her. Kiefer Sutherland shows up as a possible love-interest who is more complex than you’d expect, mostly because you don’t know if Kyra is genuinely in love with him, or just using him for a shelter-in-place, but really, it’s Pfeiffer’s movie in every sense. She’s in every scene and makes it all worth it. You’ll wish that you saw more movies about emotionally-disturbed people like Kyra, but you’ll also wish you didn’t, because sometimes these tales are so sad, so depressing, and so disturbing, it’s best to act as if they don’t exist and watch a comedy or something.

You know, the ones that make you happy.

Consensus: Bolstered by a great performance from Pfeiffer, Where is Kyra? works as a small, rather tense character-study, even if it never goes anywhere further.