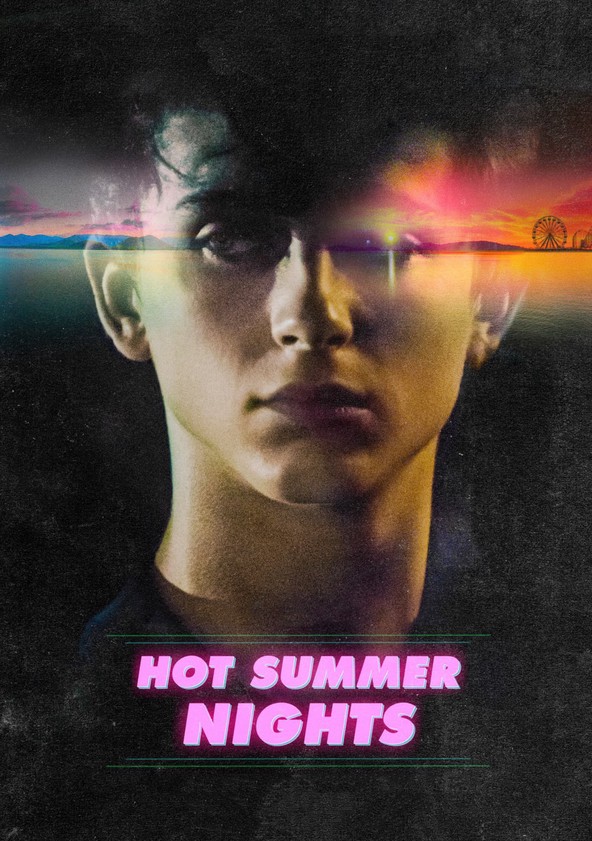 Daniel (Timothée Chalamet) is spending his summer in Cape Cod and already doesn’t know what he wants to do. He wants to make money, he wants to chase girls, he wants to make new friends, he wants to party, he wants to get drunk, and most importantly, he wants this summer to be a memorable one. And he gets exactly that when he meets Hunter (Alex Roe), a local bad-boy who everyone has some weird stories about. The two meet-up and start to hit it off after their shared affection of weed, then realizing that they both can make some extra cash by selling it this summer. Sure, it’s illegal and there is most likely some shady characters involved with the drug-trade, but the two think they’ve got what it takes to sell and make it out alive. Meanwhile, Daniel meets and falls head-over-heels for McKayla (Maika Monroe), who also happens to be Hunter’s estranged sister, causing all sorts of weird tension and turmoils.

Imagine if Breaking Bad was a bit of a coming-of-ager, but instead of being so dedicated to all of the drugs, the grit, the violence, the death, and the crime, it mostly just paid attention to the lead character’s angst and love-life. If you can see that, then yes, you have Hot Summer Nights, which is a movie that sounds a lot better than it actually is, but also has a pretty fun and kinetic style that allows you to forget about some of its short-comings, even while you’re watching it. That it’s a movie that takes place during the summer of ’91, yet, features polyester, long, frizzy hair, and a ton of 80’s tunes, makes it seem like it’s taking place in another dimension, and not the one we are currently in.

But it still surprisingly works.

Writer/director Elijah Bynum is clearly a very showy director and doesn’t let you forget about it once; the camera is constantly zooming all-over-the-place, the music loud, the narration even louder, and the characters dark, mysterious, and filled silly names like “Hunter Strawberry”. It’s the kind of movie that feels like it should be better, but is a tad too messy to really work as well as it should – it just has too many ideas, too much going on, and too little focus for one to really make sense of it all. It’s still entertaining, but a bit of a head-scratcher, which can sometimes make it a frustrating watch.

That said, Bynum gets a lot of mileage out of a simple, sometimes conventional coming-of-age tale that feels like it knows it’s audience is smarter and wiser than most crowds who go to see this kind of stuff. Even if the characters talk in cool-slang and don’t really feel like anyone we’d ever meet in our own, actual lives, they’re still interesting enough to watch and try to get to know. However, there’s always that distance that Bynum creates where he knows more than you and is a lot cooler and hipper – the kind of kid who always wears a Rolex no matter where he’s at, just to show the world that he’s the bee’s knees.

And yes, the cast is quite good, too. Chalamet does a very nice job as a meek and mild teenager who’s also losing a little control and it’s a fascinating slow-burn; Maika Monroe is both mysterious and charming, even if she seems like a type; Alex Roe, despite his accent sometimes going in-and-out, is very reminiscent of the old-school, bad boy as Hunter; and others like Emory Cohen, Thomas Jane, William Fichtner, and Jack Kesy all show up, bring a little bit of flair and fun to the proceedings, to not only remind us that they’re able to make this material pop-off when necessary, but in ways, make the movie a tad bit better as a whole.

Consensus: Quick and stylish, Hot Summer Nights works as an interesting mix of a thriller and a coming-of-ager, yet, never fully comes together as well as it should.