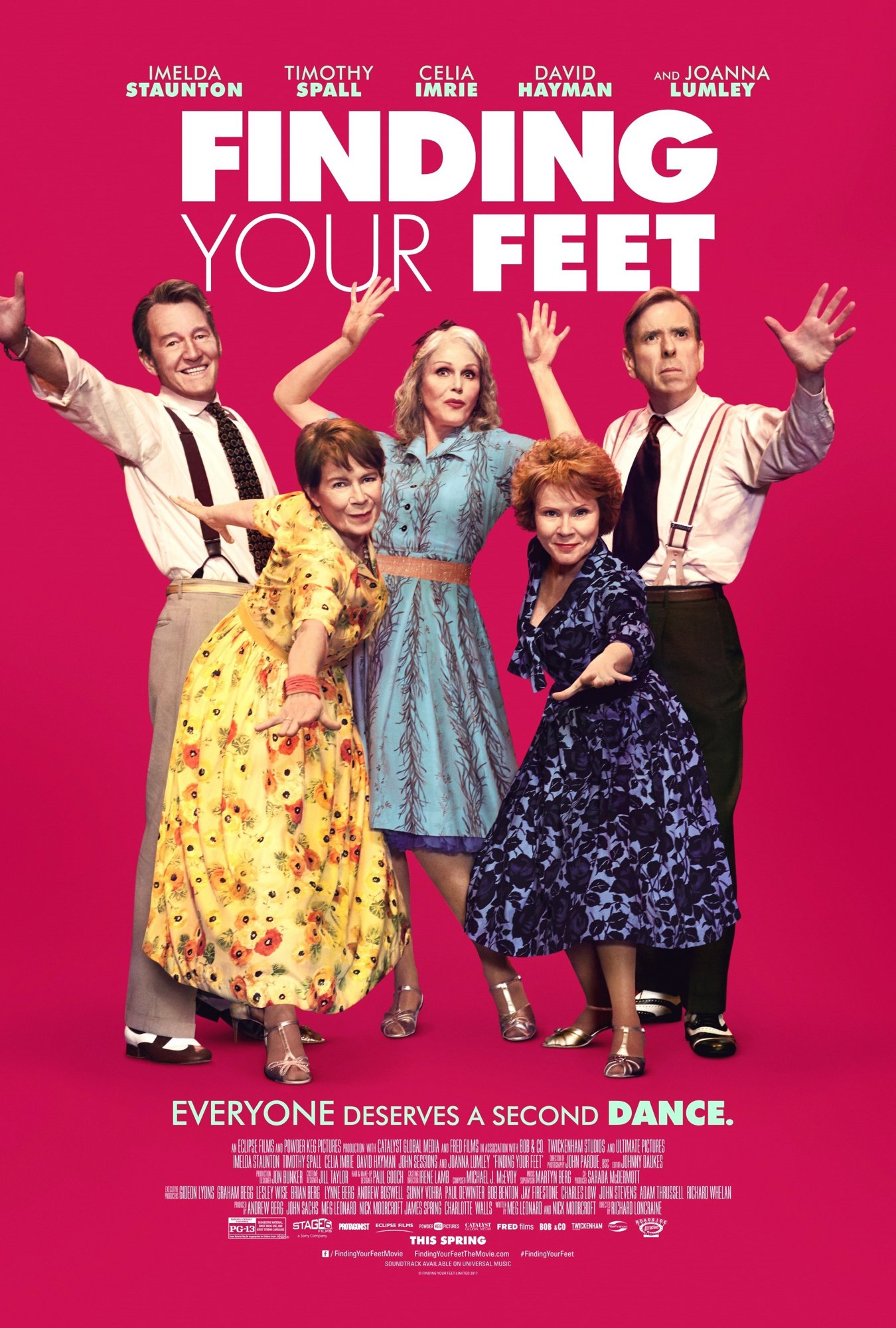 Dance till you drop. Literally.

Sandra Abbott (Imelda Staunton) soon discovers that her husband of 40 years is having an affair with her best friend, so she does what any betrayed person would do and that’s run-off and seek refuge in London with her estranged, older sister Bif (Celia Imrie). Both aren’t exactly alike and in all honesty, don’t quite get along; Bif is much more of a free-spirit, whereas Sandra is much more uptight and a rule-follower. But both of them share a certain love that they seem to really relate to and understand: Dancing. So they join their local dance-troupe, where they live-out their golden days in perfect fun and harmony. But for Sandra, her life begins to change when she meets Charlie (Timothy Spall), a fellow dancer who’s going through his own marital-problems and immediately takes to Sandra’s, uhm, dance-skills.

Finding Your Feet is one of those comedies geared more towards the older-crowd that’s so cute and sweet, it’s hard to really hate it. It’s the kind of movie that means well, wants to please you, pamper you, and make sure that you leave it with a bit of a smile in your face, and a warm feeling in your body. It’s exactly like a visit to your grandparents/elders and it’s why, deep down inside, I know that Finding Your Feet means well, but for some reason, I just can’t help but be annoyed by it.

In other words, Finding Your Feet is a lot like the Best Exotic Marigold Hotel in that it’s cloying, cheesy, sappy, and chock-full of silliness that doesn’t feel earned, nor does it ever make sense. Director Richard Loncraine seems to know that he’s dealing with thread-bare material here, but doesn’t ever seem to elevate it; messages about aging, love, and freedom, not only feel tired, but almost recycled to the point of where it’s hard to really see what this movie’s trying to say. Rather than getting old and wasting away your later-years, it’s better to go out there and dance? Meet somebody and shag them rotten? Stay married, even while you’re miserable? Go travel? Eat pizza?

I don’t really know. Either way, Finding Your Feet does its absolute best to keep a smile on its face, even while its tone flip-flops and the ensemble seems to be wasted. Imelda Staunton is usually a great actress, but as Sandra, she feels bored – she’s clearly playing a conservative type, but her character never really grows out of that stance. We’re supposed to believe that her ways are changing and she’s beginning to be more impulsive, but it never rings true. It’s not the same case with Timothy Spall who, as Charlie, gets the chance to play a wise and nice bloke who doesn’t really take life or anything else all that seriously. Watching the two together here made me wish that they would do another Mike Leigh film and help me forget that Finding Your Feet, while earnest and meaning well-enough, didn’t really shake its tail-feather.

Now how’s that for a reference!

Consensus: Undeniably cute and earnest, Finding Your Feet is also another comedy about older-people who find another fresh breath of life, yet, doesn’t feel altogether original or interesting.