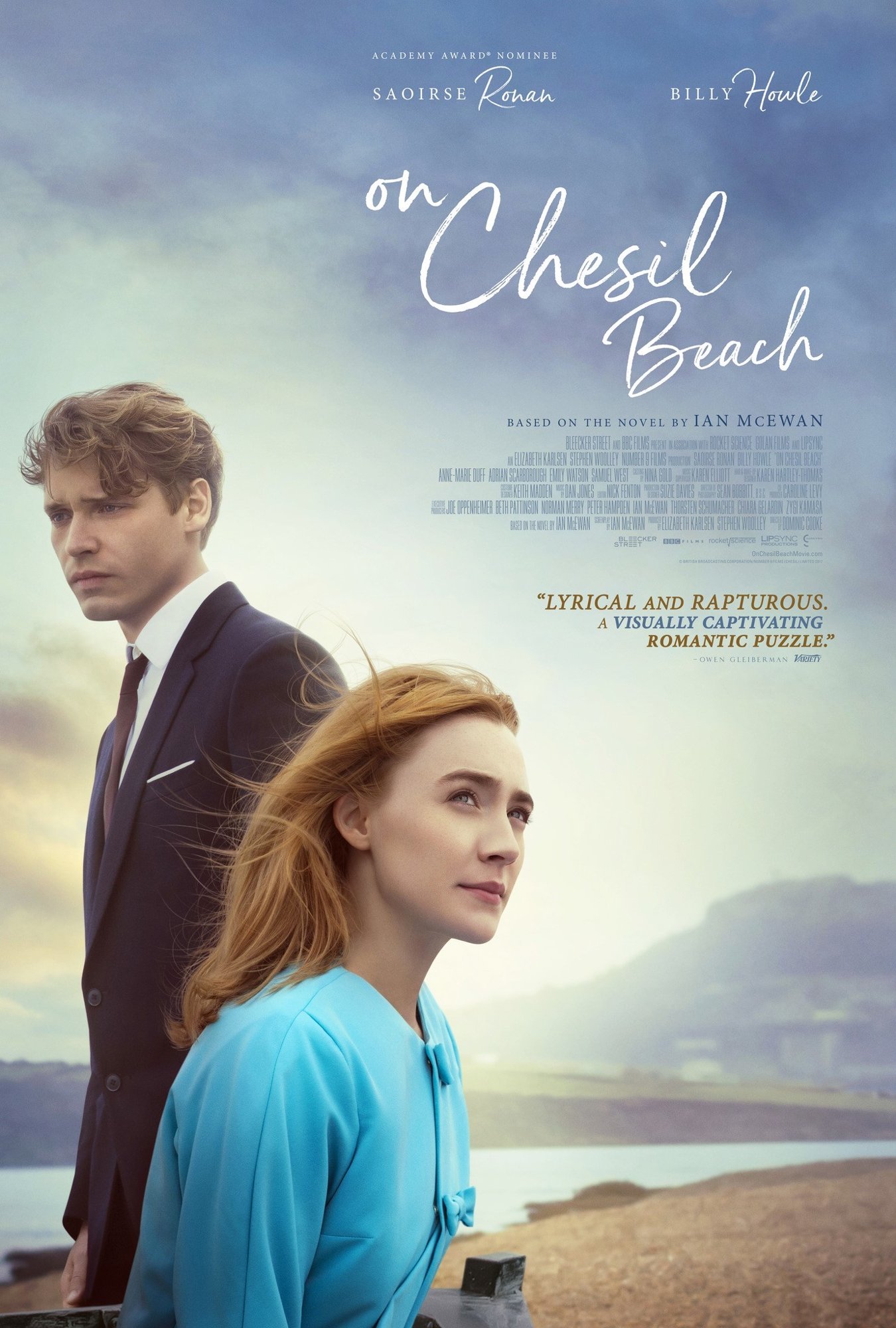 Florence Ponting (Saoirse Ronan) and Edward Mayhew (Billy Howle) are two people who seem like they’re from different sides of the track. She’s upper-class and loves Beethoven, whereas he’s more middle-class and prefers Chuck Berry. Together, the two are inseparable and are already thinking of the future – marriage, kids, jobs, and most of all, sex. And now, with a weekend away, far from the rest of their families and any other obligations, they can finally seal the deal and continue to take their relationship to the next level. However, the two are a lot different than the other had imagined and it’s what ultimately causes the weekend to not really go as planned, nor the relationship either, for that matter.

On Chesil Beach feels like it definitely worked best as a book (which it is) and not so much as a movie. And without having even read the book, you can already tell – there’s a lot of extra-padding, a ton of flashbacks, random cuts forward in-time, meaningless conversations that last took long, and a general feeling of the show needing to get on the road. Director Dominic Cooke and writer Ian McEwan who, of course, wrote the original source-material, seem to know how to make the movie moody and just the right amount of depressing, but that’s about it.

There’s simply too much with what already seems like pretty thread-bare material. And once again, this is coming from someone who hasn’t the read and after seeing this, probably doesn’t intend on it (maybe). On Chesil Beach is just another matter and case of a book that’s challenging and short enough to probably stay put where it is and not try for the big-screen adaptation, where there’s more freedom and wiggle-room to explore and adventure. However, sometimes, that’s not always the smartest move to make and On Chesil Beach is that shining, almost glaring example.

Does that make it awful? Surprisingly, no.

If anything, it just makes it more of a disappointment because there is a great deal of good here. More importantly, Ronan and Howle are so good that it almost makes me wish the movie had been much more focused on just them and not decided to linger around everywhere it could. They both work well together, too, as they really allow you to see and understand why these characters may be almost too different to really work; she’s much more modest, whereas he’s a little more on the brawny and gritty side. Together, they not only make a cute couple, but a believable one that, had it only just been them, in a room, together, fighting, f***ing, or gabbing away.

Instead, the movie we get is a solid portion of that, yet also, a bunch of other stuff that seems unnecessary and obviously added-on to hopefully make this longer than just an hour. And once again, Cooke and McEwan do try their best to distract us from this – the movie is genuinely beautiful and has a point about life, love, and the constitutions of marriage – but it can’t help but feel like a 110-minute movie, that could have been cut-down way to size. Had it been, maybe we’d be working with something better and much more meaningful, and would have also allowed for Ronan and Howle to really shine.

They still do. But not nearly as bright, unfortunately.

Consensus: As sad as it can sometimes get, On Chesil Beach hardly amounts to little more than an interesting idea, with some good performances, in an otherwise jumbled and too-long adaptation of a much shorter-piece.