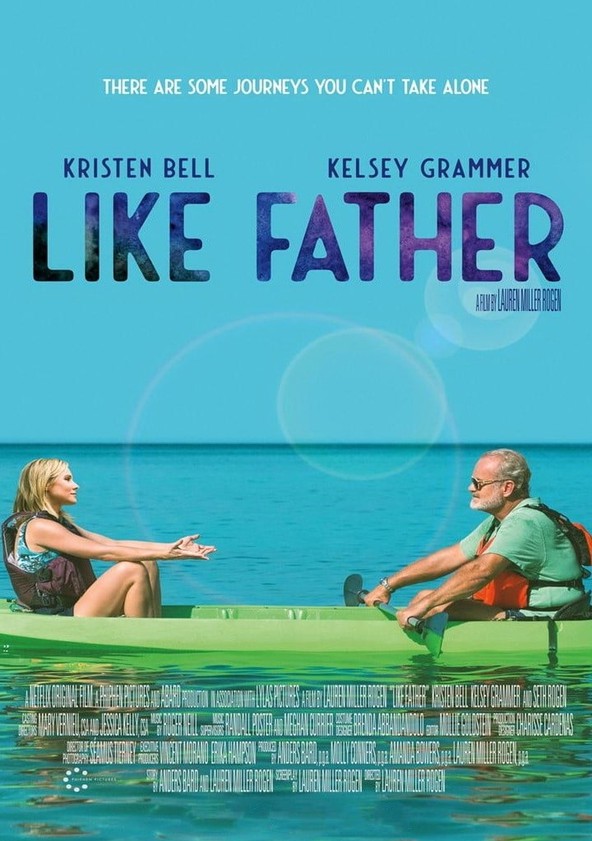 Rachel (Kristen Bell) has a lot going for her in life: Smart, successful, and soon-to-be-married. However, that all comes crashing down when she’s left at the altar and oh yeah, the father, Harry (Kelsey Grammar), that she hasn’t seen since she was five, shows back up and all of a sudden wants something to do with her life. But why? Honestly, Rachel doesn’t really care, but somehow, through someway, they both end up getting hammered together and on Rachel’s honeymoon cruise that was meant for her and her husband (obviously). But considering that the two don’t really really know each other, like at all, they decide that there’s no better way than to get to know each other than through the forced-enclosure of a cruise. The two soon find out that there’s a lot they have in-common, as well as, a lot that there’s still room to fight about.

Like Father is like one of your friends who is always so fun, so hilarious, so exciting to be around almost all of the time, that you never know when, or hell, if they even have a serious-bone in their body. That is, until you find out that they do and it’s already late at night, they’re drunk, emotional, and crying all-over-the-place about how they have some real issues and problems to deal with, giving you the impression that this person’s a lot more serious than you had ever thought. In fact, they’re almost too serious, but they pick it up and resume like everything’s back to normal, as if nothing ever happened.

It’s the kind of movie that loves to be wacky, over-the-top and a little silly, but when push comes to shove, it gets dark, serious, and somewhat upsetting, as if it wants so desperately to be taken seriously, but also a laugh-out-loud riot at the same time. It’s weird to say this because while you want every comedy to at least have some drama and seriousness to go alongside the jokes, you also don’t want it overdone; it has to be just melodramatic enough to warrant “serious”, but just light and frothy enough to warrant “comedy”. Like Father never quite figures out that middle-ground and it creates a problem for a movie that could have, quite frankly, benefited from a few more rewrites.

And it’s weird, too, because it’s not like the drama doesn’t work here; there’s clearly some emotional-pains and blisters that we see in these characters, but when they break-down, they break-down hard. Which is a problem when, a scene before, you have characters smoking pot in the jungle and jumping into a lake. It’s an odd transition of sorts, and while I want to give writer/director Lauren Miller the benefit of the doubt, it’s hard not to see this and think about how it could all be solved.

So there you have it, less drama. Case closed.

Cause a good portion of Like Father works – it can be very funny, sweet, charming, and yes, features Grammar and Bell firing on all cylinders. But the drama can be so dark and sad, it’s almost a wonder why anyone bothers smiling in the next scene. The jokes aren’t bad, per se, they’re just pushed-up against some depressing stuff; imagine if someone did a knock-knock joke immediately following a funeral. It just doesn’t work, no matter how charming the person telling it may be. Sometimes, you just need a darker situation, or a lighter one, and sort of stick with what you can.

And now you can all tell why I don’t work in Hollywood.

Consensus: Grammar and Bell are charming together and bring out plenty of laughs within Like Father, but the uneven tone and over-aching drama can get in the way.