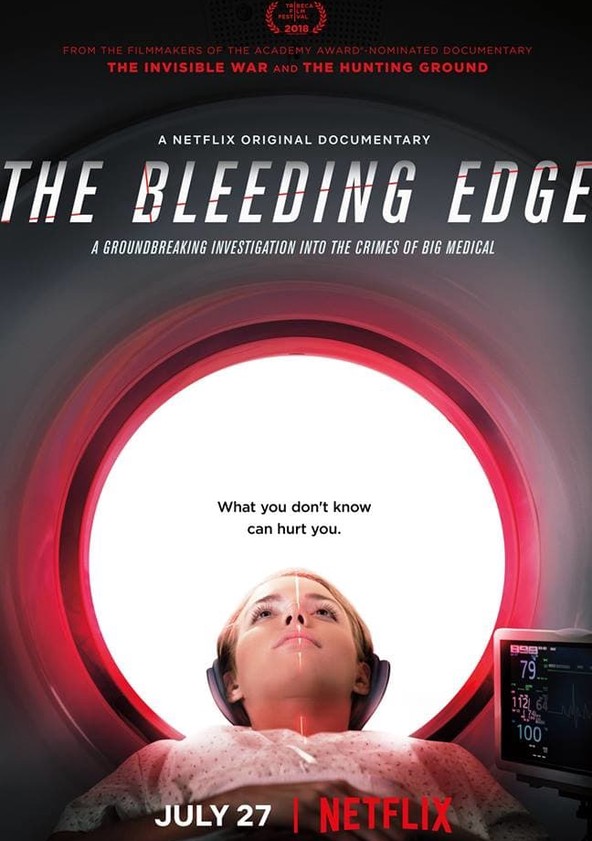 If you can’t trust the doctors, who can ya trust!?!

The medical device industry is a $400 billion business and while you may think it’s for the greater good of society, guess what? It’s not. In fact, it’s like any other industry: Corrupt, filled with people in it for the money, and absolutely harmful to anyone who decides to become a part of it. In this case, it’s mostly woman who have, in the past, decided to use Essure, an automatic birth-control device inserted into the uterus, and the results for many of these woman were far from what they wanted. In fact, they were horrific, to say the least. And now, they want to do something about it.

So far, Kirby Dick and Amy Ziering are on a roll with activist, call-to-action documentaries and they don’t seem to be stopping anytime soon. The Invisible War was a heartbreaking, shattering look at rape in the Army, which actually got the Pentagon and various other members of Congress to take a closer look at these problems, whereas the Hunting Ground tackled campus-rape and shined an even more brighter light on the horrible reality it is and how it doesn’t seem to getting any better. It seems like they’re the two directors who take on a controversial subject that pisses them off and don’t stop at the beginning, but continue to dig, and dig, and dig, until they’ve gotten all the dirt, muck, and grime all over their bodies and feel that something’s accomplished.

Basically, they’re the new Michael Moore’s, except without all of the annoying self-aggrandizing.

Regardless, the Bleeding Edge is another devastating look at the medical device world which, on paper, may not sound all that corrupt and scary, but once the reveals get going, you realize that it’s the most corrupt business on Earth. Dick and Ziering share so many testimonies of absolute shock, awe, and horror, that it’s hard not to be disturbed by what you hear. Women bleeding non-stop, not being able to breathe on a daily-basis, non-stop head-aches, no sexual-activity whatsoever, and all for what reason? This medical device called Essure, that’s supposed to control the process of birth, yet, comes close to killing all of those who use it.

And while the Bleeding Edge is mostly a simple documentary with a bunch of facts, a bunch of talking-heads, and even more gross-out stories than you can bear to hear, it still drives home the point that this business is corrupt and it’s wrong. Dick and Ziering even go one step further by showing that it’s sometimes not even the hospitals that are to blame, but the doctors themselves, who are bought-out by these medical device companies, who just want their devices to be pushed more and more, even despite the fact that these devices haven’t been used yet and were only passed by the FDA because, as the movie shows, the FDA are a bunch of bumbling idiots who literally don’t know diddly-squat about health or science.

The parallels to those global warming non-believers is startling, to say the least.

But like I said, the Bleeding Edge is effective and shows that Dick and Ziering don’t have to do much behind the camera to really make an effective piece. Still, they go a step further and continue to get as much info as they can, no matter how awful it can be and sound. And hey, with Essure itself actually leaving the shelves by the end of the year (hopefully not too late to where people stay far and away from the device), I guess you can say that the movie did it’s job and is here to remind you that documentaries can change lives.

Sometimes. Not all of the time. But hey, it’s the little wins that matter the most.

Consensus: Hard-hitting and effective, the Bleeding Edge drives its message home with facts, horrific testimonies, and a call-to-action that hopefully shines an even brighter light on the surprisingly corrupt world of medical devices.