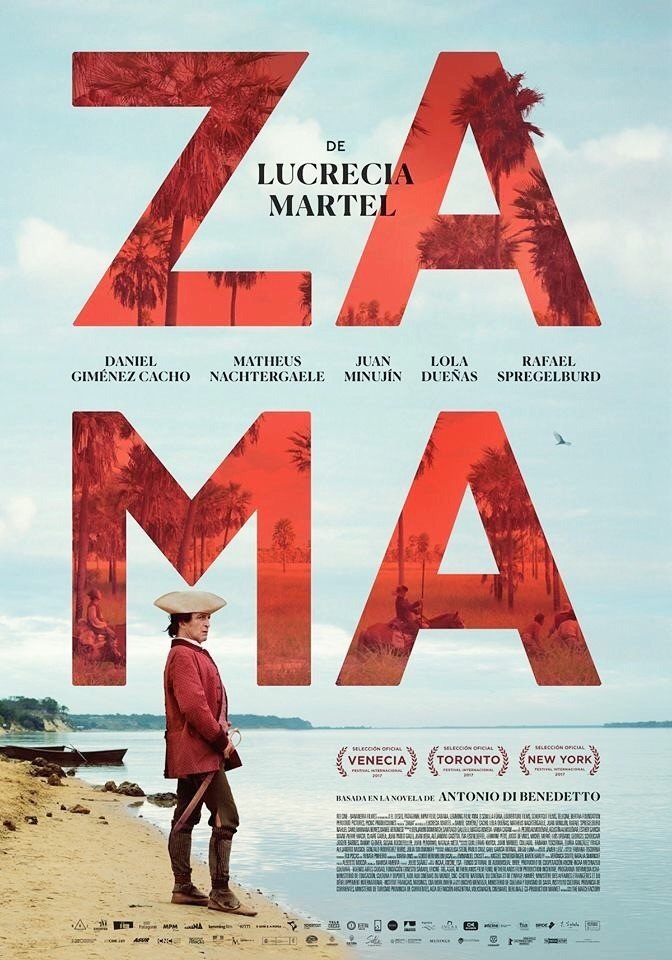 It’s the late-18th century and the Spanish Empire is falling apart. All of the colonizing, raping, and pillaging that they were able to get away with, is now finding itself coming back to bite them in the rear-end, with certain colinies totally deteriorating, and others on the brink of it. One such person who notices this from the beginning is corregidor Don Diego de Zama Zama (Daniel Giménez Cacho) who believes that it’s his time to leave and requests a transfer. The only problem is that request falls on deaf-ears, time and time again, and he’s left with nothing more than a slight promise, yet, no real reward. So what’s he to do? Live out his final days, making amends for all of the sins he’s no doubt caused? Or, better yet, do what the hell he can to get out with his head in-tact?

Writer/director Lucrecia Martel is not a very easy director to fall in-line with. I get that and understand that, which is why when certain people don’t really get her movies, it makes sense. She doesn’t concern herself too much with plot, her pacing is slow to say the least, and every one of her shots are so meticulous in nature that you can almost call them “pretentious”. But for some reason, I dig it and continue to dig it, even if Zama feels like a slight step down.

And why is that? Well, Zama‘s actually a comedy and much lighter-fare compared to all of her other movies. There’s still a lot of familiar-territory being broached here – like Martel’s hatred for the rich and powerful – but mostly, it feels like it’s a movie that wants to be funny, yet dark and serious and doesn’t know how to have it both ways. Though Martel wrote this, she adapted it from a novel, which is probably where some of the issues come from; the feeling of having to remain faithful to the source material, yet still retain some of your own original voice, can sometimes be a problem.

In the case of Zama, it is, but it isn’t a deal-breaker.

Every shot is still meticulous, there’s still a lot that Martel has to say about the rich, powerful and bumbling idiots that have too much time on their hands, and a growing sense that Martel is really not just digging into these kinds of people, but the governments that allow this to happen as well. The main joke about Zama is that everyone in power literally doesn’t care about what’s going on all around them, so they continue to drink, smoke, screw, and enslave a whole nation that doesn’t have enough power to fight back just yet. As we know from history, time will surely get the better of those in-power, but just waiting around, watching, and listening to these people, you get the sense that Martel is still a little angry and should definitely be.

And it’s why the later-half, when it gets very tense and serious, should have worked better. The movie becomes much more about this point I brought up, the violence, and general savagery of the natives, which could have worked in any other movie, but Zama is a little too silly at times to make this tonal-change work as well as it should. Martel isn’t quite known for the intentional comedy and you can sort of tell; stuff comes off as “over-the-top” and “wacky”, but still not be considered a “satire”.

It’s odd, but then again, that’s exactly how you can sum-up Zama. The movie, as well as the character himself.

Consensus: As odd and as beguiling as it can get, Zama plays as a weird social-commentary, proving that Martel can remain an interesting voice in cinema, even when she’s not always connecting.