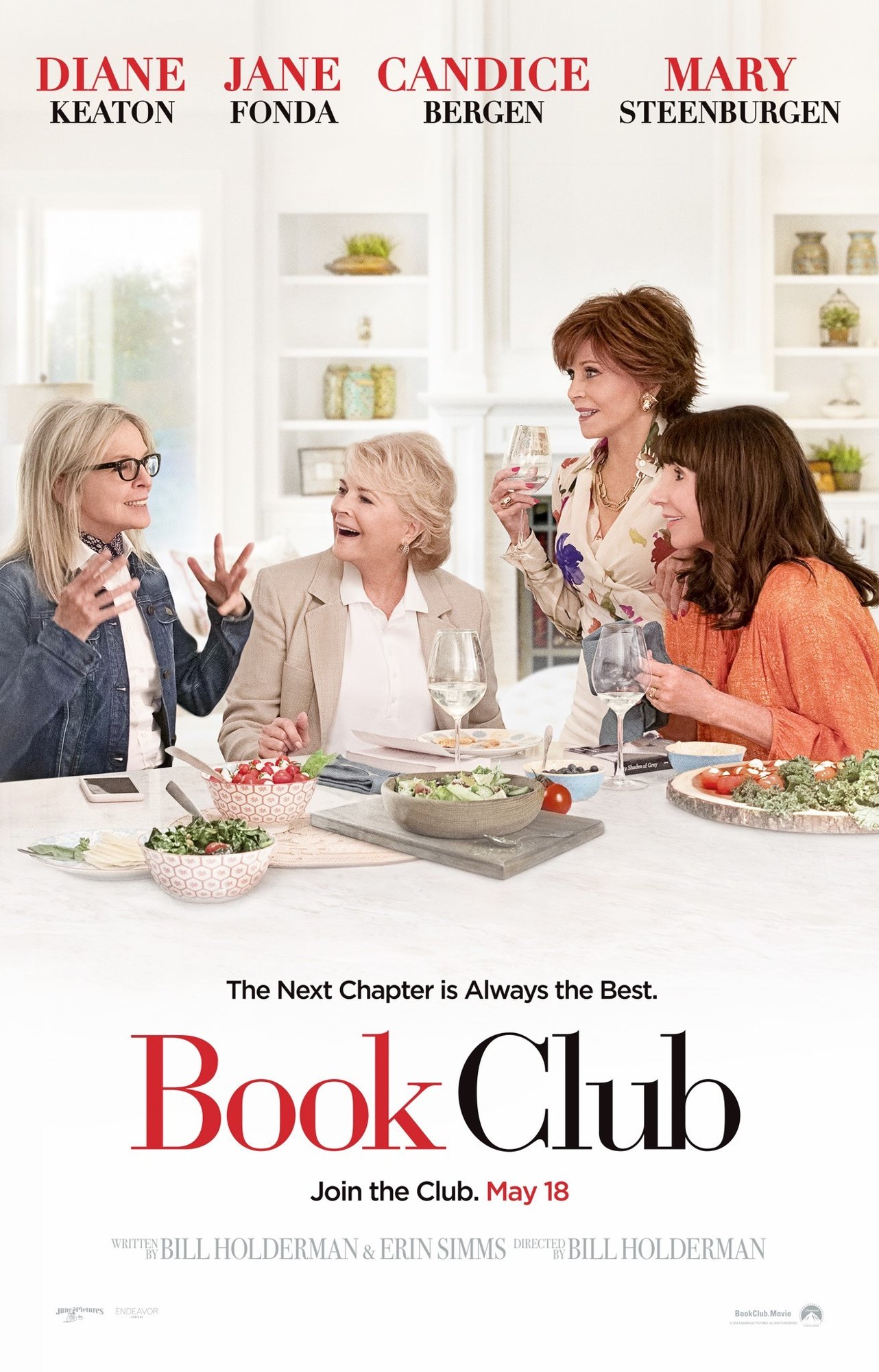 Vivian (Jane Fonda) enjoys her men with no strings attached, Diane (Diane Keaton) is recently widowed after 40 years of marriage, Carol’s (Mary Steenburgen) marriage is in a slump after 35 years, and Sharon (Candice Bergen) is still working through her decades-old divorce. While these women all live separate lives, they are connected by their own little book club, where they are continuing to read and try and finish the 50 Shades of Grey trilogy. And in many ways, the book begins to have a positive effect on their lives. Vivian decides to give it another go with a former-flame (Don Johnson); Diane tries it out with a pilot (Andy Garcia); Carol is trying to reignite the spark she once had with her hubby (Craig T. Nelson); and Sharon is finally giving in and trying her hand at online-dating. All women’s explorations have mixed-results, yet, they also offer plenty to talk about.

Without these four legends on the screen, Book Club would have been absolute and total crap. In fact, it comes very close to being as such, even with them in it; the script is so poor, the direction is boring, and the characters are so thinly-written that they hardly register as real people. It’s the kind of movie that would have never been green-lit had none of these people involved actually said “yes”, but even with them having said yes and still doing this, for some reason, it still doesn’t quite work.

And it’s a shame because watching these actresses on-screen, you can tell that they’ve still got what it takes. Unfortunately, Hollywood seems to have only interest in casting women of a certain age in roles where all they do is run around, drink wine, get horny, and gab about it for days-on-end. Book Club is a lot like an elderly-version of Sex and the City, with just about every character fitting into their own “type” within the group dynamic, but it never actually gets to much of the truth about sex, love, and the idea of restarting after so much time has passed.

Maybe I’m expecting so much more than I should, but honestly, with this cast, it’s hard not to.

You want for these ladies, and many others like them, to continue to get smart, meaty-roles where they aren’t just the wacky supporters thrown to the side for comedic-effect, or a one-two scene punch-up – honestly, they deserve much better. And you can see some of that promise in Book Club; there’s at least one or two scenes involving each cast-member here that reminds you why they’re great and why they deserve to be around more often. Most especially, Candice Bergen steals the show, with the best lines, lightest-performance, and most interesting character who, had this been another different movie altogether, would have been fine in her own space.

Same goes for Jane Fonda who is basically playing, get this, Jane Fonda. She’s lean, mean, obsessed with fitness, not afraid to be independent, and always around to have something smart to say. Her and Don Johnson have this lovely chemistry that, like with Bergen’s subplot, made me wish we got her own movie. Cause as much as I love Diane Keaton and Mary Steenburgen, their subplots just aren’t interesting enough to really work or grab the attention, especially when Bergen and Fonda’s are already sort of working a bit better. Nothing’s perfect here, but there’s some stuff that’s better than other stuff, which is better than having no good stuff at all.

Consensus: Hammy and poorly-done, Book Club proves what can happen when you have a great ensemble of pros who know what they’re doing, even if there’s nothing there for them to work with.