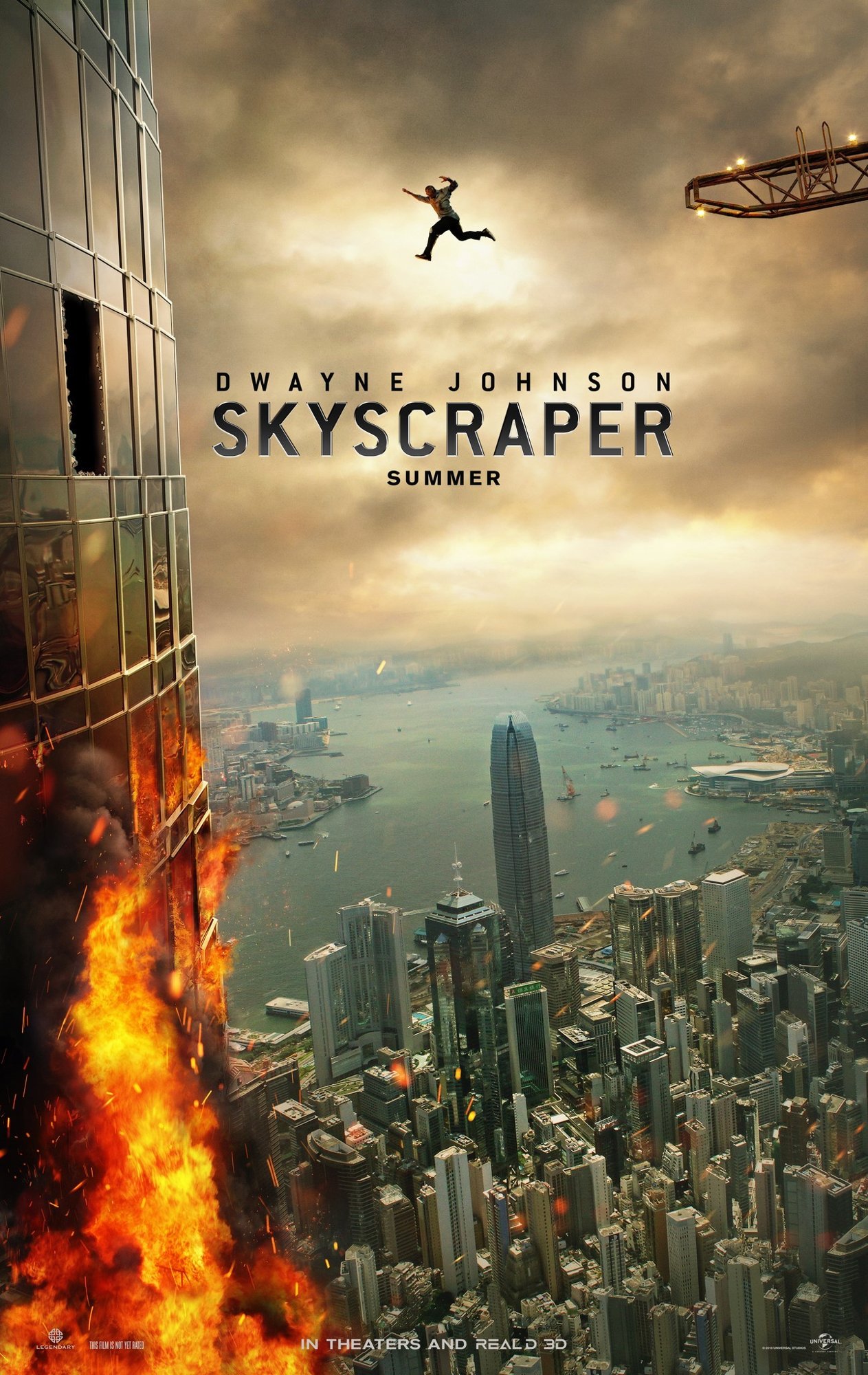 Will Sawyer (Dwayne Johnson) is a former FBI agent and U.S. war veteran who, after losing a limb in a dangerous mission, now assesses security for skyscrapers and it’s made him not just a wealthy man, but a happy one with a lovely wife (Neve Campbell) and kids. While he’s on assignment in China, the world’s tallest and safest building catches on fire and somehow, through some nefarious beings at play, he gets framed for it. Without much of a reason of what’s going on, or who’s behind it all, Sawyer’s main concern is saving his family and getting them out of the skyscraper before it comes tumbling down like a towering inferno. But while he’s at it, he also hopes to be able to stop the bad guys and clear his name, once and for all, before it’s too late and the world is already out there against him.

As per usual, the Rock shows up in another goofy, over-the-top, and somewhat crazy big-budget spectacle that finds him defying on the odds on about everything that stands in his way and yes, it still kind of works. Where Skyscraper differs from the other of Rock’s movies is that, well, it doesn’t – it’s still stupid, it’s still filled with tons and tons of CGI, and it’s still really fun to watch. There’s a certain bit of stupidity within that Skyscraper that becomes a bit too much to overcome, but mostly, it remains a fun movie that takes Die Hard, mixes it with a little bit of the Towering Inferno, and throws the Rock in there for good measure.

Unfortunately, Skyscraper is not that kind of movie. And to me, these kinds of silly, overtly stupid ones are just fine, so long as they keep it fun and silly the whole time; Rampage was helped out by the fact that it didn’t always take its premise awfully seriously and could wink a bunch at its audience, while delivering monstrous set-pieces. Skyscraper has a lot of the same ingredients as Rampage, but it feels like it’s missing that knowing, or even self-awareness, which can sometimes make it seem very melodramatic and self-serious, as opposed to goofy and in-on-its-own joke.

Occasionally, you’ll get a brief bit of self-referential humor – like when the Rock goes to break open a door, until he realizes that all he has to do is turn the knob – but mostly, there’s a lot of bloodless-killings, crying, melodramatic speeches about peace, love, and family, and most importantly, near-death experiences. Some of it’s a little too dry to really work within the confides of something that is inherently wacky, which is why Skyscraper never quite got off the ground for me.

It was still enjoyable to watch and as per usual, the Rock is charming as hell, but there’s something missing that makes it as fun as the Rock’s other stuff. Even Neve Campbell playing the wife of the Rock’s here, who gets the opportunity to be more than just “the wife” and actually kick some ass, only slightly makes it somewhat different than most of what we’ve seen from his blockbusters.

Still, it’s the Rock and it’s hard to go wrong with him.

Consensus: Just as silly and as over-the-top as you’d expect, Skyscraper also sticks a little too closely to its self-serious tone, never allowing itself to fully get under the fun feel we’ve come to expect with the Rock’s movies.